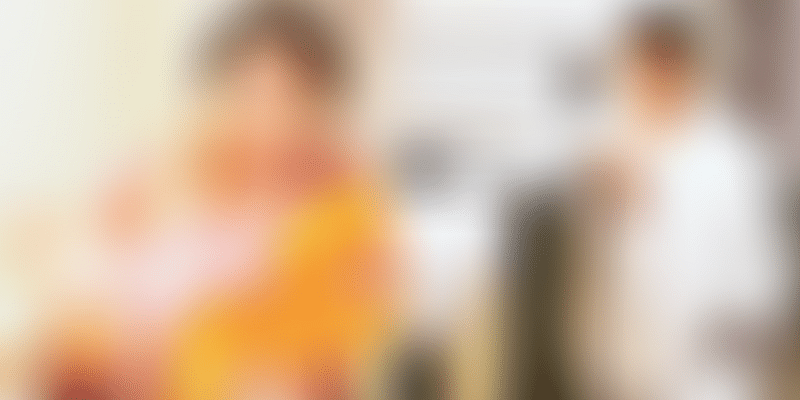 “I come from one of most backward castes that is supposed to be stitching not the new footwear, instead the used ones. My father was influenced by the freedom movement and believed in the empowerment of all. Though he was formally not educated, he broke caste professional barrier and learnt on his own.”

She was born and brought up in a slum in Gulbarga. She sold vegetables to make a living. She remained unmarried, focused on her education, and went on to become one of the most reputed Oncologists of India, and the Vice President of Karnataka Cancer Society. A recipient of numerous reputed awards, Dr. Vijayalakshmi Deshmane recently retired as the Head of the Department, Oncology and Director in the prestigious Kidwai Hospital, Bangalore.

According to Times of India, Dr. Vijayalakshmi recalls, “Those days, only boys would be sent to school but my father insisted my sisters and I attended classes. This was unthinkable for a Dalit family in the backward region of Gulbarga. We had only dreams of doing well in life.”

Education for her was difficult, and expensive. Her mother, a vegetable seller whom she used to help and accompany, sold her only jewelry, her mangal sutra for her education. A hard working student, she completed her MBBS at Karnataka Medical College, Hubli in 1980. She then did her MS at Bellary in 1983, and went on to specialize in the treatment of breast cancer.

According to Know Your Star, Dr. Vijayalakshmi has retired this year. But her work is only half done. She has been a part of numerous social drives, reach outs, awareness camps, research works, and education programs in villages. She plans to dedicate 15 days a month to these activities; and spend the rest of the month providing free service to those in need of treatment and counseling.