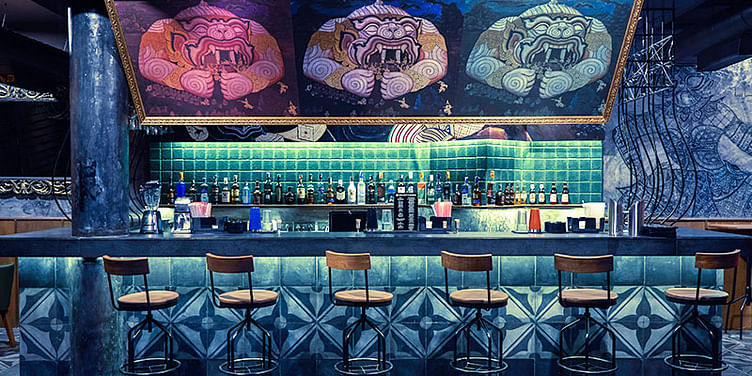 Always craving the next plate of good food and having an extensive experience in the food and beverage industry made Sundeep Sriniva Nayak and Thashvin Muckatira start Holy Cow Hospitality in 2010, which today owns three brands – PlanB, Mother Cluckers Bar and One Night in Bangkok with five restaurants in Bengaluru and Chennai.

Sandeep was then running a couple of Chinese restaurant franchises and Thashvin was working for an American electronic equipment manufacturer. For Sandeep, running a franchise business was not a long-term lucrative option. He wanted to start something where he could single-handedly take the responsibility of ideas, cuisine, theme and operations.

The duo started their first outlet PlanB in Castle Street, Bengaluru in 2010, a 1,200-sq.ft space seating 58 people. PlanB is an American-style pub serving typical pub food like chicken wings, smoked ribs, nachos and steaks. The interiors look like warehouses with exposed bricks and conduits on the ceiling. PlanB spread its wings to Richmond town by opening the second PlanB in 2012.

Sundeep says, “PlanB has a reputation of serving large quantities of food along with generous alcohol in cocktails. The food at PlanB is heavy on meat and cheese.”

Once PlanB took off from ground, Mother Cluckers arrived in Indiranagar, Bengaluru in 2013, which is a neighbourhood bar that serves gourmet bar food.

In early 2015, one more outlet of PlanB has been opened in Chennai. In August, the family of restaurants opened an additional outlet with One Night in Bangkok (where one can relish Thai infused cocktails and authentic Thai finger food) in Bengaluru. It was inspired by upmarket watering holes in Bangkok.

Thashvin says, "We never imagined that we would expand at the scale that we have. Our initial plan was to just run one place with great food and beer. Then we ventured into a full liquor bar and restaurant concept. From then on it has only been exciting to start something new and of course sustain it."

He adds that during the first six months of operation, they found it very hard to break the ice. They started the venture with a seed capital of Rs. 80 lakh, which is generally considered a huge amount for a startup. Sundeep points out that the concept of gastropub or dive bar was a pretty new concept to people in Bengaluru.

Started with a single outlet in Bengaluru, Holy Cow Hospitality has grown into five outlets in five years and the business has witnessed the growth of 400 per cent.

The startup currently has more than 200 employees both on rolls and contract in their five outlets and a central kitchen among which four outlets are in Bengaluru and one in Chennai.

Sundeep says they don't follow any franchise model and all their outlets are owned and operated by them. The startup has been bootstrapped so far and has expanded solely through its unit economics.

As part of the expansion plans, the startup is looking to expand to Hyderabad, Mumbai and Tier I cities with five new outlets by December 2016.