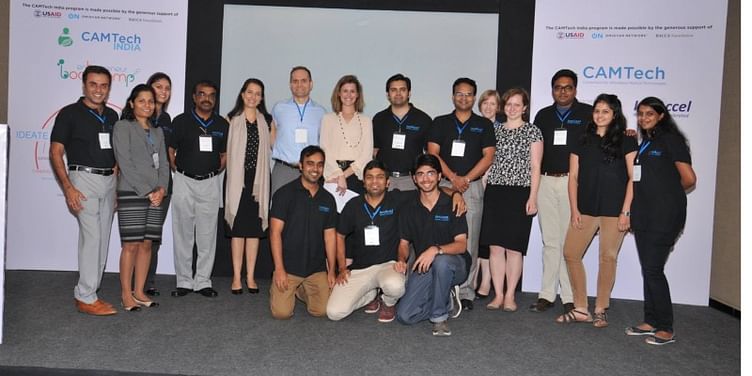 When Siraj Dhanani, A. Vijayarajan and Dr. Jagdish Chaturvedi observed that advancements in MedTech innovations in the western world were misaligned to price-sensitive markets like India, the trio decided to something about it.

India, Vijayarajan adds that , India currently imports 75 per cent of its medical devices. This gap prompted them to found InnAccel, a MedTech-specific accelerator that aims to drive innovation for India and global emerging markets.

It will specifically address the needs, resource and skill gaps, and price-sensitivity of these markets. They also realised that it could be hugely profitable, and create social impact, if done diligently and properly.

InnAccel deploys its acceleration platform to help entrepreneurs find the right clinical gaps to address. It also helps to conceptualise, design, engineer, and achieve regulatory certification for a world-class product within three years.

The trio come from different backgrounds, and they believe this has helped them complement one another, while helping InnAccel scale up. Siraj, Founder and CEO, had previously founded PharmARC, which was acquired by IMS health. In addition to being an active angel investor, he also has extensive experience in the global pharmaceutical industry (BMS), and in healthcare investment banking (UBS Warburg).

Vijayarajan has been a corporate leader and has 30 years of experience in Product Development in MedTech at GE Healthcare and Perfint Healthcare, and with IT companies like Wipro Health Sciences.

Dr. Jagdish Chaturvedi is an ENT surgeon, a Stanford-India Biodesign Fellow 2012, and a serial MedTech innovator (18 devices, one licensed to Medtronic) with core expertise in identifying and analysing unmet clinical needs using the Stanford Biodesign process.

"We all came together with a passion to transform medical technology, and the idea gained substance and form with everybody’s contribution. So really, it’s everyone's idea, not an imposed idea that people had to align to," says Vijayarajan.

What does the accelerator do?

He adds that while most other accelerators focus on digital technology, InnAccel is dedicated to, and focusses only on MedTech. The business model is to invest time, expertise and money in their projects with a five-year view, and generate long-term returns from the portfolio of assets (equity stakes in startup companies and wholly-owned products from internal development) from 2020 onwards.The team is developing multiple products. These include:

They also have a portfolio of projects in the ENT space that is in developing stages . The team plans to initiate four to five new projects in 2016, and launch their first products in the Indian market by end-2016.

"We plan to initiate the development of 50 transformational medical technologies, addressing critical unmet needs in India, and globally, by 2020. Along with our entrepreneurs and project teams, we plan to create the world's first portfolio of medical products designed, engineered, and priced for emerging markets," adds Vijayarajan.

The team is currently self-funded, but plans to raise capital in early 2016 to fund operations, set up more accelerators and invest in the project pipeline.

The team is hoping to have a very busy 2016. Besides raising capital, it plans to initiate clinical trials on three products in the second half of 2016, and launch two ENT products by end-2016. "We are also hoping to kick off five new projects (with startups and internally) in 2016," adds Vijayarajan.

In the long term, plans to initiate 50 MedTech projects by 2020, and will target launching more than 25 transformational medical products in the Indian market, thereby impacting 25 million lives by 2025.

The health and MedTech space

According to the report released by India Brand Equity, the per capita expenditure on healthcare is estimated to increase to $89 in 2015 from $61 in 2012. The market size of the sector in India was estimated to be $75 billion during 2012-13 and is projected to reach $160 billion by 2017.

Healthcare in India is one of the last sectors to be disrupted by technology. Over the last two years, things have changed and it looks like the digital healthcare segment has hit an inflection point. Going forward, it would be interesting to see how this sector shapes up over the next couple of years.