This deaf-mute man has built an aircraft from recycled materials 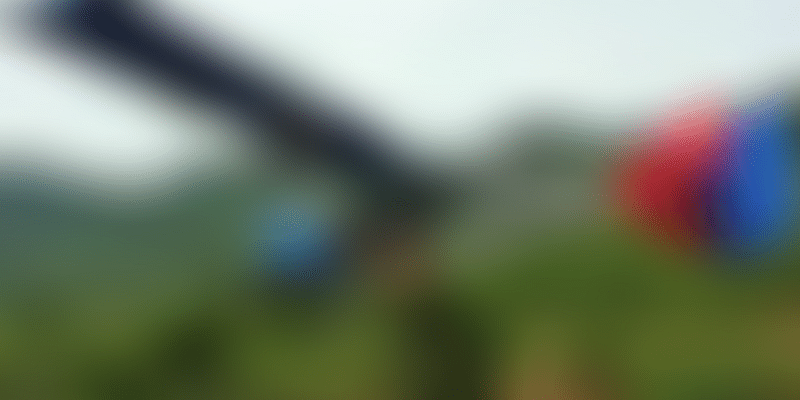 Today, he is the pride of the people of Kerala’s Thodupuzha district. It was not always so. When Saji Thomas, a school dropout, expressed desire to build a full-fledged aircraft, they discouraged him. Well, Saji didn’t care to listen to them or reply back, given that he is deaf-mute, and focused on his work. At 44, he smiles back at those who mocked him.

According to Business Standard, his journey has been slow and laborious, prolonged by day jobs and financial shortages. It took him five years to build the aircraft, which was built at a cost of 14 lakhs, when compared to 25 lakhs at which a similar aircraft is sold. Using recycled materials and cheaper alternatives, he assembled in his backyard a two-seater ultra-light aircraft he calls Saji X-Air.

Saji has elaborate plans for the future. His wife, Mariya, in an interview given to Rediff, hopes the aircraft gets a license to be airborne. Without a license, they can’t fly it beyond 20 feet. “Saji cannot think of anything else other than planes. It was not built to be kept in a hangar. Now that Saji has built an aircraft that can fly, we are confident that if he gets good opportunities, he can do much better. I am just hoping some good Samaritan comes forward to help Saji reach greater heights.”

Saji’s next plan is an twin-engine aircraft which can take off without having to move on the runway. But this plan cannot take off as he has no source of income or funds to pursue it. The Malayalam film maker and writer Santhosh Echikkanam has expressed interest to shoot a film based on his story, with hopes that his voice will be heard. Meanwhile, Saji continues his experiments silently, and dreams to make it big someday. We wish his dreams take flight soon.