‘Slum Cricket League’ is opening doors of opportunity for children 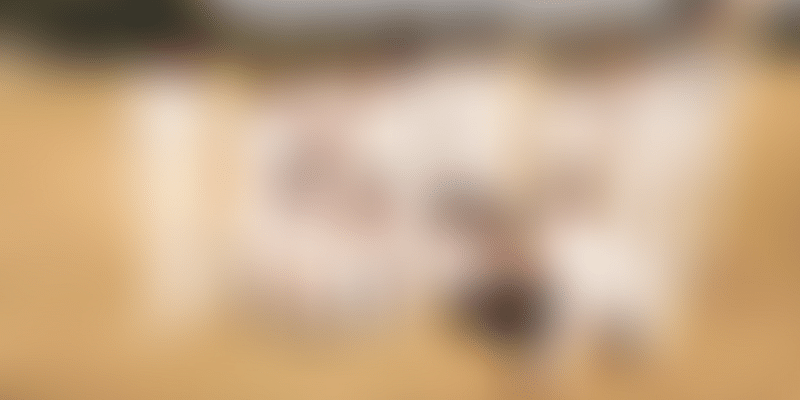 Cricket is believed to be the religion India follows. It is the most played sport in our academies, schools, fields, gullies, and probably the most popular indoor game too. Thanks to the growing opportunities and infrastructure, the rich and middle class children today can afford cricket kits and decent coaching. We have an array of cricketers who had humble beginnings and made it big. While these stories make our children dream, reality tends to keep them in check. It is unfortunate how most of our children still can’t afford the most followed religion of India.

Cricket kits, training grounds, and professional coaching come at a price which most children living in our slums, small towns, and villages can’t pay for. They have to satiate themselves with the plastic ball and wickets made of stacked bricks. Cricket remains a hobby and does not really percolate into their dreams. Whether or not our children can aspire a career in cricket is decided by the lottery of birth.

However, in the slums of Delhi things are changing, as ‘Slum Cricket League’ is helping them with professional contests and trainings where they can showcase their talents.

B.S. Pundir lives in R.K. Puram, Delhi. He is the president of CFCT, an NGO that works with needy men, women and children, leprosy patients, orphans and poor, by running slum schools, computer training centres, and community development programmes. Since his work involves working in slums most of the time, he gets to meet these children often and interact with them. He was surprised to see the talent and interest these children have towards the sport.Watching these children play without a good bat or a ball, some of the children were naturally good with cricket. He spoke to a few children, who told him how they feel seeing rich boys playing cricket matches with all the kits and other facilities and dream that they could play like them someday. Pundir wanted to help these children.

He discussed his concerns with his son, Rajesh Pundir, and his other associates. MP Narang, a friend and an umpire with the Delhi District Cricket Association (DDCA), also stood up for help. The most obvious suggestion was to distribute free kits among these children. But they knew that it would not solve the problem in the long term. They planned to organise a cricket league for these children, which would encourage them to play the sport and then professionally guide them further in the direction of their skills and interests. The idea of ‘Slum Cricket League’ was born. Rajesh recalls,

“We headed to the slums of south Delhi first and discussed our idea with the parents of these children. They felt included as their presence was being recognised by the most played game in the country. They were very supportive and started sending their kids. Soon we had 120 children from 10 different slums of South Delhi. We organised the first ‘Slum Cricket League’ tournament in October this year. The kids who played in this league were wearing cricket gears like helmet, gloves, and pads for the first time and were glowing with pride and joy.”These children of under-14 age group participated enthusiastically in the league, which became an instant hit among the locales. After Mowgli Eleven defeated Mickey Mouse Eleven in the finals, these kids were formally given a trophy and other awards, including man of the match, man of the series, best batsman, best bowler, etc.

Rajesh believes that by providing slum children with a passion to cherish and nurture, they are helping these children value life, and not fall prey to crime and drug addiction. Psychologists suggest that due to lack of confidence at an early age, and growing inequality in India, kids living in slums are an easy catch for addiction. They can also be easily driven into child labour and trafficking. By allowing children to dream, aspire, and helping them chase a passion of their own, they believe that a much larger social goal is being accomplished.

CFCT also runs a Slum Cricket Academy. The kids who performed well in the Slum Cricket League are offered free professional coaching here. This is helping them build a career in cricket. The kids of the academy look extremely happy as they practice under professional guidance. They dream playing at national and international levels someday.

One of the kids admits that he has started aspiring of a better future. “Gareebko koi nahipoochta (no one cares for the poor),” he says with a smile, as he admits that he had given up hope and had no future to look forward to, but has now found a dream to chase. He wants to grow up and play like Virender Sehwag.

Soul for a sole: Here’s what Greensole does with discarded sports shoes

He busted his knee, changed his destiny, and now plans to fight poverty through soccer – Franco’s story