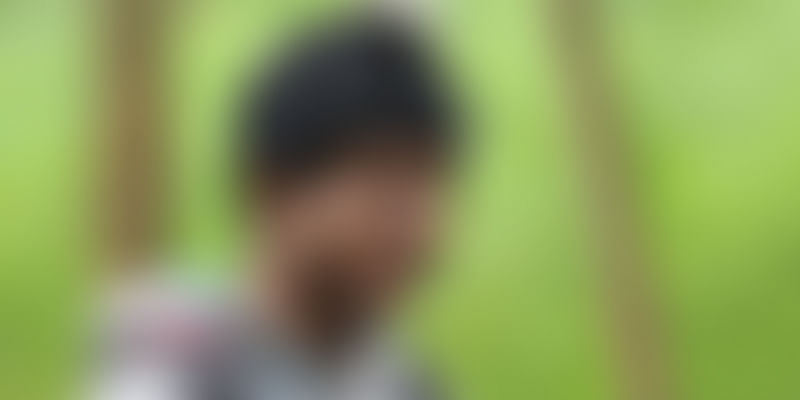 Coding seems like magic to those who don't understand it. Some find it too intimidating, whereas others find it too complex.

Vishal Narayan Gowda decided to go the startup way on a whim and learnt everything from scratch before being part of the team to design Klonio, a versioning control system for databases, along with his school friend Augustus.

Vishal did not have much interest in programming since his early days. He admits that he is currently on a learning path and still has a long way to go. Vishal has been living in Bengaluru since his childhood. He spent most of his time playing games and fixing stuff on the computer. Due to his lack of interest in programming, he had a hard time learning it during his class 11th and 12th.

Despite all the difficulties, Augustus would help him out and made sure he learnt all the fundamentals. After his schooling, Vishal joined computer science engineering at Cambridge Institute of Technology.

Though there was no specific motivation to join computer science, it was just that Vishal liked computers more than other subjects and then there was a 'cool' factor associated with it. During engineering, his interest in computers increased and he started learning Java. Although most of the things he was learning was academic-related, Vishal got really interested and started learning Android programming.

As part of his project in engineering, where other students were working in various firms and paying to get their projects built, Vishal, along with his friends, ported Android Jellybean to Raspberry Pi. They built a custom bootloader for Raspberry Pi.

You might also like: [Techie Tuesdays] Why this woman CEO does not miss a beat when it comes to technology

After his engineering, Vishal was placed in Quinnox Systems and was working for their client, Motorola. Vishal was in DevOps team and had decided to grow along with the company. The job involved learning the entire architecture and Vishal geared up for it. During this period, he figured out that there were a lot of things which could be automated in the project. He then started learning Bash and started automating things. Vishal's friendship with Augustus was still intact and they used to meet regularly.

Augustus introduced Vishal to open-source software and slowly both of them started discussing ideas. It was during one of the meetings that Augustus told Vishal that he was working on an idea and wanted Vishal to be a part of it.

Getting ready for it

Augustus gave him some links and asked Vishal to learn Git and Python from online tutorials. Vishal soon fell in love with Python and started automating things. He was so hooked to this that he soon replaced Bash scripting with Python in the company he was working in. Two months into learning Python, Augustus told him that you have learned enough and now it is time to dive in. He told Vishal about his work on Klonio. Vishal says,

"I quit my job instantly and told my parents I am doing this. My dad was happy, but my mom was just ok with it. However, both were surprisingly supportive about it. The day after I left Quinnox, I moved in with Augustus. For the first two months, he gave me various assignments and more often than not he would actually sit down with me and we would pair-program, with the intent that I may learn faster."

For Vishal who had just learnt Python, building Klonio was not as easy as it sounded. It was supposed to be a version control system for Databases and thus had to support every database format. For this purpose, both of them studied the internals of Databases, right from MongoDB to NoSql and Relational Databases.

Starting from May 2014, it took them a few months to get the first version up and running, and updates are being released since. Based on a personal decision, Vishal recently quit Klonio and joined HackerEarth as a developer.

It took Vishal just a few months from learning a language to helping develop a complex versioning system. Although Vishal has a long way to go, it does prove that it is only a matter of time and perseverance that help people achieve their goals. To sum up Vishal says,

"I never realised how much I love doing what I am doing right now."