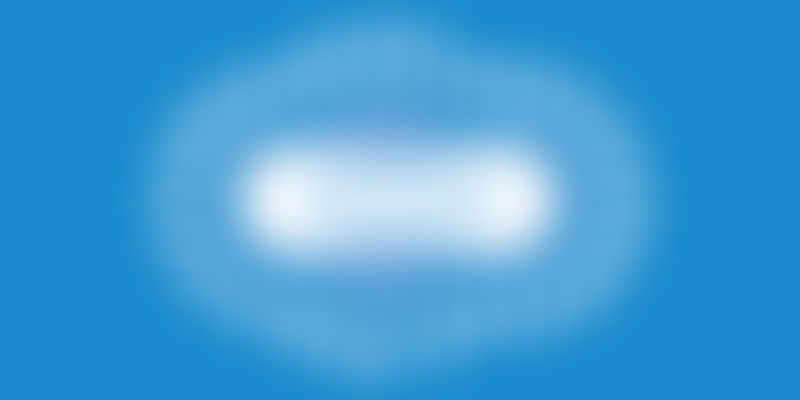 Every day, 800 million women around the world are experiencing ‘that time of the month.’ You know, they ‘Code Red’. ‘Surrender to the communists’. ‘Take the week off to visit their Aunt Flo’. The sad reality of our time even today is that we’d spend more energy coming up with bad puns to talk about our period, instead of utilising it to talk simply, more pronouncedly, more often, and more naturally.

This year,we saw instances of the former as well as the latter.

Here is a summary of the puzzling year that was, and what it will figure in the larger roadmap laid towards fighting the taboos around menstruation.

Aditi Gupta hails from a small semi-urban town called Garhwa in Jharkhand, and grew up in a conservative middle-class family, doing the grind of isolation and shaming since her first period. A puberty full of being called impure was enough for her to decide no other unsuspecting little girl should have to go through that, and in her quest found that the key to fighting taboos was the spread of the light of knowledge. With just the right little push from her soulmate and co-founder Tuhin, Menstrupedia was born, as her project turned website dedicated to interactive literature on periods. The site has one lakh visitors every month, and ‘Menstrupedia Comic’was released this September and been shipped to South America and Philippines. The response had been so promising that they have volunteers ready to translate the book into eight different Indian languages and three different foreign languages. An audio-visual app is also in the pipeline.“We can see more people talking about the subject. We have many articles on the subject written by people from all walks of life. Fathers and grandfathers are buying the comic book to educate their daughters,” says Aditi.

While most of our period woes and dilemmas end at having to choose between extra long or extrawinged, a massive section of the world still uses unsanitary pieces of cloth to get past their period. Swati Bedekar kept losing sleep over the unhygienic living conditions of menstruating women in rural India and that drove her to start up. In the pursuit of basic rights to sanitation for rural women, and to ensure that they get incentivised to switch to that option, she and her Vatsalya Foundation broughtthe idea of the Arunachalam Muruganantham machines, native to Coimbatore, which used wood pulp to absorb the flow, to rural pockets, and even installed incinerators for their disposal. Through training programmes, she later enabled 100 families to set up their first manufacturing unit of those sanitary napkins in thePanchmahal district of Gujarat, under the brand name of ‘Sakhi’.

Due to improper means of sanitation during menstruation, one out of every four adolescent girls often skips one week of school every month, which, over time, forces her to drop out of school completely because she can’t keep up. Aakar Innovations is addressing this problem too, by setting up a sanitary napkin production unit, which is a mini-factory run by 10 to 15 women. It produces compostable sanitary pads, which are not only affordable, but also adhere to all the quality requirements dictated by the Bureau of Indian Standards. The second wing of Aakar Social Ventures will be to turn women into village entrepreneurs and change agents, fondly referred to as ‘Anandi Ben.’They sell and distribute menstrual hygiene products to the doorsteps of girls and women in surrounding villages.

1. Menstrual Hygiene Day: The greatest obstacle in curbing illnesses and diseases arising out of improper health and hygiene during menstruation is that the conversation continues to be hushed so that taboos around menstruation stand the test of time. Thus, the institution of the Menstrual Hygiene Day was a landmark, as far as the movement around increasing discourse about menstruation goes. Menstrual Hygiene Day was first ever celebratedon May 28, 2014, and it saw patrons and champions world over, both men and women, tuning in to share messages about why menstruation, far from being frowned upon, should be celebrated. In the larger picture, WASH United, the organisation behind the day, created ‘exhibition toolkits’ for other organisations around the world that wanted to organise candid talks or awareness sessions in their communities. By 2020, they wish to get recognised by the UN as an international day.

Nikita Azad, a college student and gender rights’ activist from Patiala, Punjab, started a petition entitled, ‘#HappyToBleed: An Initiative Against Sexism,’ as a crisp and timely reply to a misogynistic statement made by the head of a Lord Ayyappa temple in Kerala, PrayarGopalakrishnan.He forbade women from entering the premises to avoid the risk of having ‘unclean’ and ‘impure’women on their period pray at the holy shrine. This sparked off the movement, and reactions from across the country poured in via social media with pictures of the same powerful words splashed in an angry red on everything from walls to sanitary napkins itself, in solidarity.

3. Rupi Kaur’sexperiment: Pictures speak a thousand words, usingInstagram. RupiKaur, an avid blogger, decided to test the girth of the platform’s moral palette early this year, in March,by posting photos of herself, asleep, with a bloodstain on her bed and backside. The picture was taken down as it was labelled distasteful and ‘in violation of community guidelines.’

“Instagram has chosen to, once again, take down this image for violating community guidelines. Despite the fact that about 95per cent of the comments were beautiful. Flowering. And in support,” she says.

Professional marathon runner Kiran Gandhi would prepare for a marathon for weeks in advance and was used to being the star of the show. But on the morning of the biggest marathon of her city, the London Marathon, she started on her period. At first slightly annoyed, she realised that nothing changed if she decided to run in her normal gear, unfazed that her track pants will be stained. She did exactly that,and true to habit, she emerged the star of yet another show. This fete received worldwide attention, and she was applauded for her sheer chutzpah .

Shifting the focus to completely urban areas, there are companies that have made incredibly futuristic advancements in menstruation that will blow your mind.

1. Saathi: Saathi Pads has taken to heart the global environmental crisis and sworn their solidarity. . Founded by four ambitious women in STEM, Kristin Kagetsu, Amrita Saigal, Grace Kane, Ashutosh Kumar and Zachary Rose – the brand indigenously fabricated sanitary pads out of eco-friendly material like banana tree fibre. Selling in urban areas at the same price as other competitors, they hope to use the margins to subsidise the cost for rural areas.

In India, the word menstrual cups itself is enough to send shock waves to people. “My friends were alright with me using it and after I explained the entire thing to them and asked them if they would be willing to use them, the answer was ‘No’,” says Priyanka Jain, founder of Hygiene and You, a company that produces eco-friendly and cost-effective menstrual cups. This venture was not only a bid to adopt advanced technology for a happier period, it was also Priyanka’s personal fight against unreasonable and unfounded taboos surrounding menstruation, and the concept of the cup.

3. Looncup: The state-of-the-art makeover for its antiquated cousin, the classic menstruation cup Mooncup, Looncup is a sneaky little device withIoT, that records everything from trends in blood flow to body temperature, and sends the woman updates from the inside, to her smartphone. Ideated in 2015, it raised five times the amount it needed through a Kickstarter campaign, and is now ready to be pre-ordered and pre-shipped to ‘rock your world.’

Thinx must have a very thoughtful team behind it, I imagine. And one that definitely swears by the whole, ‘focus on the solution, not the problem’ technique. The solution to menstruation is to wear something that soaks in the blood. While we spent decades creating the perfect sanitary napkinand tamponwith good features, ,what Thinx did was think about the fundamental problem and come up with an underwear that performs the function of pads and tampons, and apparently, better than them. Amen

Lammily, the reality check doll, who walks this earth with heavier feet and fewer qualms, is to take the place of the awkward parent who can’t seem to form the P-word to give their daughter the talk. The doll undergoes a menstrual cycle, and the girl playing with her must strap on a pad and in the process, learn about the changes her own body will undergo shortly.

Rashi Bajaj turned to entrepreneurship to pamper women during their period, through care packages put together with essentials, indulgences and love. Her ‘Being Juliet’ packages can be pre-ordered or gifted. It helps a woman celebrate her period and feel cared for and valued.

The conversation has begun and radical campaigns and gestures have compelled people to look the dragon in the eye, rather than pretending it doesn’t exist.