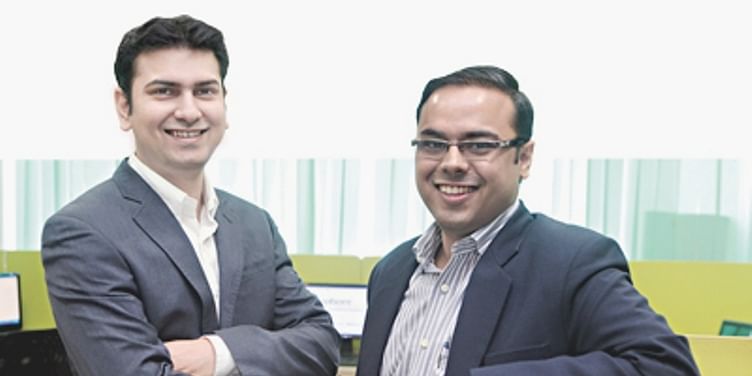 Seven years ago, before the dawn of the smartphone era, Umesh Sachdev and Ravi Saraogi had a vision to build a mobile product with a rural focus. “We visited several districts in Tamil Nadu to start a pilot project,” says Umesh, CEO, Uniphore Software Systems.

Of the many problems and issues that the duo came across, what stood out was low literacy and the prevalence of multiple dialects. Looking for a solution, they zeroed in on using a speech analytics software to bridge the digital divide.

It took them a year to develop a working prototype, and within a month of developing the prototype, they received a seed funding of $100,000. During the early days, the team focussed on using standard phones to allow users access to the services.

Today, Uniphore has over 70 enterprise customers and over 4 million end users. In Q2 of FY15, their speech analytics software auMina witnessed exponential market traction with as many as six pilots underway across the country; these will likely turn into full-scale deployment very soon. “We have also received appreciation for our products across The Philippines and the UAE,” says Umesh.

Understanding the voice of the customer

“For us, the eureka moment was the realisation that voice will always play a central role in any customer service and that service will be seriously hampered if it does not have the voice channel. We envisioned that if automation were to truly become a part of customer engagement, then machines should understand, process, and respond to human speech,” says Umesh.

The idea of Uniphore’s solutions is to extend the power of speech to revolutionise and transform human and machine interactions. Their solutions allow any software application to understand and respond to natural human speech, thus enabling humans to use the most natural of communication modes, speech, to engage and instruct machines.

One of Uniphore’s recognised pilot runs is the work they did for the financial inclusion project in rural areas. They saw that smart card and finger print device initiatives used by micro-finance organisations and rural banks were capital-intensive.

“We spoke to the institutes and told them that today, everyone has phones with speech and voice biometrics, you can do banking without a card or a device,” adds Umesh. This converted the capital-intensive exercise into an op-ex mode of transaction.

This helped the team scale up; additionally, Uniphore was adding 1000s of users every month. “Our product and technology improved, as we were dealing with a larger problem,” adds Umesh.

Covering a larger base

Close to 70 percent of the population does not have access to the same resources and modes of communications that we do. “Vernacular voice was the lowest common denominator, our first thought was to start something like a JustDial for villages, with the use of local languages,” says Umesh.

However, from a business point of view, this just wasn’t scalable. That’s when they decided to automate the whole process, which gave rise to their three product solutions:

“Our technology is new and our biggest challenge lies in the fact that enterprises are hesitant to try out new offerings. We have SaaS-ified the business and adopted practices like ‘try and buy’ to overcome this,” adds Umesh.

Starting out in 2008 as an IIT Madras-incubated company, Uniphore’s very first client was Thomson Reuters. The duo had read an article that talked about a Thomson Reuters service that was dedicated for farmers called Reuters Market Life (RML). “They were planning to send updated market prices and weather data to farmers via SMS,” adds Umesh.

Having run pilots with farmers, the team believed that SMS was not the best means to communicate with the farmers, as the rural literacy rate was low. “This was the main reason for us to focus on speech and language recognition. After reading the article, I reached out to the lead for RML at Reuters via LinkedIn at that point in time,” says Umesh.

After cold calling the person involved, they pitched Uniphore’s solution to the team. In two months, RML became Uniphore’s first customer. After RML, the farmers’ financial inclusion project came in, and then there was no looking back.

Over the past seven years, Uniphore has seen different types and levels of scaling challenges. The early days, Umesh says was all about getting the initial team in place, get an understanding of how to scale and build a business. “At this point, we were first-time entrepreneurs, our challenge was to understand how to execute the idea,” says Umesh.

In fact, when the team won Thomson Reuters as a client, one of the main concerns was how Uniphore would be able to provide much-needed support. They asked the team how they would manage scaling up if several crore farmers began using the product. At this point, the fact that Uniphore was incubated at IIT Madras helped.

After the first 10 customers were onboarded, they targeted the next 50 customers.This meant scaling up sales operations, putting processes around marketing, and building a strong support system.

Today, it is about getting the right talent. “It’s a huge talent war out there, and it’s getting really hard to find the right sort of talent for the company,” says Umesh. He adds that now with the funding in place, and with most processes being set, getting the right senior team in place is a challenge.

Voice of the future

The core team comprises of Umesh, who had also co-founded Singularis Technologies, and Ravi Saraogi, the COO, for whom this is also a second venture. Sanjeev Gadre, the CMO,has over 20 years of experience marketing software products around the world with companies like Adobe, Subex, Aricent, Verifone India and Wipro.

Ram Sundaram, the Director Core Technology,has around 15 years of experience with companies like Microsoft and Broadcom. Rohit Maheshwari, the Head of Professional Services, has over 18 years of experience in Solutions Consulting, Business Development, Sales and Program Management.

Uniphore supports over 25 global languages including 14 Indian languages with over hundreds of dialects. It offers its solutions as SaaS (Software as a Service) on a subscription-based model.

Uniphore has recently opened a new office in Bengaluru and plans to add around 100 people in the next 15 months. They currently have offices in India, The Philippines, Dubai and plan to expand to the US very soon.