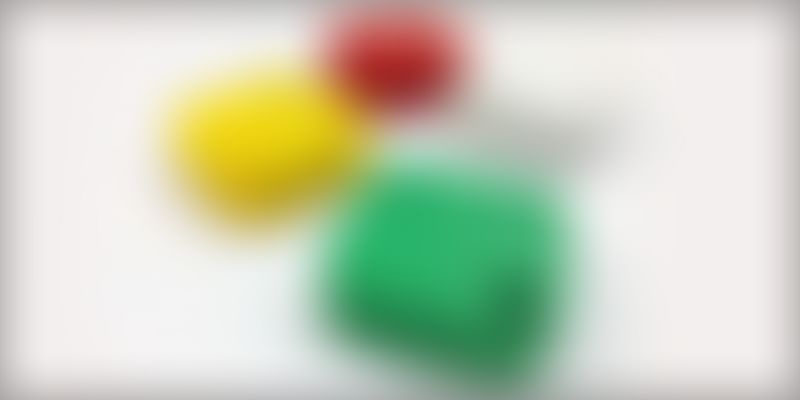 Most of the brick-and-mortar stores (irrespective of the type of business) are feeling the pressure from the growing online sales. Customers are easily getting attracted to online sales and deals while the offline stores struggle to tap them. Even after spending considerable amount of money to get customers into the stores, brands are still finding it difficult to get the best value from them.

Team bfonics felt that providing a new set of cost-effective tools, which can create real-time, in-store engagement by pushing relevant information including deals and messages, can make a big difference. Most customers use their smartphones while they are inside a store. So effectively engaging customers via their smartphones while they are in-store can lead to increased sales and improved ROI for store owners.

People are hooked to their smartphone device irrespective of where they are. Unni Peroth, Founder & CEO, bfonics, says,

This is making it difficult for traditional advertisement channels - print media, outdoor advertisements and more- to engage people. This challenge opens up the need for new types of engagements. We felt that a highly contextual, mobile technology-oriented push notification based engagement is the right way to go.

bfonic, which was one of the Tech30 startups in Yourstory's TechSparks this year,is a brainchild of Unni, Romy Mathew, Binoy Mathew and Arun Raj. Unni is a serial entrepreneur and earlier founded YourSeeder (seed/angel funding initiative based out of India), Nfonics (one of the fastest growing IT service companies in India) and Centrica Global, among others.

Romy has over a decade's experience and has worked with MNCs like Spectrum Infotech, Ushus Technologies and Hewlett Packard. Arun and Binoy are also serial entrepreneurs and served as co-founders at Nfonics. Binoy has over 10 years of IT industry expertise as a technology specialist in travel, banking and storage domains.  Romy explains,

After realising the difficulties faced by retailers, our team decided to build a beacon-based technology platform to create real-time consumer engagement.

Initially, the team started out as a 'BYOB' ( bring-your-own-beacon) platform, and later jumped into the hardware side, by realising the role of BLE (Bluetooth Low Energy)/beacon technology. While marketing the BLE beacon-based solution in the Asian markets, the team realised that many of the consumers do not turn on the Bluetooth on their smartphone, but always have the Wi-Fi turned on, as they are looking for free data.

This triggered the team to build the first-ever Wi-Fi beacon, which works on both BLE and Wi-Fi. This is a major breakthrough for bfonics.

How it helps brick and mortar merchants to tap business

It is all about providing the right information real time. With our platform and beacons, we help retailers,both big box and brick-and-mortar stores, engage their customers, real time and in-store. Beacon and Wi-Fi technology based, proximity marketing platform is a win-win for both consumers and store owners.

bfonics equips the store owner with a cost-effective channel to engage customers in-store, while the consumer gets the right information when it matters the most.

The company offers a flexible engagement model which opens up different channels of revenues. It primarily makes money through selling beacons, monthly subscription fee, enterprise sale (via pay-as-you-go model), advertisement (from beacon network) amongst others channels.

Location-based marketing, in which the focus is on beacon and Wi-Fi-based, proximity marketing, is a multi-billion dollar market opportunity throughout the globe. The beacon technology market is poised for 10 times growth over the next five years. According to a report from Juniper Research,the mobile context and location services market in the United States alone will reach $43.3billion in revenue by 2019, rising from an estimated $12.2billion in 2014.

Bfonics competes with US-focussed Swirl and InMarket. The good thing is that the technology is fairly new, which means that all the competitors are also new to this game and learning. With its Wi-Fi beacons (built based on its patent pending technology), bfonics is poised to play an important role in the proximity-based marketing arena.

On hardware front, it competes with Estimote, Kontakt and Gimbal. Bfonics has an interesting team spread across different continents and an equally interesting hardware and tech play. Proximity marketing is a huge opportunity in global markets as well as in India, and bfonics appears to have clicked the right balance between product and tech. Going forward, it would be exciting to watch how bfonics and its beacon technology evolve.