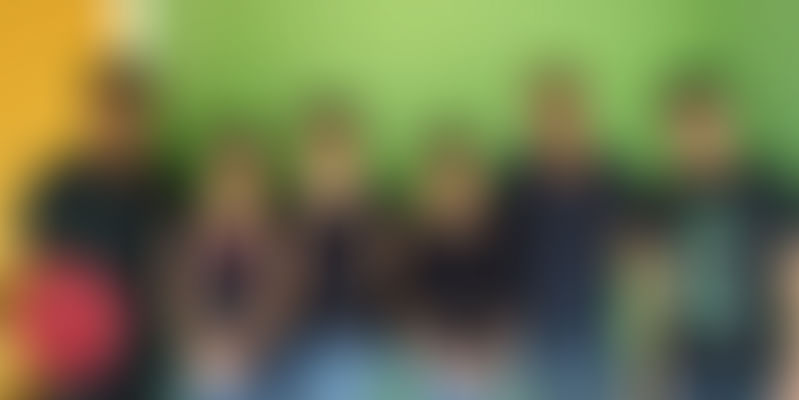 From being popular fodder in science fiction to a staple at the world technology fairs, home automation has surely come full circle.

Soon to be a reality in the homes of our future, it is the complexity, differing formats and the ability to do more which is steering innovation in this space.

But rather than figuring out the domotics as well as linking the differing hardware, network and communication interfaces, what if the only thing needed was Wi-Fi and the switch of the future?

Making this a reality is a bunch of NIT-Jaipur graduates through what they call ‘the senseful anyway switch’.

The Switch of the future

Introducing CloverBoard, the 'senseful', which communicates (with other CloverBoards) to sense motion, figuring out occupancy and taking actions accordingly. It perceives the intelligence of the day and the user's routine to give wise control to the lighting. According to the founders, the switch can help users save 10-15 percent on heating and cooling costs as well as 30 -40 percent on lighting costs.

In another avatar, CloverBoard is also the 'anyway switch', where its buttons aren’t hard coded and can be assigned with varying functionalities. So, you no longer have to travel all the way to your kitchen to switch off the lights; you can do it from your bedroom while snuggled in the comfort of your bed.

One can also assign an ‘away’ theme to a button to switch off all appliances with a touch before the user leaves his home.

It allows users to create themes allowing you to set the lights and the cooling for a particular time of the day; scheduled functioning of appliances like switching on geysers for 10 minutes every day at eight a.m., and also taking care of security, protecting homes from robbers by sounding an alarm and sending a notification in case motion is detected in the person’s absence.

But, doesn’t this what other home automation ventures essentially offer? The founders disagree. They say that the traditional home automation products and services available aren’t really automating. They believe giving users remote access on a smartphone isn’t automation; it is rather realised when one does not need to pull out his phone and when appliances are behaving automatically according to occupancy and usage behaviour.

Moreover, many legacy home automation companies, according to them, follow the approach of changing the wiring and basic infrastructure of the house in order to provide a customised solution, causing not just inconvenience but also adding to the cost.

For co-founders Nishant Kumar, Nirmala Kunwar and Ritika Dhyawala, the sheer passion for robotics and automation brought them together. Having met at a robotics college group, these graduates tried to solve real problems through technology right from their first year of college.

Such was their appetite to solve real issues that even after starting their job, they were constantly in touch to discuss new technologies and problems to be solved. Seeing this, Nishant’s older brother Vivek Raj joined the crew, helping with networking and connecting the team with some renowned research organisations, MNCs, investors and businessmen.

The team has come a long way. Entrepreneurs understand that realising a scalable product is one of the biggest obstacles to overcome in a hardware startup.

Ritika tells us that it was tempting to build a service company. For running a home/office automation company, third-party products can be bought from China but in that case, the company would become an integrator and will never be able to innovate in the future.

“We wanted to create something that can be adopted by the masses and do constant innovation,” she says.

Ritika believes the journey has taught the team a lot. She says:

“The journey has not just taught us technical aspects of a scalable product but also the different aspects of people. The dream and realisation of building a hardware company is difficult and scary but the joy of seeing an actual product come to life can’t be described in words.”

For these first-time entrepreneurs, their journey so far has helped them realise the importance of money in tough situations. An equally important lesson would be the necessity to rein in emotions in difficult and hopeless situations and persevering despite all odds.

Currently at a pre-revenue stage, the venture plans to have a limited release of their product next quarter, followed by a full release by the second quarter of 2016. Ritika says,

“There is a common notion that Indians cannot build well-designed hardware products. You will see this melting. Also, we will expand quickly in the coming months to reach different parts of the country.”

Bootstrapped for a long time, the firm has received a grant of Rs 10 lakhs from IIM Ahmedabad through ADB. In talks with potential investors and strategic partners, the business is looking to raise $1.5 million to take CloverBoard to the top eight cities of India.

Concluding, the founders narrate the bigger vision of being able to give homes a personality while enabling one to have a conversation with their home, and integrating voice recognition technology.