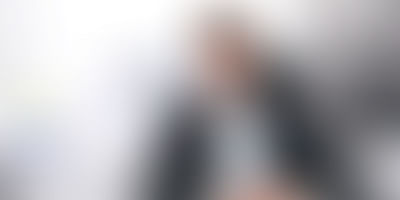 The rise in the number of millionaires has created a new market in country – luxury products. According to a study by Euromonitor, between 2009 and 2014, the Indian luxury market grew from around $30 billion to a whopping $130 billion. In 2014 alone, the sale of luxury goods in India grew by 25 per cent.

“Darveys is a gateway to the elite Indian populace, desirous of a cosmopolitan fashion range. The platform was launched with a thought to fix two basic concerns that Indians confronted –limited availability of collections and prices that were way higher than at international stores. We have been able to fix this situation by introducing an extensive variety of products through tie ups with international boutiques in Europe and the US. Now, these boutiques offer competitive prices with a guarantee of pricing better than any other online and offline store in India,” says Nakul Bajaj, CEO, Darveys.

When the e-commerce biggies are still grappling to crack the profitability code, Darveys claims to have found a way to do it. Darveys incorporates 300-plus boutiques across the globe, who get a chance to sell directly to customers in India.

In the case of luxury fashion shopping, an inventory-led model is a step towards profitability as the company procures in bulk. It also has membership subscription procedures, where customers first register with Darveys for a lifetime membership fee of Rs 1,000 and only registered members get a chance to explore and shop from its entire range of 10,000 products. “We aim to give our customers a beyond satisfactory experience,” says Nakul.

Currently, the platform claims to have 15000 members and shows 25 per cent month-on-month growth.

Nakul says that authenticity is the biggest challenge in this segment and he says he has been able to overcome this successfully. He says that in case of any lapse in judgment as far as authenticity is concerned, the platform guarantees returning twice the amount of money to the consumer.

“We only work with boutiques bearing an A+ Rating with the Better Business Bureau and have been in the same business for at least five years. Besides, on every product sold, Darveys takes all purchase receipts from the boutiques, which is proof that the item has been procured from the brand directly. This documentation is then matched with the actual product and only then is the product given clearance to be shipped from the boutique,” says Nakul.

According to Euromonitor, over the next five years, spending in the Indian luxury market is expected to reach Rs 236 billion from Rs 132 billion. Besides, there has been a huge shift from offline to online.

In 2014, almost 40 per cent of retail sales shifted to online sales, which are expected to be 70 per cent by 2020. During this frenzy, Darveys aims to cross the Rs 100 crore annual turnover mark in the next three years. It is also eyeing the online luxury space in the unexplored market, which is Tier 2 and Tier 3 cities.

“In future, we plan to increase the number of designers and boutiques so as to provide an umpteen range of products to our customers. Our future plans focus on increasing our range of boutiques and introducing more designers and reaching untapped areas at prices unavailable before,” says Nakul.

However, Darveys is not alone in this segment and faces stiff competition from many national and international players. Net-a-Porter, Gilt, and shopbob etc. are the global players in the segment who also ship their products to India. Closer home, portals such as RockNshop, Obstore, Stylista, Elitify, Pernia’s Pop Up Shop, FashionAndYou and Exclusively among others also stock international luxury products.