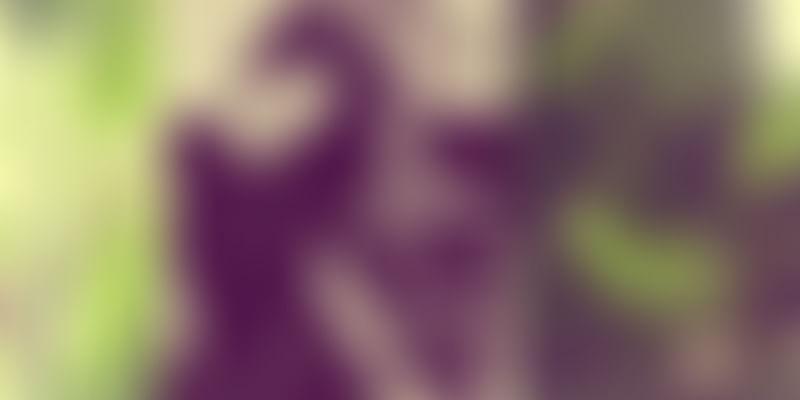 “Why do we have to listen to our hearts?” the boy asked.

“Because, wherever your heart is, that is where you will find your treasure.”

Life came back full circle for Ekom Mamik. She started her journey from the tea estates of Darjeeling and came back to discover the wonder of something that she had known all her life but had not quite realised the importance of.

Born and brought up in the foothills of Darjeeling, Ekom travelled on a quest to find meaning in her life. In the process, she discovered Moringa. And now with a small cold press unit set up in Darjeeling, she is sharing her knowledge with the world through her venture MoringaWhat.

This is her story:

Child of the hills

This 27-year-old entrepreneur spent the formative years of her life between the foothills of Darjeeling in India and the Lawrence School, Lovedale, a boarding school in Ootacamund in Tamil Nadu. She joined the school when she was just nine years old.

Reminiscing about her childhood, she shares, “I wouldn’t trade those years for anything. The simple joys – from riding the bicycle to no defined destination, playing all sorts of sports to being randomly called to spot the wandering leopard or the passing elephants, and the freedom that comes with the view of an unending sky, amidst the view of punctuated flora and fauna and I haven’t even begun to romanticise the place!”

Boarding school at Lovedale was pivotal in shaping and grounding Ekom.

“Family here, were the friends we chose and that itself laid a strong foundation in terms of forming relationships, which I believe is the key to being successful in all of the different roles we take on in our lives. I have constantly drawn from that thought process in the way I approach MoringaWhat.”

After graduation, Ekom’s internship translated into a job offer and she continued working at Goldman Sachs. However, after a few years, she realised that she wanted to look at things from a different perspective as there was no tangible impact of what she was doing on a day-to-day basis. It was a race which left her no time for other things, including family and relationships. Ekom does not look at goals on the basis of just professional achievements. According to her, people often forget that the goals have to include personal goals as well, which includes quality time with loved ones and pursuing one’s own personal dreams and passion.

Finding herself doing neither, she decided to quit her job and look for meaning, a new perspective. So she decided to travel to Kenya. Before that she spent a few months with her family.

“The grass is always greener. The decisions we make are largely based on our circumstances, our needs, and the willingness to just go for something without the ‘fear’ of failure or loss and that is NOT easy. In the real world, doing something for yourself quite simply requires a lot more from you, ALL of you and almost ALL of the time. At the time I left the firm, I felt I had to do this for myself, for those little dreams I held on to, that all of us do, before I lost it all to my deep subconscious.”

She had read about Africa and seen her fair share of National Geographic and Animal Planet as a child and even done some research on the country. So when someone who was travelling mentioned Kenya to her, it was something that Ekom connected with and so she went to work at the village. There she had an opportunity to work at a model sustainable village that was looking at alternative ways to keep an entire village of HIV orphaned children and grandparents funded.

Of course, like all other parents, her mother was a bit apprehensive about her taking this up, but both her parents stood by her.

Discovering the magic of Moringa in Kenya

The journey to Africa was to change Ekom’s life. She had been seeking something and her search ended in Kenya. “That one decision led to the conception of MoringaWhat. And I have held on to the motivation of the tangible effect the multi-faceted Moringa oleifera tree can have on people’s lives, more so the people that need it the most.”

Moringa, as many of you would know, is known in India as sahajan or drumstick. It is something we eat, a vegetable mostly found in sambhar, a popular lentil and vegetable preparation south of the vindhyas.

Ekom shares that Moringa oleifera can potentially quite effectively tackle malnutrition. “The benefits of the tree have been passed on in folk remedies and known across cultures and ancient civilisations as being rich in nutrients and anti-oxidants; containing emollient, exfoliant, anti-inflammatory, and anti-ageing properties. This tree seemed to be working ‘miracles’ at a microcosm level in the places that people needed it the most,” she shares.

She had known the Moringa tree since childhood, however, she saw its values and benefits in Kenya. The time she spent there not only gave her perspective, but also sowed the seeds for her venture and gave her her goal. Ekom describes her entire experience in Kenya in just one word – ‘content’.

“The Moringa oleifera tree grows in drought-affected areas of the world and is known by at least 200 different names. To my surprise (initially), it was growing in the foothills as well.”

On her return followed by months of research, she tied up with farmers with small land parcels in the foothills of Darjeeling, many of whom she had played with as a child growing up, to grow and harvest part of the produce of the Moringa oleifera tree and spread awareness of the nutrient dense leaves. “The challenge really was ‘trust’, forming those relationships where the ‘trust’ factor worked both ways. I had to work to form relationships where the farmers would understand that this is viable and trust me with what I was doing.”

The startup officially was registered on April 17, 2015, and was online only by the end of July this year. She set up a small cold press unit to extract the oil. Spread across an acre and a half, post the harvest of the seeds, the oil is extracted through a cold pressed method. It goes through a sedimentation process and then the oil is filtered.

The oil with a shelf-life of three years comes in glass bottles which are eco-friendly. Ekom believes that if you sell organic in a plastic bottle, the value of the organic product is devalued.

Ekom reaises an interesting questions – We often look at only food that we consume as a source of nutrition and health, but even what we consume through our skin and external consumption gives us nutrition but why do we not focus on that. With MoringaWhat she hopes to change that.

“Once you have realised the benefits of the Moringa, you will come back for more.”

The magic of Moringa which Ekom wants to share with the world is spreading gradually. And those who have discovered its benefits are coming back for more.

Art and music – the other side of the entrepreneur

Other than just being an entrepreneur and an expert on Moringa, Ekom dons a few more hats. She is also an artist and a musician.

Her initial attraction to art was through colours when she saw her mother and grandmother paint extensively as a child. With no formal training, she prefers oil on canvas. “When I am in a constant state of flux or in those deeper and darker moments, I find that painting has a therapeutic quality that provides a great deal of clarity in an otherwise burgeoning mesh of confusion.”

Just like art, music has been a part of her childhood too. “Music is just essential, a necessity almost. I honestly cannot imagine my life without it, she says. She played her first big gig at Kitsch Mandi a few months ago in Bengaluru and her second a few weeks ago at The Humming Tree in Bengaluru. “The sound is wholly acoustic and features Ani on the guitars, while the lyrics are written by me,” she shares with a smile.

Building a business is about honesty

Challenges for Ekom have been a part of life, and she attributes most of them to her own insecurities and how absolute honesty is required to deal with them.

“Insecurities that would be wide ranging in nature and manifest themselves in different ways, emotionally and physically, which really require a mammoth of an effort to sit back and reflect on and be absolutely honest with oneself. I think a lot of people struggle with being honest with themselves and a handful even acknowledge it. Building a business is all about building relationships and you can’t quite possibly do that if you cannot have an honest one with yourself.”

Being a part of the chase

“You can’t be chasing something, a dream; a goal, without actually being a part of the chase. Sometimes we forget, we lose focus of those little things – communicating with our loved ones, the casual stroll, the necessary sibling squabble, and the romantic inclinations – and because we do, we lose the stability in areas of our life that actually matter and without realising we find it hard to stay motivated towards that goal we set out. The journey matters, it will be the only thing that mattered.”