When the farce awakens at the office 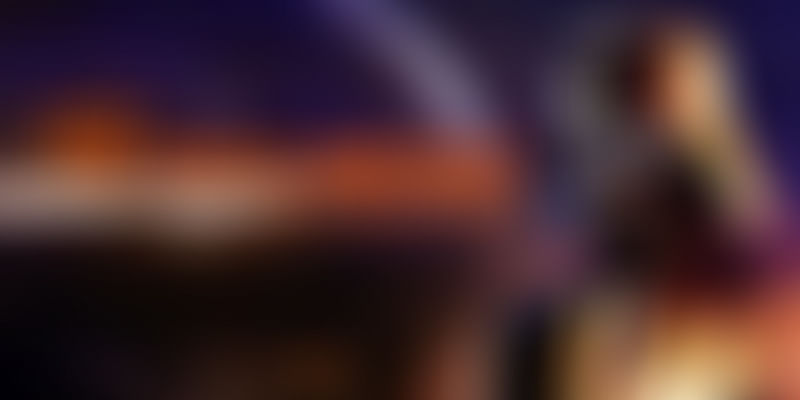 These immortal lines give most Star Wars fans goosebumps.

They might also represent the time and distance many would like to place between themselves and their misadventures at their startup office. For, what white-collar workers endure there during the course of a mere calendar year is no less than what a seasoned Jedi might experience over the course of a lifetime…at least it feels that way.

Call it the result of being too strongly swayed by Luke and the like. Maybe you could blame it on the urge to go Solo with things. But what is undeniable is that this epic is perhaps specifically catered to those who begin their own brave exploratory voyages to the deeper reaches of the business universe, constantly seeking those life-giving celestial pockets where their ambitions can thrive.

Most entrepreneurs might concur that they would prefer facing a garrison of storm troopers, rather than spend time trying to convince venture capitalists of their plans. The scrutiny can be intense, the pressure incessant. The need to have a coherent strategy and a firm fix on cash flows can be exhausting.

Which is why when all else is failing, some founder fans might literally try to ‘force’ the issue.

Locking eyes with the ‘adversary’ across the table, they could say these words in their most authoritative tone:“You will agree to all that I am saying, and fund this project till your coffers run dry.” This represents a worthy attempt at most times. However, things can get a tad awry when the response across the table comes as, “the force is weak with your recommendations.”

Startup journey experts recommend a lot of staying under the radar. This is because whenever things go wrong, which will be often at the initial stage, people around start looking for scapegoats. Human beings feel the pressing collective need to purge their lungs when things don’t go according to plan (explains the Big Bang). Hence, startup sagas usually come with a highdecibel soundtrack.

The dark side of the force, or its most famous exponent, shows the way in this regard. Donning the Darth Vader mask during a crisis not only ensures people can’t find your face to associate the problem with, it also serves as a strong deterrent to those, who on recognising you, might want to engage in unnecessary debate. The added benefit of the trademark heavy breathing when you speak, inevitably triggered in the usage of the mask might cause people who call on the phone to also think that they have caught you at an extremely inappropriate moment, and that’s good as well.

Luke Skywalker speaks to R2D2 in Star Wars. This theme is revisited when the chief protagonist in The Force Awakens, Rey, communicates with the droid BB-8 like it was a long-lost relative. Clearly, science fiction, which often has held the torch for technological innovation to follow, seems to be telling us that talking to silicon, chip-infused plastic cases can have the same effect as performance hormones…or so hardcore fans of the franchise could be led to think.

It might not be uncommon, then, to see these sorts chatting to their laptops and such whilst working!“I know you have had a hard day, but can I just copy this file onto my zip drive? Only one more task, I promise.” Requests like these will perhaps usher in a new spirit of more tolerance towards integrated circuitry. However, wires do tend to get crossed when such behaviour occurs. The real fun starts when the person in question begins replying to the wife in a series of beeps and whistles. Then the force really awakens.

The making light of the saber economy drive

Without a doubt, the light saber is one of the most memorable memes of Star Wars. There is something about that device which makes grown men (and women) return to their childhood and pose for brain-impaired selfies generally cavorting in uncompromising positions they wouldn’t be caught dead in while holding a normal self-respecting stick. The light saber is unique in all of popular culture, and represents a wonderful juxtaposition of the age old with the state of the art; a classical example in the craft of creative thinking.

Startups readily appreciate the need to keep costs at a minimum. Many also relish their environmental responsibilities. But insisting everyone work only by the light from their light sabers is getting fandom to darken business prospects. Real fights are likely to erupt at the workplace. Likely to persist long after the battery power in the sabers wears out.

No reference to the franchise can ever be complete without alluding to the enigmatic insights of Yoda, the great Jedi master. His distinctively garbled pearls of wisdom have become the stuff of folklore. In fact, the more incorrect the framing of his sentence sounds the more sagely Yoda appears to be.

You, however, might be treading on thin ice if you follow in those illustriously tiny footsteps. In the snappy, ‘have no time to read other meanings into sentences’ world of today, your attempts at ‘Yoda speak’ could have unfortunate consequences for your startup. Ending a proposal with “this concept knows no rejection,” might open up the chance of the prospective client assuming the door has been shut often on you. Welcoming a bright new recruit by declaring, “your prospects brighter than even an under-performing quasar,” could send the fresh talent out of your door and into the competitive system. Perhaps the safest manner in which the great master can be invoked within your office is by inserting a space at the centre of ‘Yoda’, and making it the informal corporate greeting.

Finally, with the Star Wars franchise returning to theatres this winter, the inspiration of one of the most iconic cinematic series in popular culture is bound to seed a few ideas in the minds of the young and restless.

Not all of them, though, might make the cut, as far as sane viewing on the intra-office CCTV system goes.