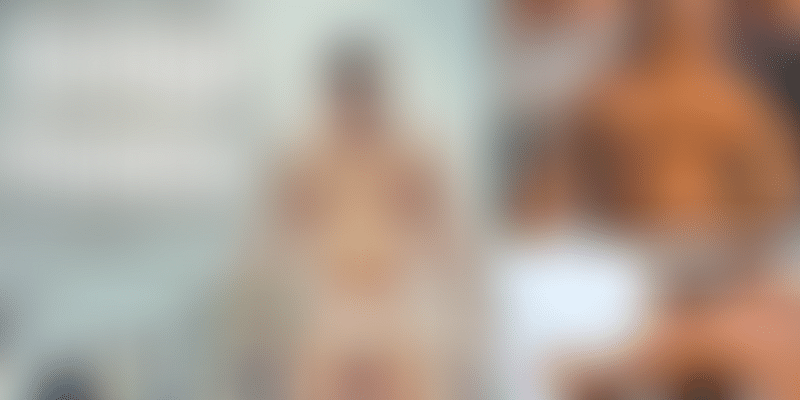 30-years-old Virender Singh, popularly known as Goonga Pehelwan, has earned fame winning dangals (fights), has long emerged as the face of all deaf athletes in India after proving his courage and skills on the global stage on several occasions. He has won two gold medals, and one bronze medal at the Deaflympics. He has also won a silver, and a bronze medal at the World Deaf Wrestling Championship; and has made his countrymen proud. Despite his achievements, he has to resort to fighting mud-wrestling competitions against able-bodied athletes to make a living.

Virender works as a clerk with the Haryana Power Corporation, and earns more from the prize money he makes from his fights. Virender polished his skills at the Chhatrasal Stadium, grappling with the likes of Sushil Kumar, the winner of back to back Olympic medals. According to the Times of India’s interview with Vivek, who has made a National Award winning documentary ‘Goonga Pehelwan‘ on Virender’s life and struggles, “The national coach rates him as one of India’s best wrestlers but the federation has never allowed him a chance to qualify for the Olympics saying that he can’t hear the referee’s whistle. To be sidelined because of a hearing disability is a cruel irony.”

Virender, however, seems happy with what he does. “Nothing has changed,” Virender told the Live Mint through an interpreter. “I still have two pairs of clothes to train in. One pair of shoes. No one has given me anything because of my performances. But it’s okay. I am a very happy man. I get to do what I love”. He is now determined to give the 2016 Rio Olympics a shot.