[Photo Sparks] Startup showcase at IoT Next 2015: will India become the IoT capital of the world? 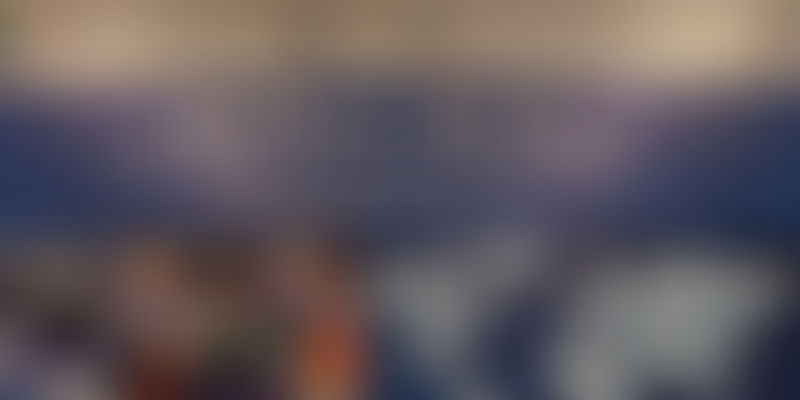 PhotoSparks is a weekly feature from YourStory, with photographs that celebrate the spirit of creativity and innovation. In this photo essay, we cover the startup expo at the inaugural IoT Next 2015 conference in Bangalore!

TiE Bangalore and the India Electronics and Semiconductor Association (IESA) have teamed up with the Dept. of IT to launch the IoT Next series of conferences, to grow the IoT (Internet of Things) ecosystem in India. India’s IoT Forum has hosted 18 events so far and mentored 26 startups, and IESA has also set up an Electropreneur Park in Delhi to promote electronics startups in domains like IoT.

Industry 4.0 brings together German engineering and Indian IT, according to Juergen Moessinger, Vice President, Bosch. For example, manufacturer TexMo has improved its development of agricultural pumps in India thanks to IoT.

“India has 100 Smart City projects, and industry will play a major role in driving projects and IoT standards,” said Vinay Shenoy, Managing Director, Infineon India. Corporates are treating startups as ‘outsourced innovation’ to stay at the cutting edge of new ideas and applications, he added (see YourStory’s framework of 15 ways in which corporates can engage with startups).

"There is willingness to work for the startup ecosystem in India’s central and state governments,” said Naganand Doraiswamy, President of TiE Bangalore. Government use cases and IoT recommendations on requirements for spectrum have already been formulated, according to Arvind Tiwary, Chair, TiE IoT Forum.

Automated identification of vehicles can speed up toll collection from transiting trucks in cities like Delhi, explained Pramod Varma, Technology Architect, Ekstep. The Julia computing language can help create ‘brilliant machines’ and make it easier for engineers to become programmers for IoT design, according to the language’s inventor, Viral Shah.

Inspiring talks were delivered by Dilip Chabria, co-founder of Team Indus, which is literally taking IoT to space for its lunar land rover projects. Savari Networks, based in Jayanagar, Bangalore, is right at the cutting edge of IoT software for driverless car systems. There is also a social enterprise angle to IoT, exemplified by the open source software for supply chains developed by Logistimo for rural and emerging markets.

A range of startups also exhibited at IoT Next 2015, as showcased in this photo gallery. In the coming years, more startups will launch and scale, bringing the cutting edge of IoT benefits to consumers, businesses and governments in India and around the world. We look forward to the 2016 edition of IoT Next already, and to the next wave of innovations and impacts!