Continuous exploration gave me the confidence to put my idea out into the world: Spriha Chokhani, founder, Pulp Factory 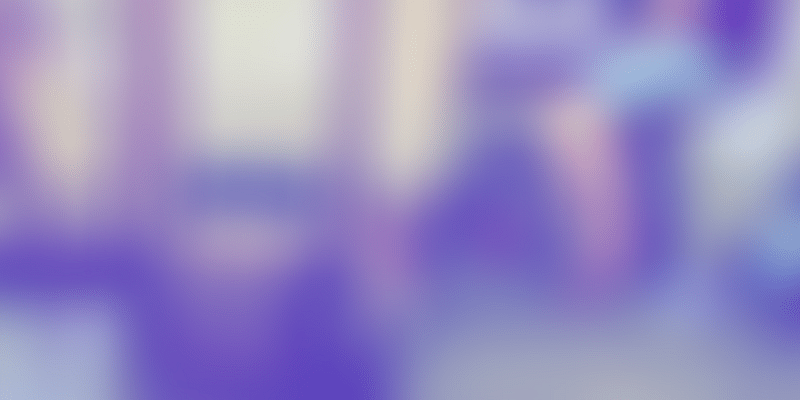 “My studio in Assam is like a science laboratory. I am always searching for materials which are used as a catalyst in other products, mixing and combining different craft forms like lac, glass, chal­k etc.,” says artist Spriha Chokhani. The process is as intuitive as it is spontaneous and one that she immensely enjoys. And though she is now thoroughly immersed in her calling, finding it in the first place was a long winded route of self-discovery.

Spriha runs Pulp Factory, a design studio that creates furniture and other home décor products out of discarded paper. “It’s all about pulp – waste, raw, new. It is the raw material for any creation at the studio. Hence Pulp Factory,” explains Spriha. The uninitiated may balk at the thought of sitting or sleeping on furniture made out of paper and it is a reaction that she commonly faces. “I love the look of surprise on everybody who comes near the pieces. Everyone’s first reaction is, ‘Are you sure it will take my weight?’ and every time they find out that it can take more than 200 kilograms,” Spriha laughs.

“Continuous exploration gave me the confidence to put my idea out into the world. My first few products were put into use at home to see whether they were really sturdy or was it just my obsession. After four years of constant usage, these stools are still doing a fine job,” Spriha assures.

Though she conceived a rough version of the Pulp Factory idea while she was still in college in 2010, bringing it to fruition has been a journey in itself. “After graduating from Srishti School of Art, Design and Technology, I wanted to continue with the project but I was unsure of the how, what and where. Meanwhile, I went to study pottery at Andretta’s in Himachal (Pradesh), travelled extensively and kept on experimenting with paper maché.” She started exhibiting her work publicly in 2013 and setting up Pulp Factory was a natural progression.

Spriha calls Pulp Factory a one-woman army. “Everything, right from sourcing the material to making the product to marketing is done by me,” she explains. She is not interested in scaling up because the handcrafting of her pieces is what renders Pulp Factory products so unique. She explains, “It works on a made-to-order-basis. I don’t believe in mass production. Each (piece of) furniture made by me is limited to 10 pieces. They all fall under the functional art category. Making the pieces takes about a month or month-and-a-half, depending on the design and the weather.”

That’s not to say that she is not interested in scaling up at all. Her vision requires returning to the roots. “In the future, I would like to collaborate with different artists and craftsmen. Involving the craftsmen of Kashmir, where the knowledge of paper maché has been passed down from generation to generation, and collaborating with them would be a dream come true,” she says.

To say that Spriha’s choice of material, especially for the purpose she is dedicated to, is unusual would be an understatement. But she has her reasons. “It’s paper after all, one of the most needed and wanted materials in the world. The material has a lot of scope. It was one of the prime materials used before industrial products took over. It has been used for making bullets, boats, the Pope’s crown, even. Even Tiffany’s has paper maché jewellery in its archives,” she recounts. “Pulp Factory is like an umbrella. Each of its spokes is dedicated to unearthing the varied design potential of this versatile material.”

Despite its ubiquity, Spriha says that a new age of consumer consciousness and a desire for experiential living is opening up the market for artists like her. “A designer has the key to change mass thinking. If we, the ‘designers’, choose the material and techniques that we work with consciously, a lot of social and economic glitches can be taken care off.” Her only sources of acquiring clients has been through exhibitions and word of mouth. Revenues have been slow to come in, but steady enough so as not to be discouraging. Spriha shares, “I have been funding it personally as of now. Whatever Pulp Factory generates, it goes back into making the studio function better.”

For Spriha, the hardest part about being an entrepreneur has been convincing people about the validity of her idea. “Though paper is one of the oldest forms of material around, people are very sceptical about buying into it. The challenge for me is to bring paper maché into the limelight as a trusted and long-lasting material for furniture.”

The other, and far harder to counter, problem she faces as an entrepreneur is the mindset. “There was this one time when I had an exhibition in Delhi. A lady dressed from head to toe in luxury brands came up to me and started dissecting the cost of the newspapers that I had used to make my products. She then asked me to reduce the price by 70 per cent because it is made out of newspaper and newspapers don’t cost much. This clearly showed me that I have a long, long way to go…” sighs Spriha.

To exist in a world where artists and their blood, sweat and tears receive only grudging respect is soul crushing. But Spriha is hopeful: “The air is changing. Consumer consciousness and awareness is increasing. Be it packaged versus fresh food, mill-produced vs hand-spun, cycling or carpooling, we are getting there. The future is like a vast ocean of opportunities. My startup is a small drop in that ocean.”

Her advice for dreamers: “Dive deep into your work.”