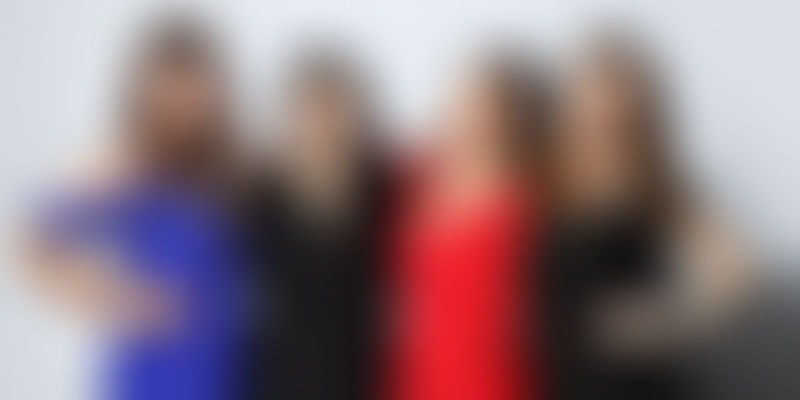 In 1994, when Sushmita Sen stood on the Miss Universe stage going through the final rounds, an impressionable 16-year-old Preeta Sukhtankar hung on to each word as she answered the final clincher at the pageant: What, for you, is the essence of being a woman?

“The very fact that one is a woman is the gift of God which everyone must appreciate. A woman is someone who shows what love, sharing, and caring is all about…,” Sushmita’s confident reply filled every living room watching the live telecast back then. “I wrote about Sushmita Sen becoming Miss Universe in the ‘Sunday Observer’,” says Preeta about her early influence that set her off on the path leading to the beauty and fashion industry. Today, 38-year-old Preeta is the Founder of The Label Life, an editorial e-commerce lifestyle brand, based in Mumbai.

Referring to the crown won by an Indian on the international stage perhaps not since Reita Faria’s Miss World title in 1966, Preeta says, “This was an iconic milestone for the general awareness in the beauty and fashion industry in the country which had both social and economic repercussions.”

In her professional journey so far, Preeta has kept a keen eye on the ‘new’ Indian woman that Sushmita Sen and others like her came to represent, as her biggest consumer segment.

“My work as a television producer at MTV, or when I moved on to become a publisher at Seventeen Magazine & L'Officiel with a deep understanding of the beauty and luxury tastes, and along the way when I produced events, managed celebrities, and styled ads I donned many an avtaar to really get to know her and understand her -- my Indian woman consumer. I do believe my wonderful, almost all-women team with very similar backgrounds and I know her from different lenses,” says Preeta.

Started in 2012 as LabelCorp with a $1 million funding (in 2013) from Kalaari Capital (disclaimer: Kalaari Capital is an investor in YourStory), the startup has rebranded into The LabelLife. In these years, Preeta’s vision of offering an international brand out of India has remained unwavering. Given her background and inspired by international brands like One King’s Lane and The Honest Company, she successfully married content with commerce nudging her target consumer to shop the look.

But why would the discerning consumer that she is targeting take her word for it? So she brought in celebrity editors or ‘tastemakers’ as she refers to them and they provide the potential shopper with a personal touch. Sussanne Khan, Malaika Arora Khan, and Bipasha Basu are not just endorsing the brand but they curate and style signature pieces of home décor, clothing, and accessories respectively. The three Bollywood celebrities, who are business women as well, are equity holders in The LabelLife and are compensated on a revenue-share basis.

“Since the merging of the three labels (thehomelabel, theclosetlabel, and thetrucklabel under the earlier brand) there are promising trends on both cross-sell and up-sell. Traffic has also increased by 40 percent compared to last year. Our 45 percent repeat rate shows that our customers still love us,” says Preeta.

Besides the rebranded storefront, the startup is collaborating with various marketplaces like Myntra. It has also seen some good response on Voonik, Roposo, and others as well.

“The latest addition is an interesting collaboration with CraftsVilla.com where we will be hosting a pop-up showcasing an exclusive TheLabelLife home collection just for the holiday month of December. Our ability to attract and work with leading marketplaces will also give us an edge over pure-play online retailers. With channels showing promise, we aim to drive 50 percent of our orders from channels alone this year,” says Preeta.

Though other brands like Jaypore and FabIndia (their in-store experience is one of a kind) come to mind when talking about Indian brands offering affordable luxury products with an international appeal, TheLabelLife is attempting a different approach that focusses on the ‘personal touch’ to make its brand stand out.

Leveraging celeb power and free content, Preeta ropes in a designer of the month where a leading designer from the industry creates exclusive merchandise for her shoppers. Malini Ramani and Rocky S have so far enticed people to shop on TheLabelLife.

"Our three tastemakers also came together like never before. To give you an example, Malaika recently styled Sussanne for a photo shoot and posted pictures of the same across social media and shared it with her following."

Rocky S is the editor of the month this December and it was Bipasha who styled and chose ‘cushions’ as a suggestion for him, and the two of them have come up with a “fabulous pair for the party season.” To deepen their style editors’ engagement with consumers the startup is launching special Twitter handles for all three where shoppers will be able to tweet their queries on particular styles.

For the same, @askmalaika will be the first to go live this coming week. Adds Preeta, “Our blog ‘The Label Report’ is being revamped and will come back with a stronger editorial voice.”

This marriage of content and commerce is not new in the West, and it is fast catching up in India. No one likes to be told, ‘buy this.’ But when you show them the top five trends in fashion this season, you have their attention. Throw in a recipe for a Christmas pudding with the latest in kitchenware and the shopper has no qualms of whipping out their credit cards. Add to that an international design focussed UI that is easy on the eyes and you have a winner.

Though Indians prefer shopping abroad for luxury brands, at least those who can afford it, “over the next five years, spending in the Indian luxury market is expected to more than double to 236 billion rupees from 132 billion rupees,” according to research firm Euromonitor.

Thus, startup brands like The LabelLife have a lot to cheer. But of this rising number of luxury spenders how many will be shopping online? A ‘Wall Street Journal’ report says that luxury buyers in India prefer in-store purchases to online ones.

In 2014, 98.80 percent shopped in stores as opposed to the 1.20 percent that shopped online. “A customer’s preference to buy in-store is likely to continue over the next five years,” says the report quoting Shreyansh Kocheri, an analyst with data provider Euromonitor.

However, by forging partnerships with popular e-commerce marketplaces like Myntra, Preeta may have dodged the bullet. “We are hoping to do 2x of what we did last year in terms of revenues. But it is too early to say since we just kicked off Myntra this week and are already doing almost 100 orders a day,” she says. She knows her target market all too well. If they won’t come to her, she’ll go to them.