Riding the wave of disruption: 8 tips for tech and business strategies 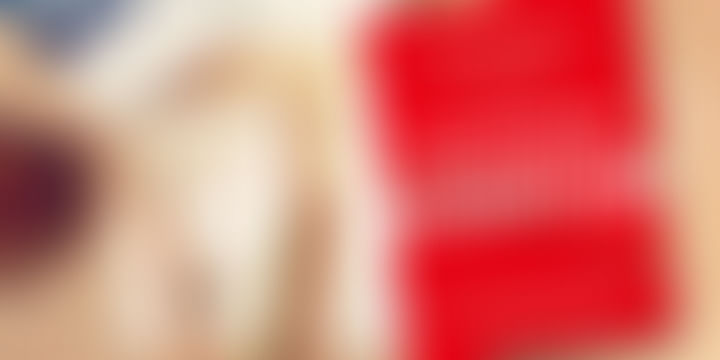 Four major forces are colliding, and transforming the global economy in their wake: the rise of emerging markets; the accelerating impact of technology; an ageing world population; and global flows of trade, capital and people. The result is opportunities for many, challenges for some and learning pressures for all, according to the book No Ordinary Disruption: The Four Forces Breaking all the Trends.

Authors Richard Dobbs, James Manyika and Jonathan Woetzel - directors of the McKinsey Global Institute - offer a sweeping analysis of global mega-trends with insights for startups and corporate alike. Dobbs, based in London, is co-author of Value: The Four Cornerstones of Corporate Finance. Manyika, based in Silicon Valley, is a senior fellow at the Brookings Institution, and is on advisory boards at Harvard, UC Berkeley, and Oxford. Woetzel, based in China, has authored four books on China.

“We live in an age of recurring miracles,” the authors begin. The ubiquity and speed of digital technologies are transforming businesses and creating new waves of innovation. “Technology allows businesses to start and gain scale with stunning speed while using little capital,” the authors explain.

The ‘muscular system’ of steam engines which spurred the Industrial Revolution in the 1700s is now augmented by the ‘neural system’ of digital technology, with new breakthroughs occurring at a faster pace than ever before. “We estimate that digital capital is now the source of roughly one-third of total global GDP growth,” according to the authors; examples of such intellectual assets include Google search and Amazon recommendations.

Here are my eight key takeaways from the mega-trends in this 280-page book, in terms of tech and business strategy for startups as well as corporates. See also my reviews of the related books Code Halos, Big Bang Disruption, Global Tilt, and Tomorrow’s World.

“Cities are where a country’s population meets the modern world and the global economy,” the authors explain. The world is witnessing the largest mass migration from the countryside to the city. Along with challenges of infrastructure overload and housing shortages, urbanisation’s network effects can spur productivity and innovation in new services and models such as smart cities.

These include HomePlus (virtual supermarket in Seoul subways), Zipcar and Lyft (transport services). In New York city and Vienna, unused phone booths are being transformed into interactive information kiosks. In Lima, humidity collectors are used to generate water via condensers.

Telematics, smart trucking and urban distribution centres can help deal with traffic delays in Bangalore. “Vibrant cities are an absolute necessity if India is to live up to its potential as a global economic powerhouse,” the authors caution.

Much attention has focused on national e-commerce players, but some have gone global such as eBay and AliBaba, two of the linchpins of global e-commerce. Even the smallest companies and individuals can become ‘micro-multinationals’ by tapping digital distribution and micro-work.

“Kiva, the world’s largest online platform for peer-to-peer micro-lending, has facilitated loans worth more than $630 million, mostly in the emerging world,” the authors observe. Kickstarter is another crowdfunding platform to watch. TransferWise, a UK startup in P2P money transfer in 17 currencies, went from zero to $1 billion of transactions in less than four years.

Jumia, a Nigerian e-commerce company, has expanded to Kenya, Egypt, Morocco and Ivory Coast. M-Pesa, a mobile money service started in Kenya, is now being deployed in other African countries and Asia as well.

Social, mobile, analytics and cloud (SMAC) are driving the growth of companies ranging from AliBaba to Uber. LinkedIn makes an estimated 50 percent of its revenue from talent solutions, a B2B offering based on intelligence and tools for recruiters.

Wallaby is a US startup which uses open data to recommend which credit card a consumer can use for different types of purchases in order to maximise rewards. The Open Street Map project was used for disaster monitoring and relief in the wake of the Haiti earthquake.

Though much attention focuses on the youth dividend in many countries, the human population is also getting older. By 2040, China could have more dementia patients than the rest of the world combined. By 2050, India will have over 300 million senior citizens.

These statistics also open the door to new technologies like 3D printing of human organs, and a range of service delivery models for the aged. Portea Medical offers home healthcare in over 18 Indian cities, leveraging geo-spatial information and health data in real time. Medtronic has launched CareLink Express to connect pacemaker data directly to physicians.

SingTel’s Project Silverline refurbishes old iPhones with apps for the elderly in Singapore, and Fujitsu has rolled out Raku-Raku (‘easy’) phones designed for seniors. Deutsche Bank has designed ATMs with Braille and voice guidance.

Nimble players are also pivoting from one business segment to another, eg. Netflix pivoting from rentals to streaming, and then diversifying into original content production. Dollar Shaving Club uses purely online promotion and is taking on industry giant Gillette.

Digital technologies are spurring not just new business models but new market models such as the sharing economy. They are shaking up entire industry sectors, as evinced in the numerous protests by taxi cab companies around the world against Uber (see my book review of Peers Inc. by Robin Chase). At another level, new models will need to be deployed to bring technology and business to illiterate users, eg. voice-activated websites to cater to 300 million illiterate Indians.

Industrial robotics can become a $40 billion industry by 2020. Solar Brush is a Berlin startup that has developed lightweight robots for cleaning solar panels. BMW uses a robot called Mobi-Cell that can be used in a range of plants.

Resource productivity along with global warming are twin emerging concerns. Companies like Google are trying to ensure their digital facilities are carbon neutral, creating new opportunities for solar and wind farms, sea-water cooling and energy-efficient lighting.

Smart supply chain technologies are being used by Walmart to ensure proper cooling and reduction of wastage in perishables. NEC is developing large-scale batteries for utilities to improve power storage and distribution.

8. Learn to live with disruption

“Today, new competition is coming from a wave of rapidly growing newcomers that are simply not on the strategic radar and that don’t appear on the radar until they have gained critical mass,” the authors caution.

For example, SnapChat surpassed the photo-sharing activity of Facebook and Instagram within two years of launch. E-commerce incumbents have been challenged by the rise of platforms like Etsy for independent artisans.

Harnessing these waves of technology calls for continuous re-skilling by startups and corporates alike; ‘skills security’ is eroding rapidly, which in turn opens up new opportunities for ed-tech firms. Investors also need to have a global eye on emerging startups, well evinced by Silicon Valley VCs active around the world as well as others such as Rocket Internet from Germany (it has invested in Jumia, EasyTaxi, CarMudi, Jovago).

In a fast-moving hyper-competitive digital world, companies need to plan and operate as if they are in a video game and not a board game. Acquisitions and mergers are a key way to stay ahead in the race, as evinced in deals such as Facebook’s acquisition of WhatsApp. Some deals may also be in the nature of acqui-hires, eg. Yahoo’s purchase of Tumblr for $1 billion to bring in founder David Karp.

The book also offers tips for large national players, MNCs and government policymakers. It is important to engage deeper with emerging markets such as the giant economies of China and India; e-commerce in China surpasses that of most other countries, and India is emerging as a major hub in domains ranging from startups to space exploration (the Mangalyan Mars mission is widely regarded as the ‘embodiment of frugal innovation’).

“Technology is shifting the balance of power from large, established incumbents to small businesses, startups and entrepreneurs,” the authors explain. To avoid becoming ‘corporate casualties,’ large firms can learn a lot by forming alliances with startups (see my earlier framework of 15 innovation tips: how large corporations can successfully engage with startups.)

Reinvention, differentiation and growth will be key success factors for competitive advantage for corporates as well as startups who have passed scale stage. GE now develops more than 25 per cent of its healthcare products in India. LG’s product innovation centre in Bangalore is its largest outside Korea.

From year 1 to 1500, India and China accounted for two-thirds of global economic activity. By 1950, after three centuries of colonial rule, the economic centre of gravity shifted to Europe - but by 2025 the tilt will again be towards China, India and other emerging economies. From 1990 to 2025, three billion people would have joined the consuming class.

In the wake of these changes, companies have to learn how ride emerging technology and demographic waves without drowning in them. “Smart planning, a willingness to change, and an openness to new ways of conducting and managing business will all be vital attributes in harnessing the power of global flows,” the authors sum up.