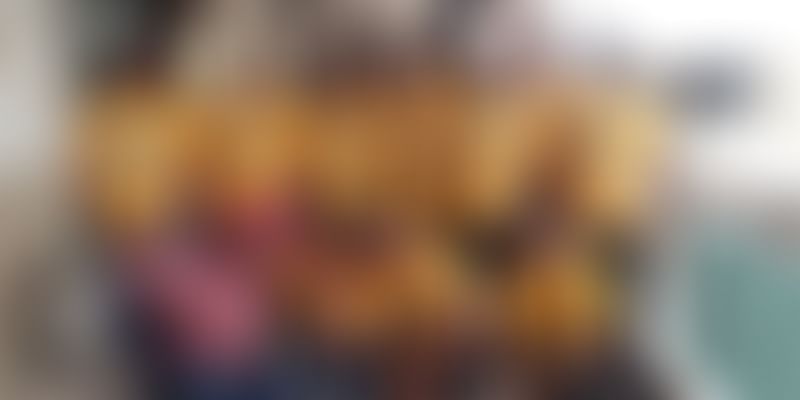 It's Monday morning. You're already cursing that extra five minutes you spent in bed after hitting the snooze button. The cabs are running at double the meter, and the idea of having to drive in peak hour traffic is a nightmare. This was a problem Mumbaikars Youmit Singh, Navneet Singh and Randeep Singh were facing regularly. Add to that, the trio had to cross some of the busiest streets in the city during their daily commute.

"Public transport was inconvenient, and we could not afford the radio cabs or kali-peeli taxis. Carpooling was neither feasible nor practical as our timings were different," says Navneet, 33.

And yet, they would see cars plying empty. This inspired them to develop seat occupancy sensors to make car sharing more organised. And thus was born Zoomot Services.

A ride-sharing app, Zoomot lets you book a seat in a cab rather than the cab itself. It uses a point-to-point billing system; tells you if cabs are available in the vicinity; and if a seat is available or not. You could also reserve a seat in advance. The cabs work on fixed routes and follow a fixed schedule.

"The idea is to promote sharing in an organised way with better capacity utilisation," says Navneet. Youmit and Randeep are IITians, who met through the alumni network, while Navneet is a graduate of Symbiosis. The three have been friends for a while now. When Youmit and Randeep came up with the idea for Zoomot, they roped in Navneet as well.

They tied up with Affixus Technologies to iron out the technology aspects of the app The team has built a robust system based on embedded micro-controllers and sensors for accurate vehicle tracking, billing, and occupancy status. Their app CoolShare is available via the Android PlayStore or the Zoomot website. They have also established a call centre for customer support.

The main challenges have been hiring and building the team and fleet management. The team at Zoomot had to build their fleet from scratch as they weren't aggregators or regular car poolers.

They built the fleet by approaching commercial taxi vendors. They assured the vendors a minimum run of 3,000 km a month at Rs.35,000. "With proper contract management and benefits, we have been able to control our fleet. Nonetheless, it still remains one area of concern," says Navneet. They generate revenue directly from the customers on a per seat basis, and make vendor payments per cab used. For every kilometre, the customer pays Rs.4.5.

The revenue is directly proportional to the percentage of seat occupancy or capacity utilisation of the vehicle. "So, if we keep our utilisation on the higher side, it will take care of the fixed and variable costs," adds Navneet.

Also read: With ‘Ola Share’ and ‘uberPOOL’ has ride-sharing come of age in India

After getting the necessary permissions from the Mumbai RTO, Zoomot started operations in October 2015 with a fleet of five cabs. By the end of October, they claimed they were getting an average of 20-30 transactions per day, excluding the free rides.

By November they were operating a fleet of 12 cabs with 45-50 daily transactions with an average ticket size of Rs. 110. Currently, they operate four routes and will add six new routes in December.

"We intend to operate a fleet of 150 cabs in the next six months running on 20 routes in Mumbai," says Navneet.

To ensure the safety of the passengers all the drivers go through the mandated KYC checks and police verifications. Navneet adds that since the routes are fixed, the GPS signals immediately alert the control room if the route or course changes. There also is a panic button inside the cab for passengers, so that it immediately sends out an SOS.

The team was bootstrapped during the three-month prototyping phase. They raised a seed fund in August from an angel investor and are looking forward to initiate Series A funding for further expansion.

After Mumbai, the team intends to target metros across the country. "We are in initial talks to launch 17-seaters in a bid to reach the masses and cover a broader market segment. Once the operations are streamlined, introducing two-wheeler taxis is also on the cards," adds Navneet.

Carpooling in India seems to be gaining attention and interest. According to a recent Pricewaterhouse Coopers report, the global market in this space was valued at $15 billion. This figure is projected to hit $335 billion by 2025.

India, according to experts, will get a good share of this market projection. The last few years have seen the likes of MeBuddie, RidingO, PoolCircle, LiftO and CarPool Adda coming up in this space, but the entry of global players like Brazilian Tripda and French BlaBla Car has been the real game-changer.

Biggies like Ola and Uber are also aggressively pushing into the space. However, with ZipGo, a mini-bus aggregator, hitting a rough patch in Bengaluru, policies across different states might act as spokes in the wheel. So how far Zoomot will go with its expansions is a question that is yet to be answered.