Kolkata based messaging app Arch - The Way aims to connect students, teachers and parents via a single platform 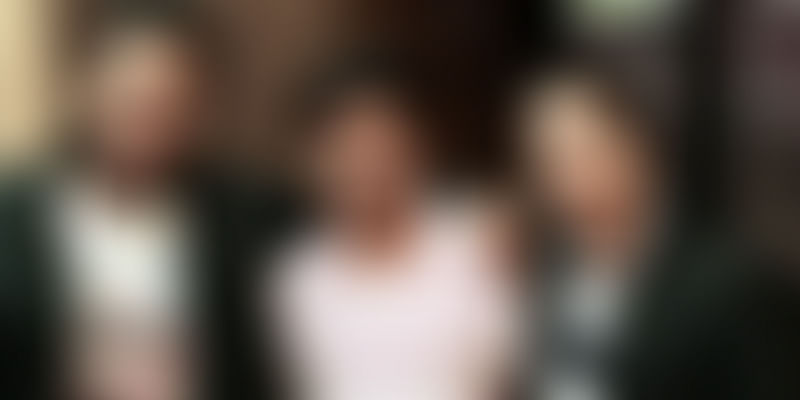 The way we communicate today has been revolutionised with the advent of various chat applications and social media tools. Everyone from family and friends trying to stay in touch across geographies to e-commerce players and retailers, who want to leverage inexpensive communication with their large client base, are using these. Even teachers are using these platforms to connect with students and their parents.

Sensing the vast potential in the latter category, 24-year-old Rudresh Chowdhury and his friend Nikhil Bajoria launched Arch - The Way, a messaging app for teachers and students, in September 2014 in Kolkata.

Arch - The Way is a secure messaging app where teachers can connect with students and their parents. The teacher can also broadcast messages and files to the entire class or receive feedback from the students and parents.

Teachers have to sign up on the Arch app or the website and create their classes. Each class is assigned a unique class code. Students or parents have to subscribe to this class code via the app to connect to the teacher.

We give huge importance to user privacy. Our USP is that teachers, students, and parents do not require to exchange any contact details to connect. This has been done for the safety and privacy of the users.

with the majority of users coming from Pune, Bangalore, and Ahmedabad in India and a few . On an average, a teacher connects to 50 to 60 students via Arch The Way.

Majority of the user base are school and college teachers and minority of them are external teachers who use the app for coaching classes. According to Rudresh, they have received positive feedback from the teachers so far like improvement in homework performance of students and positive impact on the parents-teachers meeting owing to the constructive discussions between parents, students and teachers.

Both Rudresh and Nikhil were on the verge of becoming Chartered Accountants, but quit before their final paper to pursue their entrepreneurial dream. The fact that neither had a technical background posed a challenge when they had to come up with the initial version of the app. The duo continued to face their share of troubles even after the launch of the app. During the first month, a few technical hiccups led to many users discontinuing their use of the app.

Rudresh recalls, “It was very demotivating to lose some of our very initial traction but it helped us get our technology right.”

During their market research, the duo discovered a plethora of edtech tools, but none that focused on teacher-student-parent communication. This is when they came up with the idea for Arch – the Way.

Later on, their friends Nikhil Bajoria, Nitesh Agarwal, Abinash Biswal, and Soumya Malani joined to take the startup to the next level. Soumya holds Masters in Finance from the London School of Economics, and Nitesh is already an entrepreneur with a flourishing steel business. Abinash Biswal, an artist by profession, takes care of design. Currently, they are a team of nine.

Initially, Rudresh was fortunate enough to get his erstwhile school teacher as his first client. The momentum kicked in when a parent recommended Arch – The Way to the Principal of Victorious Kidss Educares (Pune). Moreover, in August 2015, AIIMS Patna invited Arch – The Way to demonstrate its usage to the teachers.

The next job was to figure out the right way to bring maximum teachers onto Arch. We have visited many schools and colleges to reach out to teachers. Finally, we encountered a new breed of teachers who were highly motivated to leverage technology in the classroom. Simultaneously, we explored a couple of offline measures like seminars.

Arch the Way is targeting five million users over the next 18 months. The startup claims to leverage the use of Content Delivery Networks (CDN) to ensure smooth exchange of study resources shared by the students.

According to Rudresh, all the services in the app are available for free and as of now they are funding the growth from their own savings. He adds that they are in talks with some of the investors and by the end of this February, the startup is planning to raise funds.

Rudresh claims that Arch – the Way is India’s first teacher-student-parent communication platform and their direct competitor is US based Remind. However, a google search discovered a few similar startups in this space such as Gurgaon-based myschoolapp, SINE-incubated Trumplab, and Kochi-based EdDairy.

According to IBEF report, India's online education market size is expected to touch US$ 40 billion by 2017. Gone are the days when students penned down the assignments in the classroom and worried about being absent in school. With the messaging app becoming a part and parcel of today’s digitally competitive world, we hope to see few more similar apps entering into this space in the next couple of years.