Chai Point goes green; to use electric bikes for delivery 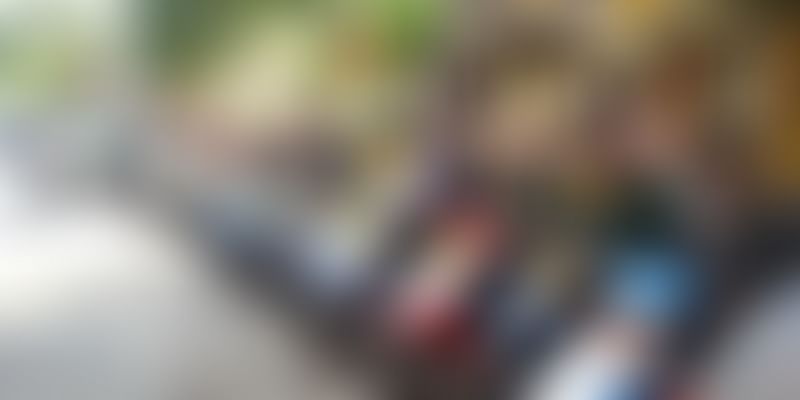 Despite the fact that the food tech and delivery startups might be making life easier for the end consumer, they are now trying to do their bit for nature as well. After Roadrunnr and Swiggy, Chai Point joins the bandwagon of adding a delivery fleet of more than 60 all-electric scooters. The team has partnered with Ampere Vehicles Pvt. Ltd and Hero Electric in this initiative.

The company is calling this fleet as the Green T-brigade, which is being deployed in Bengaluru, NCR, and Hyderabad. Chain Point will also be deploying its Green-T-Brigade in Mumbai and Chennai, as operations expand to these regions.

Amuleek Singh Bijral, CEO, Chai Point, says that the use of an electric scooter-based delivery fleet not only helps the environment, but it also gels well with their operational needs. He adds that it saves on their fuel costs and there is no longer a need maintain fuel usage logs. Furthermore, the team is now able to acquire the two wheelers at a reduced cost due to the government subsidies associated with sustainable transportation.

Yangchen, Head of Delivery and Channels, Chai Point, adds to this point by saying that the Green T-Brigade is proving to be economical as it helps in the delivery of small ticket orders as well.

Hero electric is already offering after-sales and services at the Green T-Brigade locations and hopes to continue in other locations as well.

Hemalatha Annamalai, CEO, Ampere Vehicles Pvt Ltd, adds that electric vehicles will grow rapidly in the delivery segments in the coming years and the team at Ampere is happy to join Chai Point in this endeavour.

It is heartening to see delivery and logistics startups joining the green revolution. Most e-commerce and delivery companies use motorbikes that are owned by the delivery boys. With this initiative, many can now use the electric vehicles provided by the organisations.

As said by Amuleek, the use of electric fleets also helps reducing the operational and fuel costs. In fact, reports suggest that these electric scooters are close to 65 per cent cheaper than a petrol vehicle.

While the petrol cost in Bengaluru is over Rs 60 per litre and the mileage range is 50–60 km, you get the same mileage out of an electric vehicle by charging its battery for six hours and the cost is less than Rs 5.