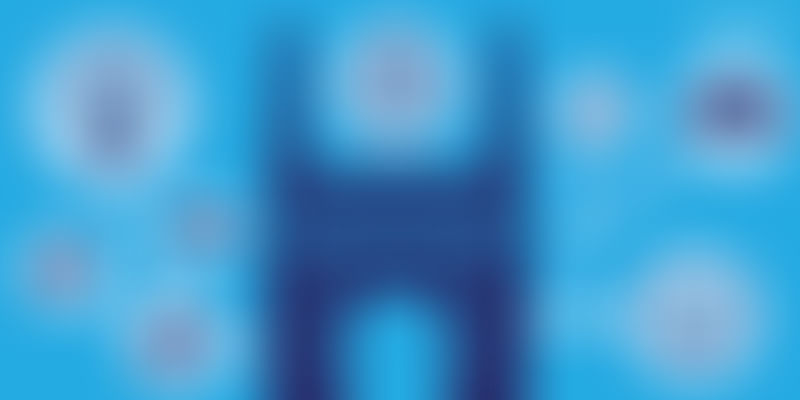 Bengaluru may have hogged the startup spotlight in recent years, but Hyderabad has been working towards building one of the strongest foundations for a powerful startup ecosystem and hub in India. In fact, there was a time when it was believed that Hyderabad would give Bengaluru a tough competition.

At the peak of its IT revolution, Hyderabad was home to biggies like Microsoft, Facebook, and Google. A common anecdote of the time was how then Chief Minister, Chandrababu Naidu, managed a meeting Bill Gates and convinced him to start Microsoft’s Research Centre out of Hyderabad. However, political issues like the Telangana movement put a halt to Hyderabad’s march towards becoming the predominant startup hub.

A group of government officials, investors, incubators and startups in Hyderabad are now attempting to make up for lost time. The results are already visible. Global e-commerce major Amazon chose the city as the home for its largest warehouse, which is capable of storing about two million products. Uber too is setting up a state-of-the art facility in Hyderabad, which will eventually be its largest international office.

Young and upcoming startups are also getting a boost. YourStory currently tracks 1,800 startups in Hyderabad.

Before we get into the different ingredients, that make a truly powerful Hyderabadi startup biryani, here is a sneak peek into the funding details in the city:

Funding trend in the past five years in Hyderabad:

In September last year, a NASSCOM report showed that close to eight percent of the startup activity in India is happening in Hyderabad. Sanjay Enishetty, 50K ventures, says that by 2018, the Hyderabad Startup Ecosystem will possibly be bigger than the Bengaluru Startup Ecosystem.

Speaking of the quality and kind of startups that are seen in Hyderabad, Sateesh says that like most startups across India, those in Hyderabad are also jumping on the hyperlocal and e-commerce bandwagon.

However, over the past few years, the kind of startups that have grown in Hyderabad are in the enterprise software, commerce, and healthcare sectors.

“In Hyderabad, there is this strong trend of people with solid corporate experience quitting their jobs and starting up. This in itself helps improve the quality of entrepreneurship. The entrepreneurs have an understanding of the different elements and aspects of a business. They aren’t necessarily knowledgeable on everything, but they understand that there are different aspects,” says Tom Thomas, COO, CIE Hyderabad.

So what are the key ingredients that make Hyderabad a great startup ecosystem?

For any startup to thrive, apart from the product, you need the right team and infrastructure in place. And Hyderabad has ensured that the city has a strong infrastructural base. In fact, the infrastructural foundation of the city was laid in the early 2000s.

“Hyderabad today can be considered amongst the cheapest metros in the country. The seeds of a strong infrastructural base were sown early on, and now we are just adding to it,” says Ramesh Loganathan, VP Products and Centre head, Progress Software, and one of the city’s most sought-after mentors and advisors.

There possibly has not been a better time for startups in India, with the Startup India initiative and more recent announcement. But with Hyderabad specifically, there has been a surge in government support. Recently, the youngest state in the country, Telangana made headlines with the announcement of its largest incubation centre in India – T-Hub.

It is believed to be one of the most powerful and ambitious projects that has been taken up by the government. K T Rama Rao, who was an IT professional for six years and is now the IT Minister of Telangana, has said that the T-Hub is not for Telangana techies alone, but is also meant to attract talent from across the country.

The Telangana government is also in the process of setting up two more incubation centres in the gaming and animation and aerospace sectors soon Located in the IIIT campus, T-Hub is called ‘the incubator of incubators’ by mentors and incubator heads in Hyderabad.

Explaining this, Ajit Raj of T-Hub says that the aim of the incubation centre is to create a complete ecosystem for startups. “The main idea here is to build a support system that is so strong that startups don’t find it difficult to get advice, mentorship, funding and infrastructure. For that, we not only have our own incubation centre, but also have tie ups with the likes of NASSCOM, CIE and others to help incubate their startups as well,” adds Ajit.

Ratan Tata, when he inaugurated the T-Hub, said, “Walking around the T-Hub building made me realise that we are entering into a new phase of entrepreneurship, innovation and enterprise in India. It is enterprise that is non-traditional and focussed on innovation of the mind. This was what elevated the US in the 80s into a new world of technology and hi-tech. It changed the way we lived. A facility like T-Hub gives you a sneak-peek into the new India of tomorrow.”

Aditya Vuchi, Founder, Zippr, a Hyderabad-based tech startup, says it has never been easier to start up in Telangana. He is hoping for a collaboration between Central and State departments.

The T-Hub, on Monday, also announced its incubation programme LAB/32. In this programme a few handpicked startups will not only be able to access top mentors in the industry but also will be given the opportunity to pitch to VCs and angel investors across the globe. Some of the mentors include Gautham Seshadri of Aarin Capital and Keerti Melkote of Aruba Networks.

Praveen Dorna, Co-Founder Startup Byte and the Head Incubation manager at CIE says that the kind of entrepreneurs at CIE aren’t very different from entrepreneurs elsewhere, but the idea is that the incubation centre provides a solid base for founders who are looking to build great products and need support of infrastructure, mentors and advisors.

Raghuveer Kovuru, Startup Coach and Community Animator at Co.Lab.Orate says that while startup activity in Hyderabad cannot be compared to Bengaluru, the city is nevertheless working slowly and steadily to become a strong ecosystem base.

“The idea of a co-working space is to build community and help startups spend less on office spaces. They focus on building the product and talent base,” says Raghuveer. He adds that there is more collaboration and networking in a co-working space.

In most co-working spaces, there are events and talks on funding, growth, and key advice that any first-time entrepreneur would seek.

Startups and startup ecosystems are defined by the kind of people who form the startups or the ecosystem. In Hyderabad, with government support and infrastructural elements in place, it is now up to the entrepreneurs to build and develop this ecosystem.

The growing number of top education institutes in the city not only ensures great incubation centres, but also that startups get the much-needed tech talent and people. Ramesh says that after Bengaluru, Hyderabad possibly has the most thriving talent pool across different sectors. The city has seen growth and development across different verticals, ensuring that the talent has grown to an exponential level in the city.

Looking at the growing number of entrepreneurs and startups in Hyderabad, key advisors, mentors, incubator heads and investors decided to get together and help entrepreneurs in the city. The idea was simple; it was focussed on helping the startups leverage the experience and understanding of mentors and investors.

Today, Hyderabad is among the most accessible and connected ecosystems in the country. “Everyone is open to talk to and the kind of advice one gets is very open and constructive. This is because, everyone wants the ecosystem to grow and thrive,” adds Manoj.

Sanjay says that when 50k Ventures first started in 2007-08, there weren’t many people to look up to or turn towards for advice. But today, he says that the ecosystem is working as one strong unit helping everyone grow and thrive in their own way.

While there are different ingredients in place, the Hyderabad startup ecosystem still needs to see the kind of funding that Bengaluru sees. While interconnected and with decent infrastructure in place, the city lost a good part of a year in political conflicts.

Even if there is decent technical skill and talent in the city, startups in Hyderabad will need to compete with Bengaluru-based startups that have deeper pockets. “We have different ingredients in place, we now need to start attracting people from different cities,” adds Tom.

While it might seem that every metro in the country is aiming to be a startup hub, Hyderabad is truly working on different aspects to achieve that end goal. “Everyone talks about the infrastructure, talent and growth opportunity, but it is about using the different elements and truly building a powerful startup ecosystem, and Hyderabad is working tirelessly as one unit towards that end,” says Ramesh.