Tuberculosis took away 22kg and most of her hearing, but Nandita continues to dance to the music of life 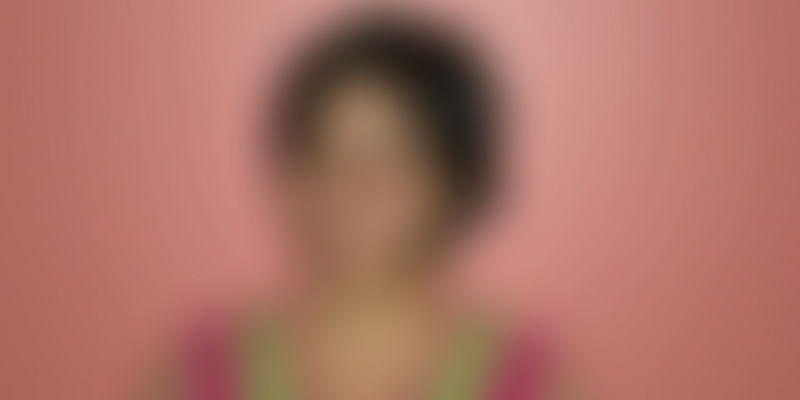 Life came to a grinding halt for 26-year-old Nandita Venkatesan in November 2013, two days after her 24th birthday. She lost 70 percent of her hearing as a result of a side effect to a life-saving anti-tuberculosis drug.

Tuberculosis (TB) was an old friend. She was first diagnosed with intestinal tuberculosis (abdominal Koch’s) in August 2007, a month after she started her graduation. At a time when her peers were watching movies, hanging out in college hotspots and forming memories, Nandita was busy battling her TB. Though she did overcome the first attack, she suffered a relapse in 2013.

Dealing with the illness and loss of hearing would take a toll on the best of us, but Nandita held on through the pain and though she felt down at times, she was far from out. She turned to her first love: dance. Even though she could not hear the music or the beats, she went on to perform on stage.

Nandita’s story is not only inspiring but a testimony to the fact that if we are willing in spirit, nothing is impossible.

Growing up in Mumbai

Born and brought up in Mumbai, Nandita did her graduation from Ramnarain Ruia College in 2010.

Armed with a post-graduation from the Indian Institute of Mass Communication (IIMC) in 2011, Nandita began working for The Economic Times in Delhi the same year. Her urge to specialise as a financial journalist led her to take up further studies in finance at Mumbai. So she quit her job and returned to Mumbai in November 2012 to pursue further studies and subsequently work there.

With her career plans in place, Nandita was happy to get back to dancing. She had learnt Bharatanatyam from the age of seven, at the Natanapriya Dance Institute, Mumbai. “I love the activity, motion and grace involved in dance. Dance is rightly described as ‘poetry in motion,’ and for me, it had become more than a hobby and my first love and a way of expression,” she says .

But the joy she derived from dancing was short lived.

The earlier infection from six years ago came to haunt Nandita again, in May 2013. Diagnosed with Intestinal Tuberculosis, she was now to undergo an aggressive treatment.

During her first stint with TB, she had undergone a 14-month treatment.

“Anyone who has battled TB would know what a difficult disease it is to cope with. The treatment involves consuming 10 to 15 pills a day, which have side effects from extreme nausea, vomiting, to even depression. If anything is worse than TB, it’s a relapse,” Nandita explains.

The second time around, the medication proved to be ineffective. With a gnawing stomach pain, loss of appetite and rapid weight reduction, there was no improvement in her condition. The doctors decided to resort to surgery to remove the infected part of her intestine. Nandita had their assurance that she would be able to resume her normal life and studies after the surgery.

“With my parents and brother in tow, I entered the hospital for the first time ever. I told myself that it can’t get very serious and that I would be out of there soon. Also, I consoled myself that a hospital stay would be a new experience for me and went to the OT,” Nandita recalls.

While the surgery was declared a success and Nandita was discharged after a 10-day stay, things began to go downhill very soon.

A week later, her condition started deteriorating severely. She was shifted to a bigger multi-specialty hospital, where the doctor informed her parents that her condition had turned critical.

“The doctor said that I would need further surgeries as the infection had started to spread across the digestive system. The aim now was to save my life at any cost. Days stretched into months; one surgery turned into four. Pinned down to the bed, my independence was snatched away harshly. The hair also started to go. I clearly remember going for a short walk in the hospital, when I saw myself in the mirror. With bald patches all over, I looked unrecognisable and felt terrible. Honestly, I didn’t know if I would survive this; all I knew was that I would not give up at any stage,” Nandita says.

With this thought, she began to use the time on her hand to read and strengthen her knowledge about her

condition. Her efforts began to pay off, as she started feeling more confident to ask the right questions to her doctors.Nandita also found strength in music and positivity. After two months in the hospital, she was discharged, only to return eight months later for the final set of surgeries.

“Pale and sickly, I had lost over 22 kg. The aggressive medications had clearly taken a toll on me. Nonetheless, I was happy to be home,” she remembers.

The shock of silence

And then, in November, a month after she was discharged, Nandita woke up from a nap to pin-drop silence. She had lost 70 percent of her hearing.

“I noticed my mother addressing me but understood nothing. It was all so confusing. I was undergoing severe post-operative pain due to four back-to-back surgeries. So, for the first few days, the loss of hearing didn’t seem real to me. I was so lost in the physical pain that hearing loss didn’t even matter or register in my head. In the days to come, I realised the magnitude of the situation, that it could be a long-term condition. I was confused, depressed and becoming increasingly irritable. I struggled to communicate with my family, which hurt me the most. I had lost access to all the things I took for granted — music, proper conversations, TV, movies. I fell into the vicious cycle of self-pity and withdrew into my shell. A social butterfly all my life — I took time to accept this change,” shares Nandita, revisiting those days.

Diagnosed with partial irreversible deafness, Nandita decided that she had to stop feeling sorry for herself. Accepting the situation was difficult but she did come to terms with it.

“Time may or may not heal everything, but acceptance does help mitigate the pain,” she believes.

At this point, dance turned out to be Nandita’s lifeline. She evinced an interest to perform at a dance programme organised by Natanapriya in October. “I needed to come out, and dance could possibly be the best agency to achieve this,” she says.

But the battle was far from over. Unable to hear any sound, Nandita had to match steps and stay in sync with fellow dancers. Moreover, after six surgeries and being bedridden for over a year, low stamina was a big challenge.“I was petrified by the fact that not so long ago I had given a stage performance, and today I was unable to even walk steadily without help. I decided to stay the course anyway. The tables finally began to turn,” she says.

She memorised the routine and took extra one-on-one practice sessions. “I prepared by reading the experiences of other hearing-impaired dancers, for example, a hearing impaired ballet dancer in London. This gave me confidence and helped me connect with the frame of mind,” Nandita adds.

On the day of the performance, she could not understand the music, but she could feel the vibrations of the rhythm with the hearing aid.

“Dance was my first step to conquering my hearing impairment,” Nandita says.

Nandita went on to give her first performance.

“As I ascended the stage, a flurry of emotions reverberated through me. The lack of music didn’t really matter. I knew I wanted to dance and went ahead with it! The performance was incredibly cathartic. Dance helped me embrace this new phase of life, with renewed confidence and grace.”

However, due to her impairment, Nandita continues to face challenges in her daily life.

In a time when audio and visual media dictate a lot of our conversations, she is mostly cut off from the world’s goings-on. Her window to the outside world is her parents and social media.

Striving for a better tomorrow

Nandita was advised to take it slow for a year to allow her body to recover, but she plans to start working full-time from next year. As a freelancer, she currently writes articles and features on finance and the Indian economy.

What keeps her going each day is the hope of a better, brighter tomorrow.

“I feel one should never stop dreaming. Tailor your dreams according to your present realities, but don’t give up dreaming about what you desire. Your dreams, even the smallest ones, can be a big source of resilience and motivation. In the hospital, my only desire was to get cured and something as basic as to start eating and walking. This year, my desire was to recover well, dance and take baby steps to start working.”

Nandita calls her ordeal a rebirth of sorts, for it has taught her that when pushed to the brink or the point of no-return you just have to stay put no matter what and not give up. In the process, she has found that she is much calmer, braver and more balanced than she was two-and-a-half years ago.

Nandita, who intends to pick up new forms of dance in 2016, says: “I think I have seen my worst; it has given the confidence that I have the strength to take on anything as it comes. Today, every single moment is valuable to me and I want to make the most of it! I try and extract learning from every experience, use it as an opportunity, and make it my strength.”