This doctor helped put India on the medical tourism map 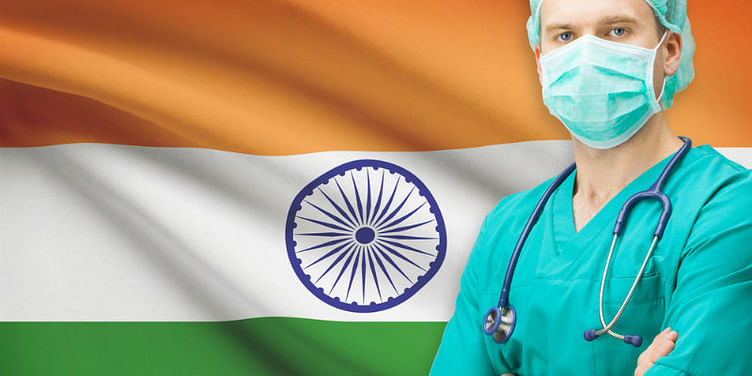 When Dr. Rajeev Rane, an avid traveller and doctor, was given the opportunity to go abroad and work, he declined, on several occasions, choosing to stay and serve in his homeland. Rajeev and his wife, a gynecologist, started their medical practice in Gujarat’s Bardoli district in 1983. The village they worked in had a very little in the name of health centres and medical facilities; Rajeev opened a hospital there in 1991.

Almost a decade later, the doctor witnessed an influx of medical tourists – NRIs and foreign nationals of Indian origin, from across the globe. He noticed the various hassles medical tourists had to undergo, and decided to build a platform to facilitate the easing of these inconveniences. However, the Internet was at an early stage in the country and the idea didn’t catch on.

Meanwhile, his son Anurav Rane, who had completed his engineering and MBA degrees, was building his own medical platform. Sadly, it failed to gain traction. Some years later, the father and son duo came together and re-launched the medical tourism platform PlanMyMedicalTrip, hoping to fulfil their dream. This time, the idea worked.

Launched in 2012, PlanMyMedicalTrip is a Pune-based solutions provider for anyone looking for affordable medical services and necessary infrastructure at hospitals that best address their concern. The platform leverages over 1,500 tie-ups with reputed hospitals and doctors in India and Turkey to provide services to international patients.

“The establishment of the platform was to ensure that anyone who could use the Internet could avail the best/ideal medical services and facilities. The platform not only guarantees medical services at an affordable price, it also handholds the patient and the caregiver through the tedious process of shifting to a new city for treatment. It proactively helps them with arrangements like procuring medical visas, hotel bookings, transfers and air ambulances. Our many medical packages also cover dental procedures, cosmetic and dermatological surgeries, organ transplants, cancer treatments, knee replacement, IVF, bypass surgery, weight-loss, anti-ageing and a host of other treatments,” says Dr. Rajeev, 60, Co-founder and COO, PlanMyMedicalTrip.

He adds that their platform is unique as, unlike its competitors, it allows users to compare treatment costs across different city hospitals, so they can make a prudent choice. The platform has successfully treated over 3,000 patients since it launched in 2007 under the brand name Best Medical Centers. Its catalysts, who refer patients to the platform, are spread across the US, the UK, Africa and the Middle East in addition to other countries.

Also read: How medical startups became the biggest thing in 2014

The platform follows a commission-based business model and charges a referral fee from hospitals. It doesn’t charge the patients any fees.

The platform has so far spent close to Rs 80 lakhs on the business. A majority of this investment was spent in creating a digital presence, and expanding affiliations across India and building a strong team.

In almost four years, the platform claims to have 15,000 – 20,000 hits on a monthly basis. These generate around 70 inquiries each day. “We have over 1,000 treatment deals live on the website. These deals have been provided to us from our more than 1,500 affiliations – both doctors and hospitals,” says Rajeev.

Besides, it claims to generate around 50 to 100 queries offline on a daily basis

The platform, which was bootstrapped till very recently, got its first round of funding of Rs 1.25 crore this year. It is present in most major cities throughout India and has recently started operations in Turkey.

However, the main challenge has been bringing doctors onboard and convincing them about the idea.

“One of the most challenging of all was to hire a technical team that understands our business and builds us a platform most suitable for our users, while at the same time keeping the costs to a minimum,” says Rajeev.

The current challenges have manifested in the form of high costs of marketing and creating awareness in various regions across the globe.

“Until we raise another round, we would be focusing on keeping the costs low by capitalising on our existing resource pool and taking help from our government, which is also keen on projecting India as a medical tourism hub,” says the doctor.

Currently, the Indian medical tourism industry is valued at a little over $3 billion, with tourist arrivals estimated at 230,000 annually.

According to Punjab Haryana Delhi (PHD) Chamber of Commerce and Industry, it is expected to reach $6 billion by 2018, with the number of people arriving in the country for medical treatment set to double over the next four years.

In this particular segment, Mumbai-based TransEarth, FlyforSurgery, Singapore-based DocDoc, and Germany-based Medigo and WhatClinic are some of the known platforms that offer medical services in India.