How Sheetal Jain, a sex worker’s daughter, learnt to respect her mother’s profession and march forth to the beat of her own drum 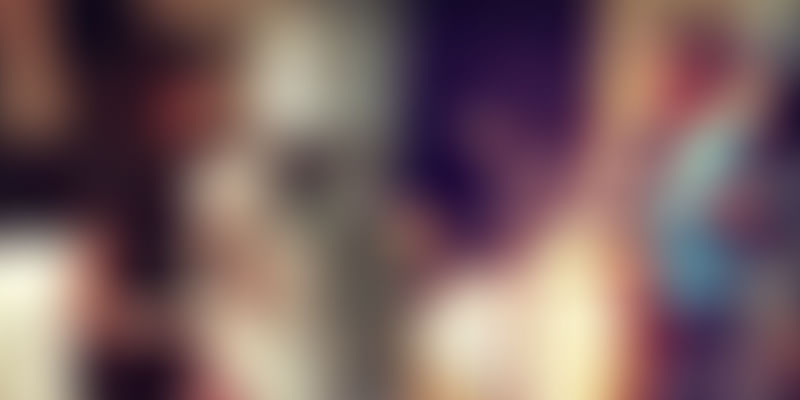 When I was young, my mother used to tell me about herself. She used to dance at bars and bring customers home, so I did understand what her profession was. I lived in the area too (Kamathipura – Mumbai’s red light district), so you begin to understand what is going on.

Sheetal Jain, 21, is a daughter of a sex worker. As a child she was also sexually abused by her half-brother’s father.

As a child, Sheetal remembers people telling her, “Teri mummy ganda kaam karti hai (your mother does dirty work)”. This would lead to angry quarrels between mother and daughter. Sheetal’s mother tried her best to pay and keep Sheetal in hostels and NGOs in the hope of giving her child a better life. Sheetal went from one hostel or NGO to another, growing more angry and frustrated with each move. She would often ask herself “Why me?!”

“I had so many questions. Why couldn’t I have had a normal life? Why could I not study like I wanted to, like every other child gets to?” she would wonder. Sheetal always wanted to study, but every time she moved from one NGO to the other, she would have to change schools, and it was up to the school to decide which grade to put her in. One school would put her in Class IV, and the next would move her to Class VII, then back to Class IV, and then Class X. Sheetal lost out on a formal education, which made her feel that she would never be able to achieve anything in life.

There was another problem. These organisations and hostels told her to never talk about herself or her mother. “They always asked me to not disclose my identity, or my mother’s. I never had the confidence or faith that anyone would understand”.

Things took a fortuitous turn when Sheetal came to Kranti, an NGO that works with daughters of sex workers from Mumbai’s red-light areas. At Kranti, these girl talk, heal, and begin to explore the world to find what they love, and take a chance at achieving it.

She came to Kranti by chance, but stayed out of choice. “After staying at an NGO for a while, I had moved back to stay with my mother, but I knew that I would not be able to study or progress in life if I stayed there. My friends Kavita and Laxmi told me about Kranti. They told me how different this place was.” Sheetal suddenly found a silver lining and decided to move to Kranti, a decision her mother supported.

At Kranti, the girls are openly told and educated about sex and sex workers, and are encouraged to share their own stories. This was a stark change from all the other places she had stayed at. For the first time, she spoke about herself and her mother. “In the process, I understood my mother’s struggles and began respecting her for everything she did to make sure that I had a better life.”

In a talk she gave in 2015, Sheetal said, “My mother also did work. Why didn’t her work get any respect?!” Watch the talk here.

The first person Sheetal ever confided in about sexual abuse was in Robin, Co-Founder, Kranti. “I wasn’t very close to my mother at that point. I didn’t even know how to tell her if I got the chance. Whenever the thought of these incidents would come to me, I’d brush it off as a bad dream”. It’s only after Sheetal came to Kranti that she understood that she was sexually abused by her mother’s partner. “Robin Di (this is what the girls affectionately call her) was the first person I told. It was the first time I found someone I could trust and someone who would not judge me”, says Sheetal. Having gained empathy for everything her mother went through, Sheetal grew closer to her mother and finally told her about the continuous abuse inflicted by the man.

Unlike the previous NGOs that Sheetal had stayed at, Kranti does not object to girls meeting their mothers. “We have a schedule at Kranti, there are so many trainings and workshops. Whenever we have holidays, we’re free to go home”.

Grooving to the beat

Sheetal had always loved music and would especially enjoy the drums during the Ganesh Pooja celebration in Mumbai. At Kranti, it is mandatory for every girl to pick an activity that she finds therapeutic. This helps in healing. The girls are also encouraged to pursue something they are interested in under a mentor for three months. “After speaking to Robin Di, I realised that I could pick up music and drums. From the conversation, I understood that there were career possibilities as well.” The three-month stint at a music academy in Rajasthan fortified her belief that playing drums was the way forward for her. But the academy didn’t know how to help Sheetal pursue it further.

Sheetal went back to Kranti and requested Robin and Bani, Co-Founder, Kranti, to help her find the right avenues.

In 2014, Sheetal got accepted to a music programme with full scholarship, but the visa didn’t come through. The founders at Kranti then applied to the Levine School of Music in Washington DC the same year. Sheetal was accepted to the school with half scholarship. “I used to have one-on-one classes and practice with the band as well.” Sheetal has performed thrice with the band at various events during her ten-month stay in the US.

“I was so scared, but so proud”, giggles Sheetal, when she reminisces about her time abroad. Her mother would often chide her when she would travel in India, but her happiness knew no bounds when she found out about Sheetal’s acceptance to the Levine School of Music.

Currently, Sheetal is interning at a Pune-based music company, where in addition to learning how to play other instruments, she is learning the nuances of the music business. But her passion remains playing drums.

Quiz her on where she thinks life is headed and pat comes the reply, “Honestly, I don’t know where I’ll land. But whenever I try, I’ve always seen things fall into place. I think of it as jumping into the ocean and then surfing the wave.”

In the same breath, Sheetal is quick to add,

Whatever I achieve, I want people to look at me and see that all I needed was help. Robin Di and Bani Di helped me at Kranti, and it has taken me this far. I want to change people’s mindsets and want to let them know that our backgrounds are just a part of us, they don’t ruin us, and we too can aim for the stars. All you have to do is hear us, speak to us, and support us.

On a parting note, Sheetal shares her dream with me. Along with two of her friends, she wants to open a library in Kamathipura for girls like them. “We’ll be able to help them explore opportunities that we never knew existed, when we were young. Whatever their heart lies in, we’ll help them find a way to pursue it. It can be life changing”, she says as she signs off.