Startup India - how do the states fare 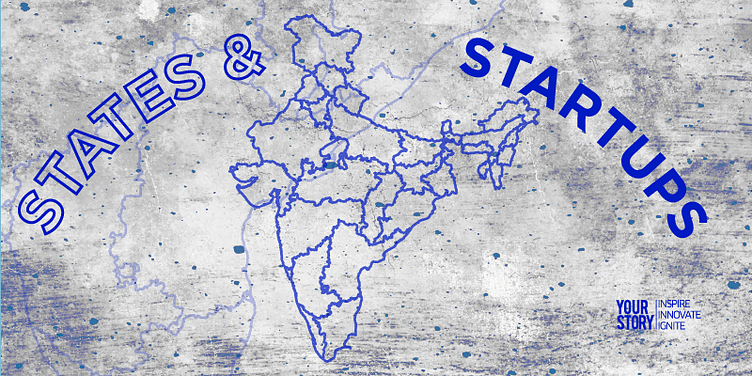 India surpassed China and Israel recently to own the third largest startup ecosystem, after UK and the US. A generation of tech-savvy youngsters who dared to venture into entrepreneurship instead of opting for a corporate life has brought the country to the fore, and the world is definitely watching. In what could be the next big policy transformation in India, after the economic liberalisation of 1990s, Prime Minister Narendra Modi is set to announce the much-awaited ‘Startup India, Stand up India’ campaign on Saturday, January 16.

Although red tape and lack of clarity on policy norms have been roadblocks for startups, Indian States have not been entirely indifferent to aspiring entrepreneurs. YourStory takes a look at how various States have fared in this regard, and how they can improve.

Southern States performed exceptionally well, with Karnataka, Kerala, Andhra Pradesh and Telangana doing better than the rest of the country in shaping and implementing policies for supporting startups. Significantly, there has been focus on improving infrastructure, especially in the Tier-II cities, which are still struggling with lack of space and connectivity.

In November 2015, Karnataka became the first State in the country to have its own startup policy, according to which incubators will be set up in selected colleges and collaborations will be established between R & D institutions. With its capital city Bengaluru dubbed as the Silicon Valley of India, the Karnataka government has left no stones unturned. In 2013, it established the first State-level startup warehouse, and the second last year.

Kerala government’s startup policy—Kerala IT Mission—was announced in 2014, aiming to attract Rs 5,000 crore in investments for the State’s startup ecosystem. Having established India’s first telecom incubator Startup Village in 2012, the State also promised 10 accelerators as well as one million sq.ft. of incubation space. According to the policy, one per cent of the annual State Budget will be deducted for 'youth entrepreneurship activities' till 2019. Besides encouraging banks and financial institutions to extend lending to the startups on convenient terms, the government may participate in SEBI-approved early-stage venture capital funds, up to 25 per cent as limited partner. Additionally, the State will match the funding raised by its incubator from Central government on a 1:1 basis as matching grants.

Telangana also came forward, providing ‘Telangana Academy for Skill & Knowledge’ (TASK) for entrepreneurial training. The youngest State in the country, Telangana made headlines when it launched the largest incubation centre in India, named 'T-Hub', a year ago, to be followed by its second phase in 2015.

Andhra Pradesh provided a 17,000-sq.ft. lab—Technological Research and Innovation Park—as well as an ‘Initial Innovation Fund’ of Rs100 crore for entrepreneurs. It shall participate in the capital of SEBI-approved VC funds, up to 15 per cent as limited partner. A ‘Single Window Clearance Unit’ will be created for granting approvals, and another for tax and registrations.

Neighbouring State Madhya Pradesh's government collaborated with the Small Industrial Development Bank of India (SIDBI) to set up Rs 200 crore as VC fund, with Rs 75 crore provided by the government. On Monday, West Bengal unveiled its startup policy promising to create an Entrepreneurship Development Centre Network (EDCN) with higher education institutes for inspiring entrepreneurship among youngsters. The State will provide funds of up to Rs10 lakh to universities for this. The State government will also facilitate setting up incubators.

Up north, Rajasthan launched its elaborate startup policy in October 2015. After the launch of ‘Start-up Oasis’, the Incubation Centre of RIICO at Jaipur in 2013, Rajasthan seemed to have taken the nurturing of startup ecosystem very seriously. The State policy has promised a sustenance allowance of Rs 10,000 per month for a year to idea-stage startups, post approval by the nodal institution. It also facilitated free mentoring and access to facilities at the incubator, and, for selected startups, free access to State universities. Pilot-stage startups have been offered marketing assistance of up to Rs 10 lakh.

Gujarat, despite being famous for its entrepreneurial spirit, has failed to give a boost to startup policies. Most of the State policies in this regard have focussed on the manufacturing sector. However, Bihar government, led by a very ambitious Nitish Kumar, has allocated Rs 500 crore as venture capital fund, amply backed by the Bihar Entrepreneurs Association (BEA) which gave Rs 50 crore as angel investment fund.

It’s not too bad

Many entrepreneurs are appreciative of how States have become more supportive and approachable. Sujayath Ali, Co-founder, Voonik, says, “All the government officials we have met with till now have been very accommodative and have tried to help us.” Voonik is registered in Bengaluru.

The NDA had promised 100 smart cities in the country during the Lok Sabha elections of 2014, and at least some are coming true. Narendra Sen, Founder, RackBank Data Centre, based in Indore, says that he has greatly benefited from Madhya Pradesh government. “They are flexible and open to new ideas. When we launched the data centre in 2013, we faced too many challenges, as it demands up to Rs 5,000 crore to enter the market. So we proposed to the government establishing a data centre park here,” he adds. Chief Minister Shivraj Chuahan allotted Rs17 crore for the project within 45 days, and started the data centre park.

Telangana’s T-Hub has invited entrepreneurs to ride the wave of Hyderabad being the next startup city. Aditya Vuchi, Founder, Zippr, a Hyderabad-based tech startup, says it has never been easier to start up in Telangana. He is hoping for collaboration between Central and State departments.

For the environment to be conducive for more people to start up, entrepreneurs as well as investors recommend incentives for angel investors and tax discounts for startups. Also, nurturing competition is to be taken seriously for gaining the best of talent.

Aditya of Zippr says, “Currently, hackathons happen at an isolated level. We need more of those to initiate dialogues and take it to the next level.” He also recommends that the government provides a platform for mentorship by people with experience.

Sujayath of Voonik is hoping for a change in operational difficulties, which can be driven by clarity in policy. It took him two months to get Voonik incorporated. “We are expected to provide address proof before even starting the business,” he adds on the hurdles by red tape. “Some policies positively hurt the business and the consumers. For example, we are not permitted to export to Kerala even though the market is huge,” Sujayath explains.

Despite Kerala’s many efforts, Shan M. Hanif, Co-founder of online grocery store Kada, based in Thiruvananthapuram, states that there has been absolutely no help from the State. The entrepreneurs are facing tough times due to lack of organisation and time limits, he says. He hopes that bureaucratic processes will be made simpler. “For information on sales, income, service taxes, I had to go to these three respective offices. Single-window system might be really helpful,” Shan suggests.

But startup expert Sanjay Anandram says, “What is the point of single-window schemes if they still have to earn, say, 45 approvals?” According to him, the Companies Act is too complicated, and demands too many certificates and approvals. “There should be clarity and simplicity in laws for startups,” he says. Shan agrees with Sanjay here. “There is no advisory on the tax laws or monetary benefits. Governments should ideally provide a panel of mentors,” he adds.

Challenges in funding for early-stage startups is another area of concern. Shanmugavel Sankaran, Founder of information security startup FixNix, based in Vellore, says, “Three years ago, as a bootstrapping entrepreneur, I have knocked on all doors for funding. It took 10 months to get a Rs one-crore debt finally from Tamil Nadu government under a mortgage scheme.” He says that it will be a real game-changer if entrepreneurs can get Rs 10 to 20 lakh from banks for starting up. He accuses the investor community of a herd mentality, for chasing some sectors according to market buzz and often exhibiting indifference to startups based in Tier II and III cities. He hopes that government gives initial seed capital for youngsters starting up.

But Sanjay says that the government should only be an agency that allows private fund managers to exist – “a facilitator not a player,” he adds. He recommends that banks must not fund startups, but be limited partners. Digitisation and automation of approval processes will expedite the whole process, and entrepreneurs would not seek shortcuts leading to corruption, he explains.

In fact, red tape is a pain not only for starting up but also if the effort fails and the startup has to shut down. Sahil Kini, Principal at Aspada Investment Advisors and ex-entrepreneur, hopes that starting and shutting down a business will be made easy. He says, “My startup failed more than year ago but I couldn’t close the business. Returns have to be filed all the time; paperwork keeps reminding you of it.” He says that government should let the entrepreneurs gracefully walk away from failure. He is also hoping for more clarity on FDI norms. “When IKEA wants to come in [to India], and when a venture fund comes in, they are investing two types of money. Treating them both as FDI is not the best idea,” he adds.

The sudden boom in the startup ecosystem in India may not be a bubble after all, as was anticipated by many. At least, the numbers say so: in 2015 alone, the total funding received by 850 Indian startups via 1,005 deals was a whopping $9 billion. Yet, according to World Bank’s Doing Business Report 2016, India has the 42nd position in terms of ease of accessing credit, which proves the difficulties in getting loans in India, especially for startups.

Encouraging startups is essential in a country where 80 per cent of the population is under the age of 40, and unemployment is rising along with population. Taking a leaf out of other countries' policies, India could become friendlier towards its entrepreneurs and investors; think of Singapore which incentivised its investors, or Israel which invested 4.3 per cent of its GDP in R&D. The UK too offers discount and tax subsidy for investing.

Progress is when all stakeholders work together – India has the right talent, and entrepreneurs have shown their dedication. Now the ball is in the State’s court. With a clear mandate and efficient agencies to ensure that its effect trickles down to the lowest levels, India could soon beat the US and the UK to reach the top spot.