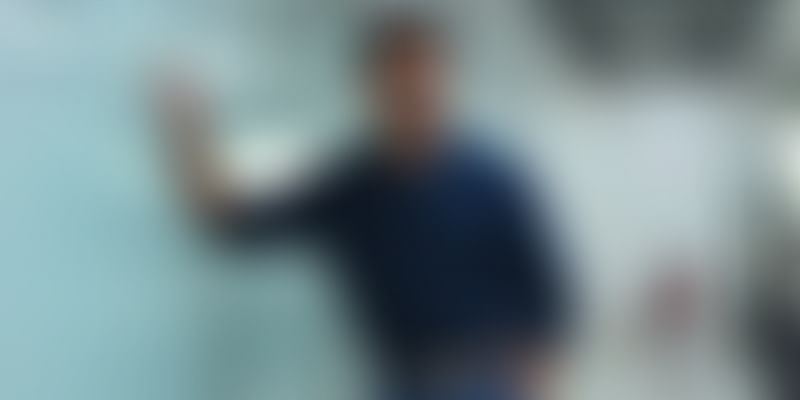 Forty three-year-old Uday Reddy is the Founder and CEO of YuppTV, a brand that has grown to become the world leader in converged Over-the-Top (OTT) live TV and Catch-up TV Solutions. The company is headquartered in Atlanta, Georgia. Although his services attract nearly five million visitors every month with a peak monthly traffic of 20 million, his journey has certainly not been an easy one.

Born to a farmer in Hanamkonda, a small town in Telangana, and brought up amidst scarcity of resources, even Uday wouldn’t have imagined that he would one day walk into the unventured paths of technology and contribute into bringing global Indian communities close to their culture and roots. All he wanted to do was become an IAS officer, and work for his village’s development, particularly in the fields of healthcare and education. Uday recalls,

“I had decided to join civil services during my education at Government Junior College, Hanamkonda. My family supported my decision. I had grown up knowing the problems of rural India and wanted to solve them. I did my engineering in Electronics and Telecommunications from the Delhi College of Engineering with the same intent. I was chosen by Siemens during campus placements and decided to work for a year before appearing for the IAS exams. But then, work took over. I couldn’t leave the telecom field, and my interest in technology grew.”

Uday soon joined Nortel in the year 1995, and his life took off. It was the time of telecom revolution in India. Wireless networks had just begun. Uday recalls how he was flying all across the world. He worked in Singapore, Malaysia, and Australia. “I worked as Director of Sales for Nortel. The next 11 years, I got to know how the Serbian and Latin American markets work. This was the golden era of my learning,” he says.

Being an enterprising person, his day job couldn’t hold Uday for too long. In 2006, he started YuppTV USA Inc. His idea was new even for the US standards. Uday had seen the dearth of Indian entertainment content for the Indian expat community living abroad. Even news was not available to them in their own language. He wanted to bridge this cultural gap and help them connect back with their roots. Uday recalls,

“I started my office in a basement. Broadband technology was not as evolved as today. Smart TV and smart phones were not as popular. In a way, I started much before the time was ripe. I didn’t raise capital from the market, and invested my savings into the idea. All I wanted to do is make live television viewing available via the Internet. I also wondered why I couldn’t view a show later on the Internet if I had missed the original telecast. It was with an intent to find solutions to these problems that I started YuppTV.”

Uday’s journey was not an easy one. His company was up against the monopoly of one large corporation which dominated the market. He had difficulty retaining his customers too. Soon he ran out of all the capital he had. His ideas were still new, and often incomprehensible, to many people and hence the market had not really opened up. In 2010, he sold his plot and took loans from his friends. This paid off, and soon, YuppTV started building larger customer base and attracting the Indian diaspora living abroad.

Today, millions of people use YuppTV services to watch TV in more than 50 counties across the five continents. With more than five million visitors every month and a peak monthly traffic of 20 million, YuppTV has been setting records across the OTT content industry. With a reach to 400 million households across the world, till date, YuppTV has had over 7.5 million app downloads, making it the second most popular app in Android Playstore in India under the Entertainment category. YuppTV is also one of the most downloaded Smart TV apps. It has also recently won the prestigious ‘Top 100 companies in the world’ award by Red Herring based on innovation, disruption, and technology for year 2015.

Starting out with just two channels, today YuppTV offers more than 200 Indian TV channels, over 5,000 movies, and over 100 TV shows across 13 Indian languages. It presently has over 25,000 hours of entertainment content catalogued in its library, while nearly 5,000 hours of new on-demand content gets added to the platform every day. Uday takes great pride in his success story, but believes that the journey is far from complete. He says,

“It feels good to have come so far. But I believe that the journey is far from over. I have struggled a lot to reach here. I have spent 50% of my time away from my family. We still believe in the startup culture, and do not let our success make us arrogant. Perseverance is still the key. I had to meet a TV channel eight times to convince them to join us. Another channel took more than a year to agree. But once a relationship is established, it is rock solid.”

YuppTV ensures both accessibility and affordability in India with packages starting as low as Rs. 5 per day, and is currently ranked #1 Internet Pay TV platform for Indians living abroad. Uday believes that the three key strengths on which a successful company can be built are market understanding, respect for the potential of new technologies, and people management. Uday’s message to young entrepreneurs is simple – focus. Only when an entrepreneur is clear about what he wants, he can go and accomplish it. “Today technology enables everything. You need not go to the US to run a business there. An entrepreneur located anywhere in the world can go global,” Uday says.

When asked whether he is still pursuing his childhood dreams of becoming an IAS officer and solving rural problems, Uday says that his dream has only got bigger. Currently expanding his business in India, he is also working for the people of Veenavanka, a village located in Telangana. He is using telemedicine to provide healthcare facilities for free. He is also making education affordable and accessible through technology. Once his model is successful, he wants to take the technology across the world and make education and healthcare accessible to all.