2016 will be the year of innovation in India, for India 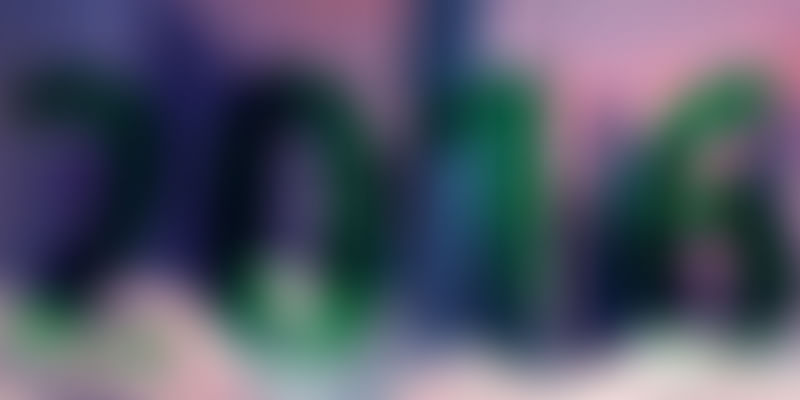 2015 was a crazily fast-paced year in India's tech startup world. From an entrepreneur or potential entrepreneur's perspective, it was like the gold rush – it was easy to raise funds (and large sums at that) very quickly as long as you were tackling a problem or space that was "hot" according to the larger venture capital firms (both Indian and global). If you ever had had any entrepreneurial ambitions (or had boasted about your jugaadu-ness to your friends in college), 2015 was your time. You had to start up and raise money, preferably lots of it. And in the process become a startup celebrity.

For investors, 2015 was when it seemed like the Indian Internet ecosystem had finally come of age. Much like everything else in India, we tend to really believe in ourselves only after the world starts to believe in us. Whether it is an Indian Nobel Prize winner or an Indian sportsman, it’s only after the world starts to send accolades their way that we recognise their worth. The Indian startup ecosystem is no different. It was only after large firms such as Tiger Global from New York, Softbank from Japan, and Alibaba from China started to fund Indian startups at seemingly high valuations did domestic investors sit up and take notice. It helped that the stock market was relatively stagnant this year, not to mention the depressed real estate market. So our traditional favourite asset classes were anyway out of favour, so it was a good time for domestic investors to suddenly focus on the new buzzword in town: tech startups.

Now as a fund that has been investing in tech startups since 2012, this was not our ideal scenario. Entrepreneurs started to expect very high valuations with ideas that at best were replicas (what we call as the me-too) and little traction. No defensibility, weak unit economics, and entrepreneurs who were largely opportunistically entering these spaces (suddenly everyone wanted to solve the problem of food delivery in India, or even laundry!) without any real passion or pertinent skill-set driving them. And unfortunately, these entrepreneurs were able to raise money from investors at these high valuations. Raising money became the norm suddenly, not the exception. The fear of missing out (FOMO) ran high amongst investors – many of whom were either first-time investors or investors who had missed the "unicorn" bus. We were under pressure too – surprisingly, it was tougher than ever to say no to startup ideas that just failed to make any business sense.

So no wonder I breathed a sigh of relief as the year drew to a close. More recently, newspapers, that earlier in the year were busy splashing their front pages with reports of the latest massive round of funding raised by an Indian startup, started to report how VCs were starting to push for a focus on fundamentals and that 2016 was likely to be a year of consolidation. I believe that while there might be some consolidation in some overheated/hyper-competitive sectors, this year is likely to be a better time for early-stage investors to invest in startups than 2015 was. Here's why:

The macro trends have never been better: The number of active smartphone and Internet users have increased more rapidly than any of us in the industry expected. With an estimated 375 million Internet users, India is now the second largest Internet market in the world. Still, the majority of the Indian population of 1.25 billion doesn't have access to basic and reliable Internet, which is why Internet giants like Google and Facebook (as well as others such as Reliance with Jio, etc.) are launching different initiatives to bring the next billion online.

The future of engagement with the Indian consumer is mobile: The ability to finally have a personal device that he/she doesn't need to share with the family, combined with new and better content tailored to their tastes and preferences and the ability to make their lives easier, has led the Indian mobile users to take to the Internet on their phones much like a fish to water. Much headway still remains given that the majority of this Internet user base can get better smartphones and larger data plans with faster Internet speeds – all of which will lead to more and more time and money spent on the phone.

Expectations of entrepreneurs starting up have become reasonable again: Unlike the first half of 2015 when entrepreneurs were expecting extremely high valuations and large seed rounds, I believe startups are back to expecting $300–500k rounds as their seed cheques, at valuations between $1.5 and 2.5mn. This I believe is the right range to be within at the seed stage, both from an entrepreneur and early-stage investor's perspective.

Interesting problems still remain unsolved: After the hysteria of hyperlocal delivery and food tech dies down, entrepreneurs must realise that India has a large number of basic, interesting, and uniquely Indian problems yet to be solved. And technology, specifically mobile and Internet technology, can be leveraged to solve hitherto hard-to-solve problems, whether it is making payments easier, aggregating unorganised markets/verticals, or using data analytics/big data to make services and products more targeted.

2016 is likely to change some of this scenario. And for this, three things need to happen. Firstly, entrepreneurs (especially first-time entrepreneurs) must begin to understand and play not just the funding game, but also seriously think about building businesses that have defensibility, sustainable competitive advantage, and an ability to make healthy profits in the long term. Secondly, investors must encourage entrepreneurs to think in a similar way – if they're not, already. Thirdly, people with experience of building sustainable and profitable businesses must start to be brought into the tech sector, either as founders, management executives, or at the very least as advisors. The tech sector cannot continue to survive in a bubble, isolated from the reality of running a business in India.

2016 will be the year of innovation in India, for India: So far, Indian entrepreneurs have mostly copied business models proven elsewhere, and Indian investors have found comfort in investing behind such proven models. Having built the basic layer of products, such as e-commerce, cab aggregation, etc., it is time for Indian entrepreneurs and investors to start focussing on problems and creating business models that are uniquely Indian.

For that, Indian entrepreneurs must begin to understand and tap uniquely Indian consumer behaviours. What do I mean by that? One of the companies we have invested in is Ketto, India's leading crowdfunding platform. Crowdfunding in India will not necessarily look like crowdfunding in the US or other developed markets, as giving is a very culturally influenced behaviour. Indians give to very different things and causes than Americans might (with some overlap of course). For example, religion is something Indians give fairly generously to. So we have encouraged Ketto to tap religious giving in India. We at India Internet Fund are definitely looking to invest in uniquely Indian ways of tackling Indian problems and targeting uniquely Indian consumer behaviours.

As the next 200 million Internet users come online over the next two to three years, we might go through the "sachet-isation" of Indian Internet, much like FMCG players like Hindustan Unilever and P&G did with Rs. 1 shampoo sachets to penetrate deep into the Indian market. This means not just use of vernacular and more tailored content, but also bite-sized business models to target the Indian consumer.

Clearly, at India Internet Fund, we are extremely excited about 2016, and what it is likely to mean for the Indian tech startup scene. There are several themes we are bullish on for 2016. These include, but are not limited to, financial technology, healthcare technology, education technology, media and entertainment tech (including video), marketplaces, mobile security technology, utility apps, and enterprise software products. And we can't wait to be surprised by what the Indian entrepreneurs throw at us this year.