At 20% lower rates than Tata and Sukam, Zolt Energy strives to give users the cheapest transition to solar power 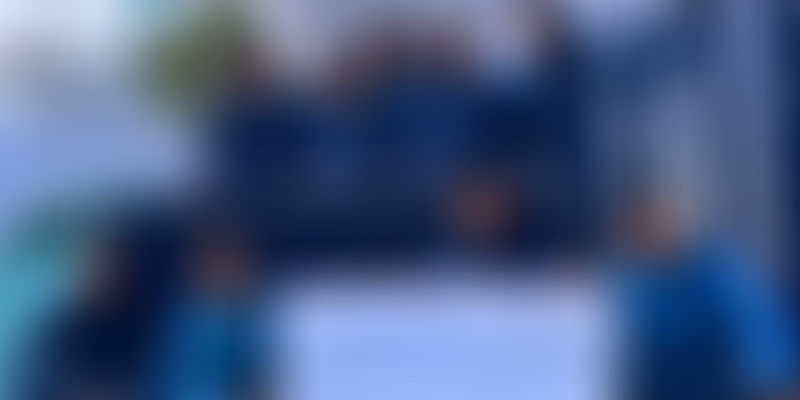 For want of alternatives, Indians have dealt with rising power bills and unsustainable sources of energy for a long time now. Government initiatives to reduce the burden on the poor and increase tariffs for those who consume more electricity have not resulted in desired outcomes; rural areas suffer long power cuts while the urban consumers deal with steep charges.

Our power situation has become either too expensive or completely unreliable. Pro-solar policies from the government will help break this pattern of reliance on the current source of energy and reduce electricity bills as well.

Thirty-three-year-old Abhishek Dabas wanted to bring an end to such unreliability of power and ambiguity in its tariffs. But he could not have chosen a worse time to quit his job, what with his wife on a sabbatical to take care of their month-old daughter. But he was adamant. The trajectory that his luminous IIT- IIM,ex-Reliance Infrastructure and Ashok Leyland had drawn, seemed to have reached a stalemate. “There can be nothing riskier to a professional than salary hikes outpacing his learning, because eventually, they will be earning more than they deserve. I started out with a vague idea of doing something meaningful and with a positive social impact,”he explains. When he met Harsha Yadav (31) and Pradeep Palelli (28), he discovered they shared a similar value system. So they started to work on the concept of Zolt.

Zolt Energy brings rooftop solar solutions to households, with lucrative power plans that would help people go ‘yellow’ without it being criminal on their pockets. “We felt like rebels, and titled the brochure ‘Re-Volt’, with a mission to 'never go dark, never pay another power bill',” Abhishek says. The startup's competition, largely, consisted of over-promising, under-delivering suppliers who gave solar power a bad name even in its early days.

The biggest challenge the trio faced while starting up was resolving all the constraints facing the residential customer who wanted to adopt clean energy but could not. They didn’t know enough, it was too costly; or there was no certainty about benefits,making it too risky to go solar. “Smart guys with the right intentions and expertise could not make a person shell out lakhs when these smart guys wouldn’t even be able to measure the energy being generated,” Abhishek points out, on inefficient solar options that the market was populated with in its embryonic stage.

Another challenge was to maintain profitability by keeping the cost of sales and maintenance low. “A smartmeter enabling remote monitoring would solve most of our problems but since none was available at a price viable for smaller size residential systems, we decided to build our ownand named it ZEDi,” Abhishek says.

The pilot batch of 30 ZEDi was developed and manufactured in all of Rs 2.4 lakh. “A great use of ZEDi turned out to be the possibility of creating a ‘solar social network,’ where we could lay out all our power generating systems on a map and help potential solar adopters interact with existing customers, thereby increasing adoption of solar energy by the masses,” he adds. The startup presented this idea to the Department of Science and Technology (DST) and sealed its first round of funding of Rs 25 lakh, in September 2014.

In November last year, they picked up a consulting assignment for RattanIndia Group (previously part of IndiaBulls Group before the founders parted ways) to setup their rooftop solar division. But getting approval for DST funding, and disbursal, turned out to be two different things, and they started running out of cash. “It was then we were contemplating offering people the option to purchase clean power rather than purchasing the entire power plant, but this needed a lot of money to execute,”Abhishek says.

So, from late 2014 to mid-2015, they successfully setup a rooftop solar division, hired a team and helped them win multiple projects, including a 5MW government tender, but since the team’s focus was seen to be tending too much towards the commercial sector, they parted ways and started working on creating the ‘as good as it can get’ offering for the residential customer. Thus was re-launched Zolt PowerPlans in October 2015, and that is what came to be the company as we know it, today. “Our newly evolved brand was devised especially to cater to people who want to use net-metered solar power plants,” Abhishek adds. Net-metering is an arrangement where the local power company provides the power banking facility to ensure there is no wastage. It can also be looked at as an opportunity to sell surplus clean energy to one’s neighbour.

Assuming that just 10 per cent of the government's target till 2022 for rooftop solar comes from residential usage, it translates to a market opportunity of Rs 24,000 crore. Just Delhi’s residential solar potential, taking the most conservative estimates, is approximately Rs 500 crore. With Zolt, Abhishek says, a residential customer in Delhi or Hyderabad can adopt clean energy by subscribing to a ‘Zolt Power Plan,’ where they only pay a fixed amount to buy the energy generated, while Zolt owns and maintains the systems on the rooftops.

“To give you an example, a 3kW system would save a customer Rs 40,000, and offset carbon footprint equivalent to driving 15,000 km per year,” he explains. A Zolt customer has three options to go solar: first, he can pay the entire amount of Rs 2,40,000 upfront and own the system. Second, he can pay Rs 20,000 per month for 12 months and own the system. Third, he can just buy the power from Zolt at Rs 3,000 per month,like a scheme for Wi-Fi.

Tata Power Solar and Su-kam can be counted as competitors if a person is purchasing upfront, but Zolt’s prices are 20 percent lower, Abhishek says. This is possible, primarily, because while the former two are working in this market via dealers, while Zolt owns its sales and service channels, keeping selling costs low. “Enabling the residential customer to adopt clean energy is our sole focus. This motivates us to solve problems where others would turn their back believing it is unviable,”he adds.

Abhishek points out the innovations his company has come up with to assimilate solar energy all the better. “Our aesthetically designed solar shades are unlike anything available in the market. These shades let 33per cent of light pass through and can be put up in prominent places like courtyards, as they add beauty to the house rather than create an abruption in architecture,”he explains.

The company started out with a geography-specific marketing campaign in six small areas in October 2015, and received encouraging response. It has registered orders worth Rs 25 lakh, and in the three-month period that these net-metered systems need for approval from the local power distribution company, it is geared up to the lot size of 200kW, which the startup plans to execute by May.

Other than the Rs 25-lakh DST funding which was a low-interest debt, Zolt raised an additional Rs 75 lakh from angel investors to install its first batch of systems and get recurring revenues through subscriptions.

“We plan to install solar power plants on 500 rooftops by the end of 2016. This translates to about 2MW of solar assets costing around Rs 12 crore which while generate 30lakh units of clean energy every year. Beyond that, it all becomes a game of scale. SolarCity, the leading installer of similar systems in the US, installs solar in 1,000 homes every day,” Abhishek says.

With the coming together of various factors, namely the decline in the cost of solar PVs, rising utility rates and supportive public policies and incentives, residential rooftop solar PV has become an affordable option for millions of customers in western countries like the United States, but the Indian policies are yet to follow suit in incentivising companies and customers in going solar. In a market like this which doesn’t distinctly financially benefit you for caring about the environment, companies like Zolt Energy and SunAlpha are performing a valuable service at the expense of bearing long break-even periods. Zolt’s Rooftop division for the residential customer is not only cheaper than commercial power, it also pledges to offer cheaper solar than its biggest market competitors like Tata and Sukam, who are also in the rooftop division. A good brand diversification for them would be to devise solar equipment for apartments so that cities like Mumbai, Pune and Chennai, which have a majority of its population residing in flats in residential buildings, could also come under its ambit.