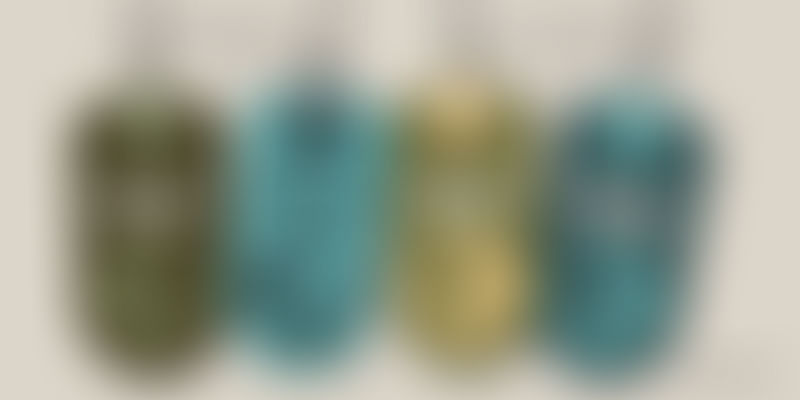 Only four per cent of the 1,00,000 women trafficked every year in India are rescued. Chandrakala, who spent five years imprisoned in a Kamathipura brothel, is one of the lucky ones.

I run an organisation that rehabilitates and reintegrates survivors of sex trafficking. Human trafficking including sex work and forced labor) is a $32 billion industry worldwide. Given the nature of my job, I meet many women who were trafficked and have now been brought to our rehabilitation home. I’m always hesitant to ask them their story. I don’t like forcing them to revisit the traumas they’ve been through. I take time to open up and trust people. I can’t imagine how much more difficult it would be if I had been trafficked at a young age and spent years imprisoned in a brothel.

That’s what happened to Chandrakala. I’ve known her for four months but only recently learned her story. Of course, Chandrakala isn’t her real name. But it’s a name she chose. She hasn’t had much control over her life story. I wanted her to have some control over how it was told. She likes “Chandrakala” because it was her pet name as a child. The rest of the time, she still uses the name given by the brothel owner.

Chandrakala wears cotton salwar kameezs – no bangles or dangly earrings. She tells me that she loves ‘gobi manchurian’ and ‘pani puri’ and movies starring the hunky Sandalwood film star, Darshan. She never complains. She gets along with everyone. And she’s always smiling.

She grew up in Mysuru. Her parents died when she was a child. Relatives and neighbors raised her and her younger sister. While growing up, all she wanted was to get married and have a family of her own.

After she was rescued, a government-funded rehabilitation centre tracked down her relatives. They wanted nothing to do with her.

Because somehow it’s Chandrakala’s fault that at age 20 she was drugged in a Mysuru-bound train by a stranger, hauled off to a Mumbai brothel and tortured until she agreed to become a prostitute.

It’s no accident that she woke up dazed in a strange room, in a strange city, surrounded by people chattering in Hindi and Marathi, languages she couldn’t understand. Her trafficker was banking on Chandrakala being disoriented and terrified – he knew it would make it tougher to escape.

Chandrakala’s story feeds the common perception of trafficking, which is of a girl being kidnapped and forced into the sex trade. But more often it involves deceit and coercion. Young men convince their girlfriends to run away from home or a relative approaches a family, heavily in debt, and offers to find the eldest daughter a ‘job’ in the city.

In large metros like Mumbai, trafficking rings strategically place women at bus and train stations. They are taught to identify a scared, lost girl who has run away from home, approach her in a motherly fashion and offer to take her under their wing. Soon they usher her into the sex trade. To combat this, NGOs have staff stationed at major transit points to identify girls, who are being trafficked or are at risk of being trafficked. They also try to identify high-risk communities (e.g. Devadas is in Karnataka or) and educate them on the issue.

Women from Karnataka – Chandrakala’s home state – crowd Kamathipura, Mumbai’s red light district. Even in a brothel, there is a pecking order and Kannada women come last in the hierarchy. For the next five years, Chandrakala’s body was probably sold to dozens of men on a daily basis.

Kamathipura gets its name from construction workers (kamathis), who migrated here from Telangana in 1795. In the late 19th century, trafficked women from Japan and Europe serviced British soldiers. Today, they’ve been replaced by Indian sex workers, who peer through barred windows like caged birds. Chandrakala soon became fluent in both Hindi and human suffering.

Every year about 1,00,000 women are trafficked in India and only about three to four per cent are rescued. Chandrakala would never have escaped if a customer from Karnataka hadn’t taken pity on her. Perhaps, the fact that they both spoke the same language did the trick. He alerted the police and they raided the brothel.

These operations are incredibly challenging and there are only a handful of organisations in India equipped to execute them in conjunction with the police. And even once the girl is safe, their job isn’t over. The NGO must now take care of the girl until she becomes self-sufficient.

The healing process can take many years and often requires patience, financial support, and intensive therapy. Chandrakala, for instance, spent three years at government-funded centres. She learned tailoring and mat making. But she had no job and little contact with the outside world. Still in her 20s, she began despairing of ever having a normal life. Death seemed like the only way out.

Today, Chandrakala’s life has come full circle. She was trafficked while returning home from Bengaluru after a failed job hunt. It’s taken almost a decade, but she finally has a secure job in the same city.

A few months ago, she was inducted into our programme. After completing her training, she was hired by one of our partner garment factories. She now lives at our home in Bengaluru with other trafficked women. For the first time in her adult life, she has a certain degree of autonomy.

Her conversation is suddenly peppered with terms she’s recently learned like ‘self-reliance’ and ‘job security’. Her plans for the future are bound up in these abstract concepts.

But when I ask her how she feels, she puts it simply, ‘Free’, she says, “Like I’ve been let out of prison.”