Coding is just one small part of the big picture. You need to think like an artist to build something that creates impact: A.B. Periasamy 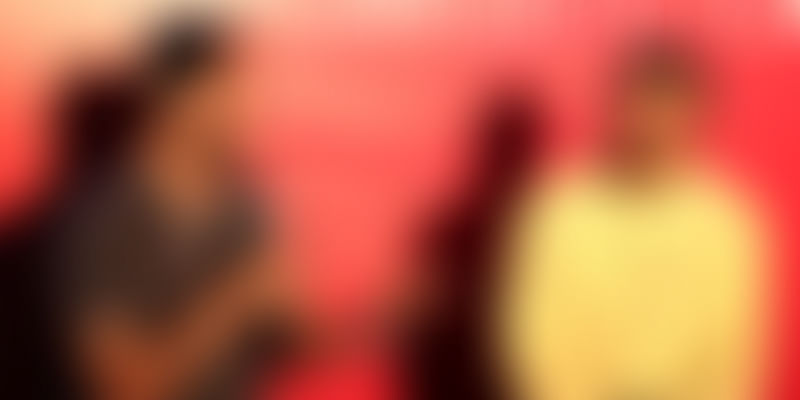 The man who built the second fastest super computer in the US, the Co-founder and CTO of Gluster, Anand Babu (AB) Periasamy in his fireside chat with Abhinav Asthana, CEO and Co-founder of Postman, spoke about entrepreneurship, Gluster, and setting up of Minio.

“I didn’t want to build a super computer. I just wanted a job where I could hack free software. It was difficult to find a job that paid on open source work. It started as a part-time job. I needed to pay my bills and joined this company that was doing research on supercomputing. I became the CTO and hired other open source hackers from the community and soon it became clear that I had to pay these people,” said AB to Abhinav, during the ‘You can do it too’ event organised by YourStory in partnership with Nexus Venture Partners.

Free software and not open source

It was looking at the work the team was doing, the Department of Energy reached out to AB and his team. “I wasn’t a permanent resident. We didn’t have the rights to see the super computer we built. I saw it in a picture. We made the parts and shipped it, they assembled it,” says AB.

For AB, every stage from building the super computer to establishing Gluster, which was sold to Red Hat for $136 million in 2011, and now Minio have all been a way and means to solve a tough problem with simplicity, using free software.

Ideologically, free software and open source are very different. “Open source was coined to commercialise free software. And to me free software is more important. Freedom is expensive, if we lose it we have to pay a lot more to gain it back,” says AB.

Ideas and software needs to be shared and not protected

He adds that people think hacking is about getting into computer security, but it actually is a way of life, like that of an artist. For AB software is like an idea, which needs to be shared and improved upon.

It was a matter of ethics to refuse to share his knowledge, even if it meant riding against tide. Quoting Richard Stallman, AB says that in one interview when an individual told Richard that free software was not practical, Richard said – “Do you mean leading an ethical life is not practical?”

You do it because you’re passionate about it and not because it is a trend. AB adds that he knows several startups that build products with some parts that open source and others are proprietary. This, he adds, builds a misleading brand. You need to be true to your cause. “Business is about building a brand that customers can love, you cannot mislead them,” adds AB.

Getting passionate people together

In the standard model, you’ve layers and hierarchies. This model is expensive and unintuitive in today’s world. A bulk of the funding goes into hiring the executive team and the guys who’re actually writing the team are at the lower rung. “This model has been inherited from the industrial revolution days, for the manufacturing segment. But software is very different,” adds AB.

What actually matters is your product and the people. AB adds that in that if you have to reduce it to one, you pick people. The pedigree of the people doesn’t matter. What is essential is to get people who have the drive and will go to great lengths to make something happen. “That’s the best of the breed for me. You can make several mistakes, but none of those can be on the people or the product. Those are the ones that make or break an organisation,” says AB.

He adds that the idea is about aligning everyone to the idea and vision. A startup is about managing people and not the product. Today, with the increasing evaluations in India this has become all the more important.

The saga of the unicorn

“Some of the companies that have got funded here, wouldn’t have been able to raise funding in the US for the same story. The valuations here are much higher. And I see correction both in India and US. But as an entrepreneur, there always is an opportunity to do something big. Every time I started up, the economic and political scenarios weren’t great, whether it was 9/11 or the housing crash, I started up in the worst possible times,” adds AB.

Everyone wants to build a unicorn company, but it’s more satisfying to build a real product that survives through worst times and come up triumphant. “I raised my Series A right after the Housing bubble in the US,” says AB. He adds that the investors believed that it takes crazy guys to build disruptive products and so they invested in the team and their product.

AB adds that it is also important to get the right investor on board. As the founder, you’re the captain of the ship. While investors are on board to help you out, you need to have the ability to understand what is right for the product and the brand.

Simplicity is the right way to build a product

AB adds that he didn’t need a lot of great people to build his businesses. He says that he doesn’t find them but helps them find him. If you set the right culture, this attracts the right kind of people, which in turn gives the right product. “These are people who are extremely hard to hire, the shift not for money or other material things. It is passion that alone drives them. So it is very important to set the right culture,” adds AB.

There is a key difference between a project and a product. A project demonstrates an idea and a key concept, AB says, this isn’t sufficient. Product is something that has more life and can be given to everyone.

Citing an example AB says everyone can create a chat-based app, but that isn’t WhatsApp. He says WhatsApp is something that even his mother can understand and use. If you can’t explain the most complicated piece of software in simple terms, then you haven’t understood the problem yourself.

“Code is just one component of the bigger picture, it is your ability to articulate and find a solution. A simple chat software can be morphed into several things. If you do 100 things it’s a Swiss army knife, which is not used by any professional,” adds AB. It’s about breaking up the components and doing those few essential things with passion and perseverance.