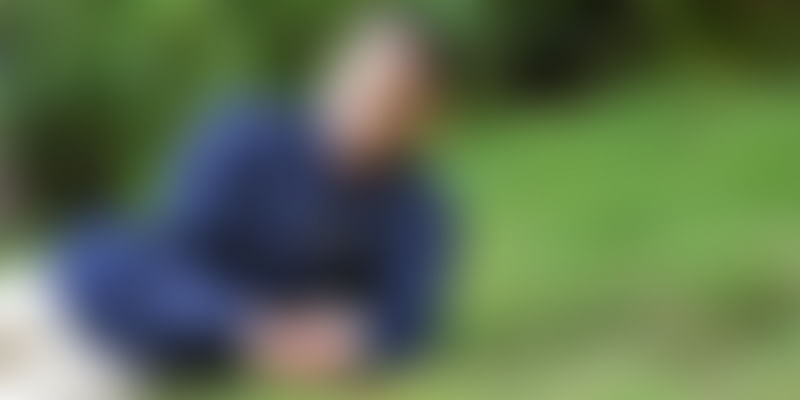 Ignorance is not bliss, especially when it comes to consequences of our actions on nature. The ‘mysterious’ frothing that occurred at the Varthur and Bellandur lakes of Bengaluru received a huge coverage. However, there was nothing mysterious about it. It was an outcome of excessive chemicals used in detergents, which were dumped into the lake.

The European Union recently prohibited the use of phosphates in detergents as they can have a harmful effect on the aquatic life. There is enough scientific evidence on how sodium lauryl sulphate – the most widely used chemical in detergents – can lead to worsening of skin conditions such as eczema and irritation when exposed to detergents or soaps.

The problem seems complex. However, the answer to this problem has been with us since ages – soapnuts. Soapnuts are fruits that are nature’s gift to mankind. The name is self-explanatory. Manas Nanda, 31 is on a mission to conserve the environment and help people lead healthier lives by eliminating these toxins found in soaps and detergents.

BubblenutWash offers urban consumers a zero-chemical, 100 percent botanical alternative to modern laundry detergents that often contain carcinogenic ingredients. These botanical alternatives are made out of soapnuts and have been in use in India since ages! The soapnuts are sourced directly from communities living in remote forest areas, thereby creating livelihood opportunities and incentive for them to manage forest responsibly.Engineer to CFA to social entrepreneur

Manas, an engineer from IIT-BHU, worked as an investment analyst for five years. Later, he earned a CFA charter from the CFA Institute, USA. While his work made him happy, the lifestyle and the city made him pay a hefty price. “Junk food, long hours of work, poor quality of air and water took a toll on my health and immunity,” says Manas.

Looking to turn a new leaf, he adopted a holistic lifestyle. During the course of this transformation, he made some startling discoveries.

I was surprised to find out that simple things that we use on a daily basis such as deodorants, room fresheners, detergents, soaps, lotions could have unsafe levels of carcinogenic chemical ingredients. Unfortunately, most products that are being marketed as natural in India actually have chemical base with traces of natural ingredients, and thus are only marginally better. You’ll know if you look the label carefully

, informs Manas. Manas began dabbling in making his own soaps and shampoos, a habit that might surprise us right now.

In 2011, he took another big leap; he quit his career in financial services and joined an NGO where he managed rural projects such as training farmers in chemical-free farming and promoting clean energy. His experiences in rural and especially forest areas made him realise that Indian forests are rich in unique herbs, fruits, and berries that can not only provide urban consumers with natural consumption choices, but also create huge livelihood opportunities for impoverished agricultural and forest communities.

Building a social enterprise around this seemed to be the next logical step, but he had little idea about the nitty-gritties of building a social enterprise. In 2013, Manas decided to pursue an MBA from the Said Business School at the University of Oxford with a full scholarship from the Paris-based Louis Dreyfus Foundation. At Oxford, he worked with faculty members, batchmates, and visiting guests to create a blueprint for BubblenutWash as a part of his master’s project.

Manas travels to meet farmer communities to source soapnuts. Currently, soapnuts are sourced from Odisha and Uttaranchal. The soapnuts are processed in Odisha and shipped in bulk to Bengaluru, where they are packed. BubblenutWash is available online and in select organic stores in Bengaluru.

They have been awarded the Wolfson Innovate prize and Un Ltd UK ‘Do It’ Award through the University Oxford. They are one of the three enterprises to be awarded the ‘Young Entrepreneurs in Agriculture’ award by the Louis Dreyfus Foundation.

It is safe to say that BubblenutWash’s current target segment is babies! Infants have the most sensitive skin. Chemical residue (from detergents) in their clothes and diapers can cause rashes and irritation on their skin. Babies also tend to chew on bedsheets, towels, etc., which can lead to ingestion of chemical residues.

BubblenutWash’s baby safe detergent is currently available in India and UK. A liquid laundry detergent and a liquid dishwasher are soon to be launched. Over the next five years, Manas plans to roll out more products that are made using forest products. Manas adds, “Eventually, we want to make BubblenutWash so affordable and easy to use that there would not be an excuse for consumers to go for a chemical-based detergent.”

With the price of BubblebutWash being higher than soap and detergent segment in the market, why should a customer opt for it? Manas quips,

One should opt for BubblenutWash for the same reason why one should adopt for a glass of fresh juice or milk over a bottle of carbonated drink.

Revenue comes from sales of BubblenutWash. The University of Oxford gave an initial grant to pilot the project. Recently, the Louis Dreyfus Foundation awarded them a grant to work with rural communities.

Each soapnut tree can provide a passive income of Rs 1500–2000 to a farmer. Manas says that farmers with a handful of soapnut trees in their backyard can earn Rs 8000–10,000 a year without much effort, which is same as what a farmer makes from an acre of land in Odisha. Manas adds, “So there is a chance we can double farm income when we scale up. This year our target is to reach 100 farming households.”

Manas lists three major challenges. Firstly, he says, there is a general scarcity of risk capital in the social space. Existing social investment funds have capital to invest, however, they are only willing to come onboard when the enterprise has made fair of progress. Manas adds, “It’s a chicken and egg story as one cannot progress much without infusion of capital.”

Secondly, the average cost of service delivery is higher in the social impact space as you are operating in unknown, unpredictable, and underdeveloped environments. Thus, there needs to be some form of ‘experiment grant capital’ in the early years. Manas gives an example to elucidate his point,

We could simply order soapnuts from a trader sitting in Delhi just over the phone and Internet. But we have taken a conscious call to buy directly from communities and even handhold communities by forming producer groups. That spreads us thin as we divide our resources in creating demand for the product as well as create a supply chain amidst remote areas.

Lastly, he says that it is challenging to recruit people who echo the same passion and are willing to get their hands dirty in the absence of a market rate salary.

The road is rocky, but what keeps Manas going is the sheer joy on the faces of the farmers who are associated with BubblebutWash. Manas narrates an incident, “One farmer told me he had planted a few soapnut trees in his backyard in 1983 on his brother’s recommendation and vision that there will be a time when the world would know the value of this special fruit. The farmer never bothered to collect soapnuts in the last 30 years. When I asked him if he could sell some to us, he said emotionally that his elder brother’s foresight had been proven right. It was extremely special to know that we’re making a difference in these underserved farmer communities.”

Manas dreams of creating an ethical economy around forest products so that there are compelling economic incentives for stakeholders such as government, rural communities, and consumers to conserve forest resources instead of being chopped for timber or leased for open mining.