How one woman brought relief for Chennai flood victims from USA, only to be stopped at the Chennai port 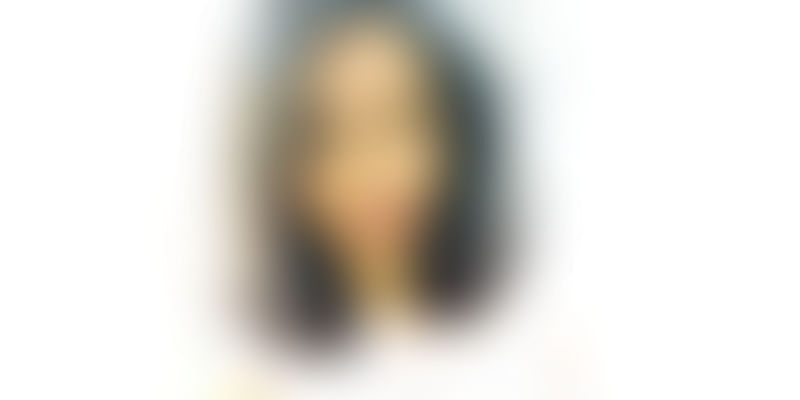 What does it take to make a change? Just one person with an armload of determination and the desire to bring about change and impact lives. But something’s outside our control can hamper them.

Radhika Kowtha Rao in the US faced a similar situation. Sitting miles away, 13,870 km to be precise, she roused a whole community of people to help victims of the flood that ravaged Chennai in late 2015.

Radhika grew up in Chennai, studied Optometry at Sankara Nethralaya, but three visa rejections saw her continue her studies in India. She moved to US in April 1997 with her two kids after spending three years in Brussels.

Her relief for Chennai drive was one of the biggest challenges she has taken. It was back breaking work but Radhika knew in her heart that she wanted to help.

Using social media and her community of friends and neighbours, Radhika started collecting supplies, mostly clothing, to be sent to Chennai from her home in Chanitlly in Virginia.

It took her just eight days to make the collection. These clothes were of good quality, and items of clothing that people in Chennai would wear—sarees, clothes for children, new undergarments etc.

“There was a huge amount of goodwill, hope and the intrinsic overwhelming need to help, from across the oceans and we gathered and put in thought, time, effort and money towards filling a container with good quality gently-used clothes,” Radhika says.

The word spread and soon many outside the DC area offered to help. Many even ordered new items and sent them to Radhika’s address.

Radhika and other volunteers spent two days sorting through the clothes.

After non-stop work for 10 days, Radhika managed to collect 700 boxes of clothes and a few boxes of stationery to fill up a container. Along with it she also collected some funds and the final collection amounted to $6,000.

Radhika sent the container full of clothes as relief aid to AID India and SODEWS (their sister concern in Yelagiri) and shipped it to India. The container reached India on January 27.

Carrying the $6,000 with her, Radhika herself came to India but realised that all the hard work she and others had put in was stuck in a container. Anticipating delays she had ensured that each item of clothing was packaged to endure the journey from DC to Chennai.

However, the container is still stuck with the Customs.

“It pains me to see how needlessly delaying every small step of red tape can be, as the container still stays stuck at the port.”

The container is now in Ponneri (Tamil Nadu) and the clearing agent and AID team is working on getting it released.

Radhika has gone back to the US but is still in touch with everyone in Chennai to get this issue resolved.

As many families in Chennai try to rebuild their lives, good relief material that can help them is still stuck at the port. Radhika and the other good Samaritans in the US fervently hope it can reach the flood victims soon.