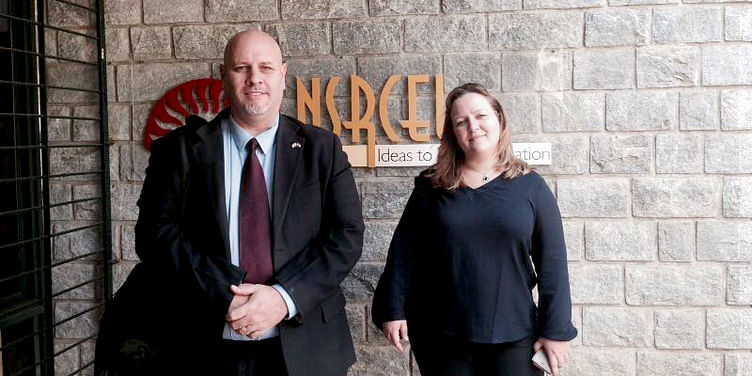 At the momentous 'Startup India Standup India' event on January 16 this year, besides Uber’s Travis Kalanick getting a lot of media attention, there was another American who raised a few enquiring eyebrows.

Adam Neumann, CEO and Co-founder of WeWork, who received a prime slot on the dais with the Indian Prime Minister, is a former Israeli naval officer, who spent his impressionable years in a kibbutz in Israel. This 36-year-old entrepreneur has built a $10-billion communal work space business in major US cities, London, and Israel, and is now looking at expanding to India.

Adam’s journey to the top is the stuff that memorable entrepreneurial stories are made of. If I were to describe it in a word it would be ‘chutzpa’ – to dare. And it would seem that Adam possesses this rare quality all thanks primarily to his Israeli origins.

According to Elena Donets, CEO at StarTau, Tel Aviv University Entrepreneurship Center, what sets Israeli entrepreneurs apart from the rest is this rare quality of audacity or, as it is spelled in Hebrew, 'ḥutspâ'.

Addressing a group of entrepreneurs and students at the Indian Institute of Management, Bangalore (IIMB), last week, Elena, encouraged entrepreneurs to ask questions. “Do not be polite and keep quiet. We Israelis are not polite, and entrepreneurs should not be polite,” she advised, only half in jest. Elena was in India for the first time to get a taste and feel of the Indian startup ecosystem.

Tel Aviv, Israel’s capital city, ranks number five in the top 20 global startup ecosystems in the world. “If you’ve been to Israel you’ll know this is how one does business there. We have to dare. I believe that people view us how we think of ourselves in our minds. If you think you are successful, people view you as successful. Imagine the limiting factors that entrepreneurs in Israel have to deal with. There is practically no domestic market and we have to think global from the beginning,” said Elena.

In a country which is one-tenth the size of Karnataka with a population that is 85 percent that of Bengaluru, you can drive from west to east – a distance of 135 km – in no time. “That’s why I tell everyone to drive slowly,” joked Ziv Shalvi, Deputy Chief of Mission, Consulate General of Israel, Bengaluru, as an introduction to Israel.

There are 4,000 startups in Tel Aviv, and the ecosystem receives the most VC money, second only to the US. It has the third largest number of registered patents per capita. “Our aim is to make Israel a creativity hub,” added Ziv.

In 2015, Israeli startups made $5 billion in exits. “In 2013, we had our biggest exit (Google’s $1 billion acquisition of Waze and mobile data optimisation startup Onavo’s acquisition by Facebook for $120 million) and our biggest failure (Better Place and Xeround). In 2014, we had our biggest IPO by Mobileye, an app that prevents car accidents using sophisticated vision algorithms. In 2016, we are hoping we’ll do some great things,” said Elena.

One of the main factors that has contributed to a strong ecosystem is the presence of more than 300 R&D centres of innovative tech companies like HP, Microsoft, Google, Facebook, and others.

In Tel Aviv, every coffee shop will have a few entrepreneurs either working on their products or brainstorming on an idea, informed Elena.

Israel is an immigrant nation with a lot of diversity. “Because of the fact that people migrate to Israel from different regions they bring with them different ideas and are open to collaborating. A unique quality of an Israeli is not accepting anything at face value. They will always question why they should listen to anyone without a good reason,” added Elena.

Israel has a unique office of its kind, Chief Scientist Office, under the economic affairs ministry, that manages funds in the R&D. Government incubators encourage startups in the space of medical devices, clean tech, and heavy tech because it is difficult for these startups to raise funds. The government offers $700,000 for two years to startups in this space.

Last year, corporates set up 15 accelerators as they are interested in innovative technology and want to be the first users themselves.

Huge investments like the corporate VC funds are poured into this which in turn helps the ecosystem.

Ideas from the Army life

It is mandatory for every Israeli to serve time in the Army.

“We are the only country where the average age of a college student is the highest, at 25 years. At 18, we do not go to university, but the Army,”

Elena said. “After that everyone takes a year’s break to clear their heads and land up in India,” she added with a smile.

It is no wonder then that many innovative ideas are fed off of the Army. “We work on a lot of innovative tech solutions in communications and intelligence. So we take those technologies and then apply the knowledge to other civilian sectors,” added Ziv.

For example, a startup is working on the technology used in flight simulation in the Air Force. They are building sun-glasses for skiing with virtual reality. There’s another startup that has taken pin-point camera technology used in espionage and is putting it to use in medical devices. This can be swallowed by the patient to aid in unobtrusive diagnosis. Ziv added that such collaborations are also results of the ritualistic Friday family dinner.

According to Elena, starting up is the new religion of the world. “There are too many entrepreneurs in Israel, and too many ideas floating around. Everyone wants to enter this field not knowing entrepreneurship is not for all,” she said. At the same time, Elena added that she relies on the ABC ‘mantra’ for success in this field. “Do not be Afraid to start up. You should take risks and be crazy. Build your network. It can comprise your friends, family, people who think like you, and mentors. Through mentors, you can get access to investors. You should always talk about your work. If people do not know what you are doing exactly they cannot make connections. And that should be the goal of all entrepreneurs – to make connections. Lastly, Celebrate failure," Elena added.

"Failure helps entrepreneurs improve their product or service and get real feedback. Always understand that it is the idea and not the entrepreneur who fails."

Finally, a good ecosystem is all about people, and as Elena said, in Israel, as a rule, all senior entrepreneurs mentor new entrepreneurs. A little help goes a long way. Earlier in the day, she also attended an interactive panel discussion on the synergy between innovation and practice for sustainable business at the Acharya Institute of Management Studies (AIMS).