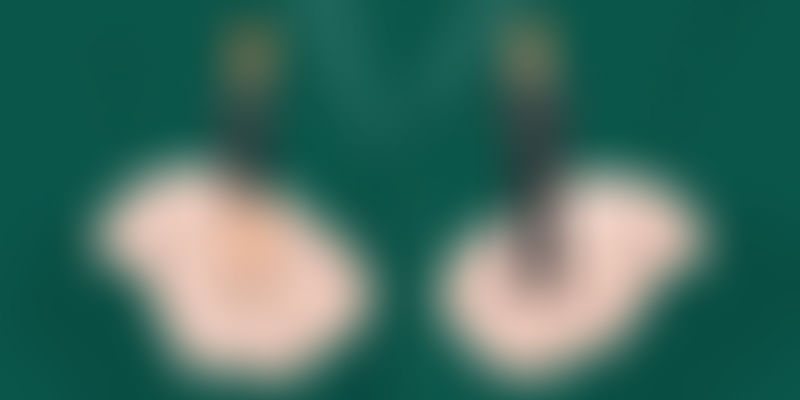 How women entrepreneurs can utilise communications to overcome biases they face in the male-dominated startup ecosystem.

I’m sure you have watched the Anne Hathway-starrer The Intern. For the uninitiated, the movie is about a woman entrepreneur who has built a successful business and is ruling the roost with a young vibrant team. To take her business to the next level, she decides to raise funds, but the investors insist that she hires a male CEO to run the operations and grow the business. Unless they do that, funding won’t flow. Hathway’s character is obviously disheartened, but she interviews a few capable men. In the end, however, she decides not to hire a male CEO, and sticks to her guns.

If this scene would have played out in real life, it’s hard to predict how many women entrepreneurs would have refused their investor’s demand. But the real issue is why such a concern is raised, in the first place. Perhaps VCs think women are good at starting a business but a male leader is required to be in charge for sustaining it in the long run.

In the corporate workforce, women candidates are present in very large numbers and there are ongoing conversations in the companies to provide equal job opportunities, but the journey from words to action is far from complete.

A few years ago, when I was looking to shift from journalism to the corporate side, I appeared for a number of job interviews. Some of the questions I was asked had no relation to my qualifications for the job such as, “Are you planning a family? You have been married for a few years, so kids must be on your mind and you want to shift from journalism to a corporate life and use our fantastic maternity leave policy.” Sometimes, questions were slightly subtle. The interviewers were worried if I would be able to travel for work, work long hours etc.

I thanked them for calling me for an interview and declined the job. My only regret is that I did not turn around and asked them if the same set of questions would be asked to a male candidate. A string of such sexist interviews drove me off the job market, as I did not want to work with companies that have such a discriminatory attitude towards women.

I decided to work independently and I have a dream to build a company where men and women not only have equal opportunity but equal pay as well. I work with startups as a communication strategist and I have both male and female entrepreneurs as my clients. Existence of gender bias is clear from the kind of questions I receive from the media. For a male entrepreneur, questions range from subjects like what the business plan for the next five years is, to what new product launches are planned, and what market need gap the company is addressing.

Women entrepreneurs, like myself, receive questions like, ‘How do manage your time between work and home?’ ‘How do you prioritise between your children and professional commitments?’ and ‘How has your family and spouse supported you in realising your dream to become an entrepreneur?’

Sadly, the social conditioning is such that some journalists tend to ask these kind of questions to women entrepreneurs and semi-consciously, we respond to them. As a communication expert, my advice to women entrepreneurs is that they don’t entertain such questions. Turn them around and ask the interviewer if they would ask these questions to a male entrepreneur. To realise your dream you don’t need anyone’s approval or support and you don’t have to justify how you manage your personal and professional life.

The good news is the media is quite supportive of women entrepreneurs, and is willing to give a platform to successful and fast growing, women-led ventures. Use this opportunity to talk about your business, refrain from doing personality-driven pieces, where, by the format of the column, you may need to share details about how you spend your personal time.

One would think that gender bias wouldn’t exist in the startup ecosystem, especially when you are the boss of your company. I’m sure by now that myth is broken. Though you would rarely hear such concerns from investors or other stakeholders openly, the underlying currents point to this issue. The gender bias in the ecosystem is deep-rooted and often limits many women entrepreneurs to grow beyond a point.

The green shoots are beginning to show. Businesses like Limeroad, Zivame, Nykaa, ShopClues have tasted initial success. But even now there are many women entrepreneurs who face challenges, ranging from cultural to business, which slow down their business growth. I would urge women entrepreneurs to design their communications strategy keeping in mind these issues. PR is not just about generating positive coverage. PR is about driving your message in order to grow your brand and business.

Here is my attempt to marry communication-led solutions for addressing some of issues that women entrepreneurs face today.

Women entrepreneurs often find it difficult to attract institutional funding. That’s because VCs like to invest in long-term businesses, headed by a team of focussed founders who are in the game for a long haul. Going by internalised myths about women entrepreneurs finding it difficult to manage their time between work and children, they believe that building a company becomes second priority for women, over time.

Dispel such issues by participating in hardcore business stories. Talk about your business, know your numbers, share your growth plans and vision for the company.

The idea is that your company’s PR strategy should work towards projecting you as a serious businesswoman who can juggle many things like her male counterparts in the industry. The messaging has to be ‘you are an entrepreneur,’ irrespective of your gender.

In my informal conversations with some friends in the VC community about women entrepreneurs being less in numbers, I have often heard this, “If a woman entrepreneur is too young or not married, investors think once they get married, focus shifts from business or if you are newly married, once a child comes into the picture, your priorities would change.” I asked them if they ever asked these things to a male entrepreneur. I got stunned looks but no response. Such concerns are raised because many think women are not serious entrepreneurs, their priorities keep changing and most of the time it’s family and kids that win. Investors may not ask this openly but as soon as you will leave the conference room, they are likely to discuss this. They may not say openly but that doesn’t mean you can’t answer. Make it a part of your key messaging, if not explicitly, at least in a way that the message is received. I’m not suggesting a confrontational approach but you can use various platforms and forums to address such bizarre concerns. Make an effort to bring this up with your prospective investors and sort it before it can play a spoilsport in inking the deal.

If you are doing a media interview, give journalists a peek into the business side of your personality. Show them you mean business. Don’t do media interviews in your office, do it from your operations floor or warehouse or the nerve centre of your business. Don’t forget to talk about your approach towards growing your business in short, mid and long term. Make an effort to convey that marriage or family won’t change your commitment to business. This is another important relationship of your life and you intend to be loyal to it.

You don’t have to think and act like a man

There is a common perception among women entrepreneurs that they need to act like men to show their strong side. I disagree. Make your gender your strength and don’t bow down to a male’s idea of how a leader should be like. Lead with your gender if need be and talk about how being a woman makes your approach and perspective different from your male counterparts in the same business, and back it up with an example to establish your point.

According to a study done a few years ago, fear of failure tops the list concern among women entrepreneurs. Failure, in any business, big or small, is a real possibility. This shouldn’t stop you from going after your goals. If you have a fear of failure, it’s a positive because then you will work twice as hard to understand your business segment and will be ready as a leader to deal any problem.

I want to leave the readers with a question: If a 20-year-old woman would have thought of starting Flipkart, and had approached investors to back her audacious idea to introduce online shopping in India, would anyone have backed her up, the way Sachin Bansal was supported?

About the author – Chhavi Dang is Founder of Comm Sutra, a boutique communications consultancy for startups. A former business journalist, she likes to question conventions, loves a challenge and chases news.