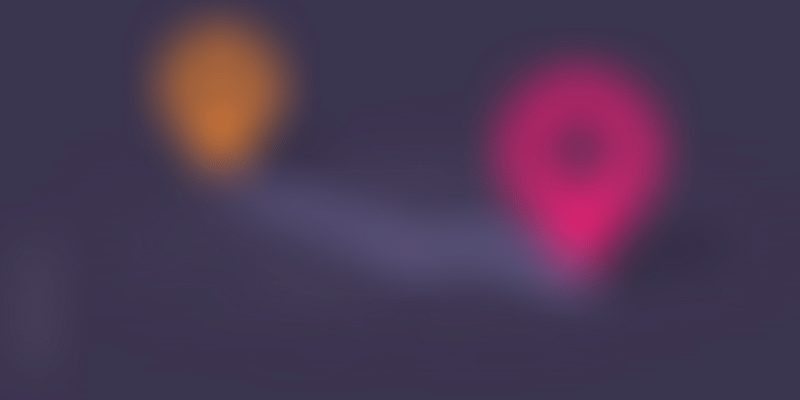 Till a couple of years ago, the idea of hyperlocal services in Tier II cities would have been unthinkable. The whole point of hyperlocal services is instant gratification. A comparatively slower pace of life, poor Internet penetration, and a reluctance to adapt technology were expected to be roadblocks for such services. But the startup boom that India has witnessed over the past few years has ensured that some daring entrepreneurs have ventured into these untapped markets beyond the metros.

Of course, this does not mean that they have had a smooth ride. The biggies who entered Tier II cities have had to remodel themselves, while local startups are struggling to find funding for scaling. Then, there were other setbacks. Online grocery app Grofers pulled out of nine cities– Ludhiana, Bhopal, Kochi, Coimbatore, Vishakapataman, Mysore, Bhubaneshwar, Nashik, and Rajkot – in January 2016 due to lower-than-expected uptake. A few weeks ago, restaurant discovery and food ordering platform Zomato also shut down its online ordering service in four Tier II cities – Lucknow, Kochi, Coimbatore, and Indore – owing to the small market there. Understanding the market and devising strategies for each city have proved essential for the survival of these players – whether it is in online groceries, or logistics, or tech-based service providers.

Tier II has its own advantages…

An undeniable advantage in Tier II cities is that the market is unorganised compared to Tier I cities. But B2B logistics will grow regardless of who runs the consumer-facing show. Puneet Chauhan, Business Development Manager at Bangalore-based logistics startup Parcelled, says: “The Tier II market is untapped except for in FMCG. Of course, logistics is always in demand in metros and Tier II cities, but customers are very loyal in Tier II cities.” Parcelled gets about 10,000 orders via B2B and B2C logistics services from the four Tier II cities they serve in. They provide intercity and intra-city services for their clients, which include e-commerce majors like Flipkart, Jabong, Zivame, Lenskart, and Paytm.

However, in the B2C business, the one factor that boosts hyper local services in Tier II cities is the growth of the city, bringing in a more urbane tech savvy population. Kerala’s capital city Thiruvananthapuram had the first IT park in the country, yet it has no shopping malls. Shan M Hanif, Co-founder of online grocery store Kada, says: “The techie population must feel a bit lazy after a hectic week at work; but since there are not a lot of options for outings, they do grocery shopping on some weekends. However, they prefer ordering online on weekdays.”

Coincidentally, Hubli – a Tier II city and the largest after Bangalore in Karnataka – has also seen hyperlocal startups mushrooming. The city is awaiting an international airport; yet labour is 70 per cent cheaper than Bangalore. Three-month old startup Freshboxx – which delivers organic fruits and vegetables to the customers’ doorstep – has had the advantage of a cheaper labour force too. Founder Rohan Kulkarni says: “We could move to metro cities too, but there are many hyperlocal startups already. I first want to move to other Tier II cities – namely Belgaum, Dharwad and Karwar – and then Goa, where nothing is really cultivated.”

Despite the growth in industry and economy, startups in Tier II cities still face basic problems. Devangshu Dutta, Chief Executive at Third Eyesight management consultancy, says: “Smaller cities often lack the demand concentration that is needed to create a critical mass, which can over time provide the foundation to build a profitable business. It's a long runway of growth (rather than a rocket-launch), as consumer demand grows across the country over the next decade, and online transactions become more common.”

According to Saurabh Kumar, Co-founder of online grocer Grofers, although Tier II cities have potential, it will take time to grow to accommodate multiple players. “Currently, it is in a nascent stage as people still prefer to go shopping themselves. We might go back [to Tier II cities] after some time; but even then, it is not likely that the customer behaviour will change to shop only online or only go out,” he says. Incidentally, Zomato had also said that they would re-launch in the cities where they have shut down “when the time is right.” He added that the assortment of products is important in getting the customers’ attention. Grofers is now standardising their inventory, with their merchants ensuring separate stock in every city.

The key to the success of these services, of course, is customers being willing to shop online. Tanutejas Saraswat, CEO and Co-founder at ShopKirana, Indore’s first e-grocery portal, says: “The change of behaviour among customers was difficult to bring about. But since expenses are generally low here, we are able to provide lower prices with no losses.” Curiously, Fresboxx gets orders on their website with payments made in Bangalore for delivery in Hubli. “People who live in metros get it done for their family in Hubli. About 250 orders out of 600 in a month comes in this category,” says Rohan.

But for long-term success, Devangshu says hyperlocal web platforms need to rapidly build critical mass, not only on the consumer side but also in terms of merchant-recruitment. “Both these are expensive and resource-intensive, which few companies can manage together, while also building fulfilment capabilities that are cost-efficient,” he adds.

Marketing strategies: to each one’s own

In hyperlocal services, marketing strategies depends on each city’s consumer behaviour. According to Big Basket Co-founder Hari Menon, it is a matter of convenience vs assortment. He says: “In Tier II cities, people are looking forward to going out – including grocery shopping. The convenience factor does not work there. So what can drive online grocery service is a range of items that they have to go outside the city to buy.” Hari believes that Tier II residents are quite aspirational, and money is not a constraint for them. Big Basket’s express delivery service, which delivers in an hour in Tier I cities, is not available in Tier II cities. Their best performing Tier II city –Mysore- gets 150 orders daily.

Additionally, while the primary mode of marketing in metros is newspaper ads and hoardings, direct interaction with customers would work better in Tier II cities, says Saurabh. For making even the lower income classes comfortable with the idea of buying online, vernacular content will help. In fact, Freshboxx is now building its app, which will be available in Kannada, Hindi, and English.

However, e-commerce’s major attraction –discounts- may not work in grocery and food tech. For instance, in Kerala, customers seldom care about discounts. Shan of Kada says: “They look for the best quality and customer service. Localisation is essential here as the online buzz is not as great as it is in metros.”

For logistics player Parcelled, marketing is not a headache. Puneet says: “Our customers are not comfortable with apps; so our marketing channel is the good old telephone. In addition, we let them choose a convenient time for last mile deliveries and reverse pick up – even on Sundays – in Tier I and Tier II cities.” The best performance among its Tier II cities is in Surat, which boasts of large-scale textile industry.

The one big trouble bothering all the hyper local startups focused on Tier II cities is the lack of sufficient funding. Kada aims to focus on Tier-II and Tier-III cities, with an initial plan to expand in Kollam, Kochi, Thrissur and Calicut – since these cities require lesser investment and personnel, and then other South Indian states. But despite being the only player in the sector in Kerala, raising series A has been a hard task for them. Shan says: “They need more traction; so we are launching some new deals by March, and building on our tech-side too. Hopefully, they will see the potential then. We already get about 1,800 orders a month.”

Rohan of Freshboxx also says that they are now struggling in a non-responsive market, and hence are outsourcing each order for cost cutting. “We need serious funding to scale up in Tier II and Tier III cities,” he says. Being a pioneer in the field, Rohan hopes, will give them an advantage. “We are the only player here providing fresh, germ-free fruits and vegetables. We have even educated our farmers on this,” he says. He claims that cost of customer acquisition is zero, and 90 per cent are repeat customers.

It is a classic tale of survival of the best, it seems. “Over the last year or so, investors have turned skittish about pouring in funds into businesses that have no demonstrable path-to-profit,” says Devangshu. He adds that most of the current hyperlocal providers won't survive, unless they change their business models. Customer re-acquisition also cost a lot, he says. “Discounts may not get loyalty – quick, reliable delivery will."