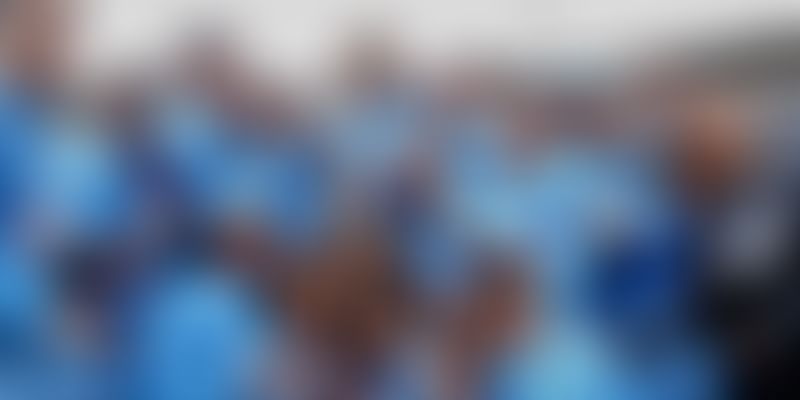 India is a nation of cricket lovers, with the likes of Sachin Tendulkar, MS Dhoni and Virat Kohli having achieved almost demi-god status across the country. Everything from upcoming matches and tours, net practice sessions to their being spotted shopping with wives or girlfriends is fodder for the media and fans alike. However, this idolisation has not included the women cricketers. Even as the nation seemed to erupt into cheers at India’s thrilling win over Australia in the Twenty20series on January 31, the women’s team’s win just a couple of days earlier went below the radar. The Indian women’s cricket team won their second Twenty20 match and thereby also won the three-match series against world champions Australia at the famed Melbourne Cricket Ground (MCG) on Friday January 29.

The Australians had scored 125 for eight in the match which was reduced to 18 overs due to poor weather. The target for India was set at 66 in 10 overs through the Duckworth-Lewis method. The Indian team was able to chase the target with élan, and scored 69 with no loss of wickets and five balls remaining. Captain Mithali Raj and Smriti Mandhana batted to get the requisite numbers by playing some world-class cricket.

Jhulan Goswami was declared the Player of the Match for her two wickets for 16 runs in four overs. Just three days prior, on January 26, India’s women had set a record by pulling off their highest-ever chase in Twenty20 internationals, to take a 1-0 lead in the first match of the series in Adelaide. Harmanpreet Kaur and Veda Krishnamurthy scored a combined 81 runs while chasing Australian women’s 140 for 5. Despite Mithali getting out in the first over, the younger players were able to rise up to the occasion. Mithali is a seasoned player, and is the first Indian and second in women’s ODI history, after England’s Charlotte Edwards, to complete 5,000 runs. Her memorable knock of 214 in Taunton in 1999, when she was just 19 years old, was then the world record for the highest individual score in women’s test cricket. Over the years, Mithali, who has been nicknamed ‘Lady Sachin’, has often carried the burden of batting on her shoulders. Now, though, it looks like there is a stronger batting line-up, and along with strong bowlers and an improved fielding show the team is looking more and more like a force to be reckoned with.

This was the first bilateral series victory of the Indian team over Australia Women in any format. The Southern Stars (Australian women’s team) are the current holders of three consecutive World T20 titles. They have been on central contracts for a few years now, while India only introduced central contracts last year, giving the players financial stability to some extent. The fitness levels of the players have also been given more importance of late and so the Indian fielders were able to scale up to international standards.

The first match played by the Indian women’s team was the test match series against West Indies in 1976. Since then the team has shown a lot of promise and has distinctions like winning four Asia Cups. Strangely, the Indian women’s cricket team was not sent for test matches for eight years, from 2006 to 2014. But in the few tests that they did play, they have done well, notably by winning against England in England in 2014 and then against South Africa.

The Women’s Cricket Association of India (WCAI) honorary general secretary Nutan Gavaskar (sister of former cricketer Sunil Gavaskar) has even accused the BCCI of step-motherly treatment of women’s cricket. She has been suggesting an IPL-type league to popularise women’s cricket. Other suggestions from her have been that the government should also promote women’s cricket in rural areas. She has also demanded scholarships for girl cricketers and jobs for woman cricketers. After all, Indian women have been doing extremely well in various sports and it is time for the women cricketers to be recognised.