With 25,000 clients in 25 days, Just Buy Live could be next big wave in mom-and-pop retail 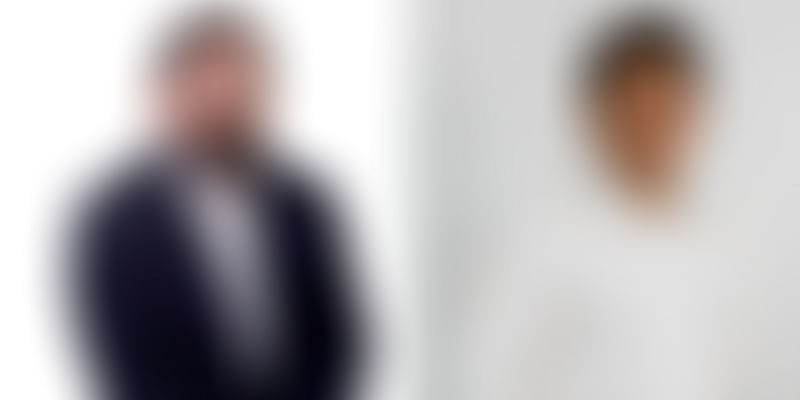 It was Diwali 2014, when Flipkart had not only seen and come, but conquered. Their discounts- and deals-based model had created massive disruption in the retail market. There was a lot of negative pushback from the community, especially to distributor and manufacturer brands, questioning the efficacy of their model with the request that bigger brands should be supporting retailers. Upon further analysis, the people on the inside, who had a more pragmatic view, understood that technology was the major disruptor, and not the business model. The E-commerce wave was making product discovery more dynamic for anyone who owned a smartphone. The more people resorted to discovering products and comparing price and quality online, the clearer it became that traditional retail businesses, if they stuck to their current offline model, wouldn’t survive the onslaught.

Sahil Sani, a Boston College graduate, had returned to India and worked for a decade-and-a-half for his family’s distribution business, which handled the exclusive distribution rights for Harman International; his focus was on mastering the distribution line. This close scrutiny led him to his eureka moment. “It got me thinking about how long this e-wave would take to mature and set in. In my research, I stumbled upon another discovery. All the big e-commerce portals were focusing on the B2C angle, to make the consumer experience better. But what about the traders? Why wasn’t anyone using technology to disrupt, or rather, make their buying and distributing experience better? Having been in touch with that community, I naturally started pondering how millions of mom and pop retailers could be brought aboard this digital wave, rather than alienating them. The answer was to give them a more effective logistics and delivery mechanism,”

This mechanism was christened “Just Buy Live” in November 2015, after Sahil studied retailers’ various pain points. “They would have to deal with 40-50 distributors from different locations, as each distributor only represents or distributes for one group, manufacturer, or company. Moreover, the retailers were at the mercy of the stocks that these distributors hold and hoard, and the credit facilities they provide. Besides, they were always in doubt about whether they were getting the best price, and whether the offers and schemes announced by the big manufacturing companies actually reached them.”

He encountered Bharat Balachandran, a pioneer in the Indian fi­nance industry, who is the country’s foremost aggregator of loan products as he has supported multi-billion dollar businesses in various capacities. His financial know-how enabled them to form a robust startup team.

With Just Buy Live, they endeavoured to enable the retailer to browse multiple brands, and choose what, how, and when to buy. With a simple interface much like the interfaces of hyperlocal grocery apps, a retailer would get to see a list of the products segregated by brand name, each brand visible by its logo.

“Nobody has used technology to appify or improve distribution, it is a traditional structure that has persisted for years.”

But convincing retailers of this seemingly clear-cut value proposition was a much more gargantuan task, but luckily, one that Sahil had anticipated to an extent. “I decided to approach them slightly differently with a hybrid model first, by deploying over 1,000 people, who are on the streets in India right now, approaching retailers personally, helping them understand Just Buy Live and assisting them in setting up their profiles, and teaching them how to use it,” says Sahil.

This also poses a big value-add for the manufacturers, explains Sahil, as they were reducing the number of layers between their product and the consumers, by replacing distributors operating at modest scales.

“We asked why they don’t allow their distributors to sell competing brands. Turns out, we are unlimited by scale, we are asset light. We offer brands wider access, we will deliver more efficiently and cost effectively.”

By eliminating the distributor, they’d offer 5-10 percent higher margins to both retailers and manufacturers. But, convincing them was tricky. “I pitched to them effectively, saying we were a credible replacement to distributers, as we allowed them to directly communicate with their retailer. We also eased the load off logistics, by offering efficient transportation from the brand right to the retailer. They would get real-time data on retailer and consumer preferences, and could initiate a scheme or offer at the speed of light, rather than launching through a distributor who would then communicate it to the retailer, which would take three-four weeks when done offline.”

distributor distributes Pepsi. We are the first distributor in the world, who sells competing brands to retailers under one umbrella.”

They launched their beta version in Bombay, Delhi and Bangalore, in November 2015 and got 1,000 retailers to test the waters. After a successful trial run, they went live with the app-only service on Android and iOS on January 1, 2016 in 15 cities and have added 25,000 retailers to their network within their first 30 days. Incidentally, their second milestone was also achieved in that time frame - when they raised a Series A round of $20 Million from Alpha Capital Advisors Pvt. Ltd. “We’re adding 1,000 retailers on a daily basis, as of today, and have seen a 300 percent growth month on month, with 1,000 crore worth of inventory; over 1,000 brands; and 15 warehouses.” The average value of the transaction is $200, and the basket of products includes 15-16 items across four to five brands. Just Buy operates on a 10 per cent margin. 67 percent of retailers registered have come back more than twice

“We are replicating and improving distribution without destroying the comfort of how they did business earlier that is, through a liberal credit system. We’ve developed India’s first credit deployment product app for MSMEs. We will be lending to people who have never had access to a banking line like paanwaalas or grocers. Retailers hardly default on payments as their business depends on it.”

To that effect, they have even announced collaboration with Religare Finvest Limited to create ‘Udhaar,’ extending credit lines to retailers. “When India’s “aam dukandaar” has access to capital, they can choose what, when, and whom to buy from. Margins will improve as they can pay upfront for inventory and avail cash discounts while increasing varieties on offer,” says Sahil.

It was only a matter of time until someone did for mom and pop retailers, what was done for end consumer by the hyperlocal wave of start-ups. The loose ends in the supply chain were retailers at the mercy of distributor stocks and credit facilities. These traditional distributors are limited by their own scale. They do not have enough capital, space or staff to sell multiple brands. They aren’t of the mindset of expansion, which an online counterpart can have. Having an asset-light model, real-time transmission of data enables them to mediate effectively. The concept also decreases the warehousing costs significantly, the cost-benefit of which can be passed on to the retailers. And in this virgin market, Just Buy Live’s aggressive debut is a testament to the “I came, I saw, I conquered” saying.