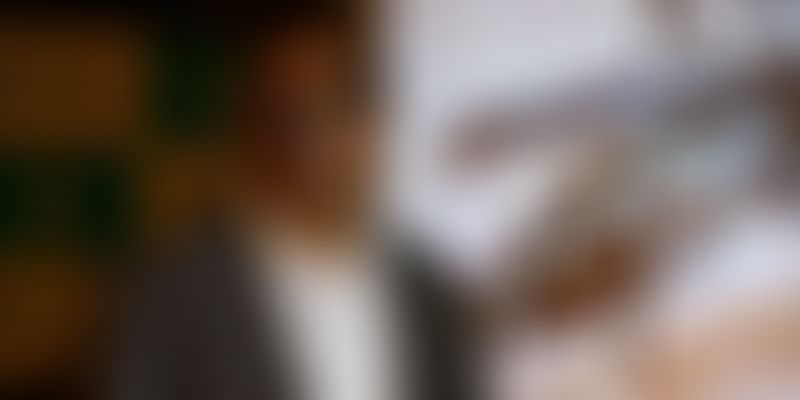 The irony is complete, India has no reported cases of the dreaded Zika virus infection, but is the first country in the world to have ready for testing not one but two vaccines against the virus that is causing nightmares in The Americas. Whether the Zika breakthrough from India becomes a full- fledged vaccine or not will be known later, but for the first time an Indian company has been nimble, fast and foresighted to beat the western pharma giants on their own game. One will have to wait and watch to see how the patent battle is fought, on this occasion the dice is already loaded in India’s favour.

This huge globally significant ‘Zika biotech moment for India’ could not have come at a more opportune time, the country is celebrating the 30th anniversary of the setting up of the Department of Biotechnology (DBT) which started in 1986, under the leadership of the tech savvy late Prime Minister Rajiv Gandhi. The then land of snake charmers, elephants, and the ‘Hindu rate of growth’ has now transformed into innovation hub with current Prime Minister Narendra Modi another tech-savvy, science loving leader who has given the big challenge of ‘Make in India’ and ‘Startup India’.

The Zika virus vaccine developed by Bharat Biotech International Limited, Hyderabad goes well beyond the prime minister’s catchy slogans as it is truly a ‘made in India’ by Indians moment and the patent on the product is also Indian. The unbelievable story of the Zika virus vaccine breakthrough actually begins in 1996 with the remarkable tale of a middle class Tamilian farmer’s son who trained to be a molecular biologist at the University of Wisconsin-Madison in USA deciding to come back to India. Krishna Ella, now the chairman-cum-managing director of Bharat Biotech was then egged by his mother to return to his motherland from USA.

Ella recalls his mother saying, “Son, you only have a 9-inch stomach and how much ever money you make, you can’t eat more than that. You come back and do whenever you want, I will see to it that you get food! As long as I am alive, you will not starve.” Then ‘startups’ were not sexy, yet Ella took the risks and today he commands a USD 100 million company that specialises in vaccine production. Having mastered the making of the world’s cheapest hepatitis-B vaccine and the bulk supply of the oral polio vaccine of which Ella says he has supplied 3.5 billion doses among several other vaccines. Ella’s company also partnered with Indian government to make the first-ever Indian-made vaccine called ‘Rotavac’, a vaccine against an infectious diarrhoea disease caused by Rota virus that afflicts children.

Ella being a scientist himself invests a lot in research and development and that is probably what led him start work developing vaccines against Japanese Encephalitis (JE) and Chikungunya both viral diseases that are mosquito borne. Ella says Chikungunya – the bone-breaking fever first entered India in 2006 possibly from Africa and his company was the first to have isolated and characterised the virus. Since then he said he worried about dreaded infections jumping the depths of the Indian Ocean, and says he feared about the Zika virus – originally isolated from Uganda in 1947 – making the leap since the mosquito that transmits the virus is the same that carries in its lethal bite the Chikungunya, JE and dengue viruses.

Ella says about 18 months ago his research group headed by Dr Sumathy initiated a gentle paced work on making a vaccine against the infectious Zika virus. India had no live specimens of the virus so importing it through official channels his research team got cracking. Ella says his dream was to make a ‘vaccine for travellers’ that in a single dose would give people immunity against Chikungunya, JE and Zika. In July 2015, his team has a Eureka moment on Zika and were able to make two vaccine candidates. Hurriedly patents were filed. By then Zika had not exploded as a troublemaker on the global horizon.

Bharat Biotech’s vaccines now christened ‘Zikavac’ are ready for pre-clinical trials, this makes these two vaccines head and shoulders ahead of the other international efforts which are still literally efforts on the drawing board. The world is searching for an answer and the World Health Organisation (WHO) says “we have just been informed about the Zika vaccine candidate that Bharat Biotech has. We will examine it from the scientific point of view and see the feasibility of taking it forward.” Developing the necessary molecules that make up the vaccine is what this 1,000-personnel organisation based in the ‘Genome Valley’ of Hyderabad could do on their own. Here onwards the road is uphill. Ella says the struggle begins now as the Indian technocracy and the drugs regulatory system takes its own sweet time for approvals.

However, Ella’s first hurdle is to convince an expert committee set up by the Indian Council of Medical Research (ICMR) that the product and patent he is flaunting is scientifically worth pursuing since vaccine trials are not only very expensive but also need a lot of stamina to go through and failures are typical. Interestingly, the government wing that should be most chuffed by this Zikavac development, the Department of Biotechnology has not even reacted and naysayers are already under cutting the Zika breakthrough. Interestingly, India was the first country in the world that set up a separate Department of Biotechnology to nurture this sector three decades ago. Then the department had a modest budget of Rs 5 crore, compared to this fiscal’s allocation of about Rs 1600 crore that amounts to a 320 times jump in 30 years.

Yet many believe the DBT has not lived up to its expectation in recent times since the most urgently-needed National Biotech Regulatory Authority India Bill has been pending with the Parliament almost shackling the sector to a huge slow down. The one big success from the DBT was the piloting of the introduction of the genetically-modified variety of cotton called Bt Cotton more than a decade ago, the first and only GM plant India has embraced. The country then dithered when it debated the introduction of Bt Brinjal but then taking a moral high ground placed a ‘moratorium’ on its introduction. Today the government technocracy of the biotech sector is unable to take a decision whether Indian farmers should be given an opportunity to grow GM Mustard, even as the country spends scarce foreign exchange importing edible oils, reports PTI.

The Indian biotech sector is today worth about USD 7 billion and according to the National Biotechnology Development Strategy unveiled a few weeks ago, the target is to make it into a USD 100 billion industry by 2025. However, for that to happen relevant legislations need to be passed post haste. In addition, what needs to be ensured is that executive powers come back to rest with the executive. India may be the only country in the whole world where the Supreme Court has been deliberating for several years on whether genetically modified crops are good or bad for the country. It is for governments to decide on such important national policies, not judges of the apex court howsoever learned they may be. Ultimately, trust has to be rested with experts by putting in place an impartial and transparent regulatory system.

The real test of the government on whether it truly supports the Indian biotech sector would become tangible if it understands the huge first mover advantage that Bharat Biotech has given to India through its foresight and disease forecasting ability to position a Zika virus vaccine well ahead of others. As Union Science Minister Harsh Vardhan is fond of saying ‘IT’ meant ‘India Today’ and on the same lines ‘BT’ means ‘Bharat Tomorrow’ and for that to happen the ball is really in Prime Minister Modi’s court who can use his good offices to push for early assessment of the Indian Zikavac vaccines.

Ella requests that Modi himself intervene by supporting a project which embodies all of what Modi stands for ‘Make in India; Startup India; healthy India’, he believes the visionary prime minister that Modi is, could use the first mover advantage that Bharat Biotech has given to India for what he describes ‘vaccine diplomacy’. Ella suggests that if Modi, who is known for his out-of-box foreign policy initiatives, can now win lots of diplomatic Brownie points by transferring the technology to a friendly country like Brazil which is reeling under the impact of the Zika epidemic. Since as they say ‘a friend in need is friend indeed’ and today both South and North America could hugely benefit by India’s large hearted magnanimity to mitigate a global health care emergency.