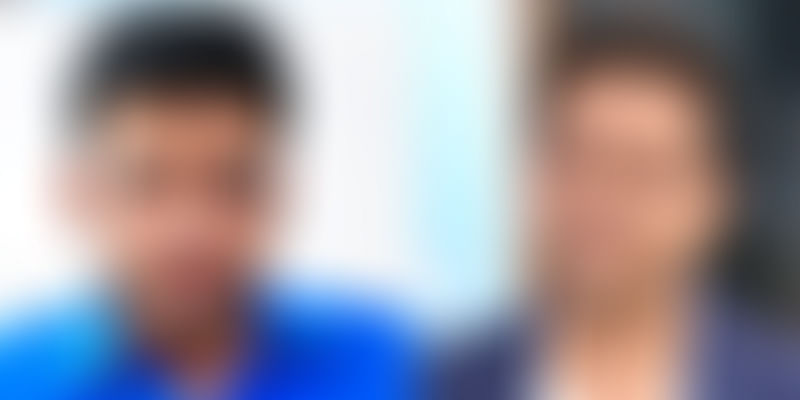 For Flipkart’s Mukesh Bansal and Ankit Nagori, the siren song of entrepreneurship has proved too strong. Both are leaving the e-commerce major to launch their own ventures in the coming months.

Mukesh, Head of Commerce Platform at Flipkart, will stay on for two more months before launching his startup. He plans to take a break of a few months in between his current role and the new venture. He is exiting both Flipkart and, Myntra, the company he co-founded in 2007. He will remain a significant shareholder in the former and an Advisor. Mukesh said:

Sachin, Binny and I have been discussing this change for the past two-three months as part of an org change after factoring everything, like state of business, momentum we have, the capable leadership team. I felt this is the right time personally to take a long break and figure out next steps. This will also enable Binny to work closely with the new leadership team and chart the course for Flipkart's future.

Mukesh, a fitness enthusiast, said he has not decided on what area of business he will focus on but it will be in the technology space. Binny Bansal CEO of Flipkart, said Mukesh has definitely made the company a healthier workplace. He added:

When we acquired Myntra we were one-fifth the size of what we are today...Mukesh has been definitely one of the best leaders I have had the pleasure of working with. I have learnt a lot from Mukesh, especially on how to build a great organisation. This is a huge loss for the company and for me personally. Mukesh in the past nine years has been part of building two great companies and I wish him a very restful break and am sure his kids are very happy.

Ankit, who is Chief Business Officer, is setting up his own sports talent development firm. Flipkart founders, Sachin Bansal and Binny Bansal, will be the first investors in the company. Ankit will leave Flipkart in a quarter. Interestingly, these announcements come within weeks of Co-founder Sachin Bansal stepping down as CEO and taking over the non-operational role of Executive Chairman.

Binny will handle the commerce and advertising functions directly. The hunt is on, internally and externally, for a replacement for Ankit, said Binny.

Ankit joined us six years back as a 24-year-old...He has been our go-to guy for all our biggest new initiatives. He is an entrepreneur at heart. He is also passionate about public service. His new venture is at the crossroads of entrepreneurship and public service in the sports talent development space.

The change in senior management comes at a time when Flipkart is facing renewed and strong competition from the likes of Amazon, Snapdeal, Paytm and others. However, Mukesh said he is leaving Flipkart stronger than it was when he joined two years ago, post the acquisition of Myntra. The company has hired two senior Google executives, Peeysh Ranjan and Punit Soni as its CTO and CPO last year. On his achievements, Mukesh said:

If you look at business, category by category, we're building different capabilities in each one. In fashion we are very big now. In large appliances we have built capability, through Jeeves, to offer installation services better than anyone else is able to offer. We are approaching 50 per cent market share in large appliances in e-commerce. We have had a couple of versions of the seller's app, which has made the seller's life very easy. On consumer side there are a lot of experiments. Flipkart Lite has started to get a lot of traction. Ping has built a robust communication infrastructure. We have now extended that to enable chat between buyers and sellers. We just launched initially version of FK Money, through which people are getting instant refunds in their wallet. Big focus was to enable scale.

But challenges remain. While Flipkart has managed to retain its numero uno position in Indian e-commerce, it has definitely lost some of its sheen in recent months. Flipkart claims that its mobile-first move has paid rich dividends, which remains questionable till date as whether it can ignore web completely. Similarly, Flipkart first established itself thanks to its quality of service. However, others especially Amazon, have caught up. However, Binny said Flipkart is winning in areas it has bet on:

On the areas of immediate focus, the new CEO has this to say:

When we look at e-commerce there are four pillars, which are commerce (the main Flipkart platform plus Myntra), supply chain(eKart), advertising, which we incubated last year, and payments. This year we will focus on our core businesses of commerce and supply chain and take our service to the next level. We want to be leaders in all these pillars in the next 10 years. We are taking a long-term view.

The logistics arm, eKart, which Flipkart re-acquired last year, has a presence in 300 cities. Binny said the focus will be on improving delivery speeds and to set up large warehouses that will enable next-day delivery in 90 per cent of the country.

We have raised enough and more money to build any kind of business in this country. As leaders we continue to be quite attractive to investors. There are ups and downs in the market; when market is down it affects everyone but for us a downturn is great.