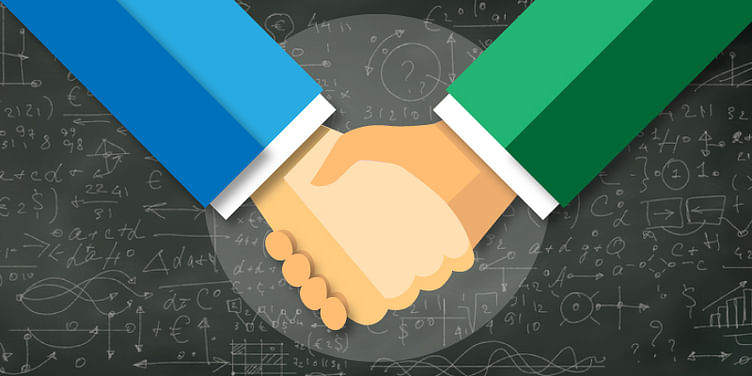 Education technology startup InOpen Technologies has been recently acquired by Hyderabad-based Next Education. InOpen Technologies was co-founded by Dr Sridhar Iyer and Rupesh Kumar Shah in 2009. Dr Sridhar is on the computer science faculty at IIT Bombay, and Rupesh is a former student. When Rupesh met Dr. Sridhar, he was working on a project Computer Masti to develop IT content for schools.

InOpen, incubated at SINE Incubator, had been providing content in eight Indian languages and two international languages to more than 6,00,000 students in over 200 private schools across India. They had also undertaken large-scale government projects in Assam and other states.

"We feel that we have been able to accomplish the goals we set out to achieve. Next Education is catering to over seven million students in the country. Our implementation,subject expertise in computer science,and in-depth coverage of schools in both metro and slum areas will complement and strengthen their offering," Rupesh said in a conversation with YourStory.

InOpen had raised a seed funding of $5,00,000 with VentureEast in August 2011, followed by Series A round of equity capital from Japanese education giant Benesse Holdings in late 2013.

Next Education is working on technology-based K-12 solutions, which are used by over 1,50,000 teachers and more than70 lakh students across over 7,000 schools in India. Founded in 2007, Next Education's educational solutions and services have been well-received nationally and globally.

Next Education covers seven Indian languages and the syllabuses of the CBSE, ICSE, Army, and all the state boards. In 2014, it moved to brick and mortar with their textbooks offerings and InOpen's products fit in their computer science portfolio. Raveendranath Kamath, Chief Financial Officer of Next Education, said,

Over the past few years, notable education startups have sprang up from IIT Bombay SINE Incubator –Trumplab, Toppr, Plancess Edusolutions, and LurnQ. A lot of factors work in favour of these startups, be it the ecosystem, the support they get from the institute, the mentorship and entrepreneur courses, and the active interest of professors. An added advantage is the large number of investors from the alumni group, who provide good support to the team.

When it comes to the education sector, acquisitions of this nature are very rare. A major reason is lack of growth prospects and logistics inTier-3 cities and rural areas posing a huge challenge. As a result, the market is left uncaptured and most startups are left chasing smart solutions. We are yet to see startups that impact schools in rural areas and Tier-3 cities.