Nine myths about startups they’ll let you live with 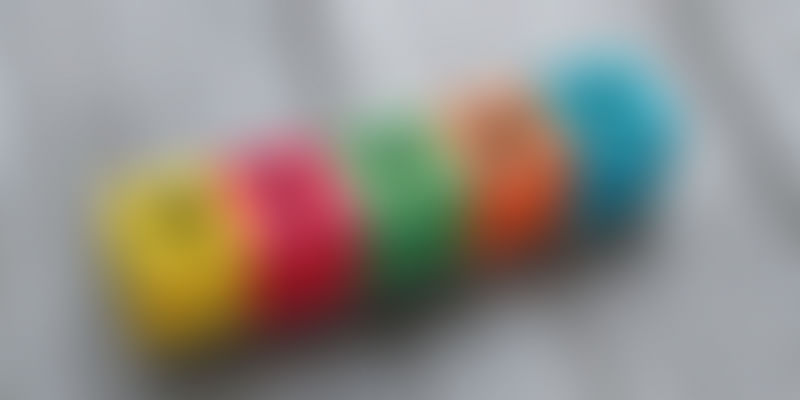 To say that working at a startup or running one is the best thing to do these days wouldn't be a blinding insight. A friend of mine in a recent conversation mentioned matter-of-factly that there was a time when being an FMCG marketer was the most coveted job. Then the world went crazy about being a consultant or an i-banker. Today, glamour is associated with a startup – either your own or someone else’s. What he said makes a lot of sense after all – big money, great lifestyles, world-changing work. It’s perfect. Isn’t it?

But the answer is NO. In a world where stories of soaring valuations, tens of millions of dollars of personal wealth, high-profile senior appointments, and other startup fairy tales dominate, some not-so-sexy realities of being an entrepreneur or working at a startup rarely find a mention. Not anymore. Here are some oft-untold stories of some common myths people have about startups. Just to be clear, the idea here is not to dissuade the readers from considering a startup as a career choice. Quite the contrary in fact. As a founder, these are on-the-job as well as borrowed learnings that have helped me tremendously and have reaffirmed my belief in the idea of entrepreneurship. We hope this piece will help you in making a more informed choice and being better prepared for your startup journey.

Myth 1 - At startups, life’s a breeze

If you are joining a startup because you are tired of long hours at your corporate job, you are making a mistake. Startups have a lot to achieve in a short time. You don’t do that by working nine to five. Late nights, working on Saturdays and Sundays, team calls at odd hours – all of these are common at most high-performing startups. If you’re not up for it, then this is not your cup of tea.

No, they don’t. Depending on which source you choose to believe, only less than three per cent of the startups are able to raise venture capital. And these companies occupy 100 per cent of the real estate on startup media. So of course you won’t hear about the others. Your decision to start up has to be based on several other factors – most importantly, your own drive to solve a problem – and not just on the hope or expectation that you’ll get funded soon.

As an employee in a large company you might hate having to “listen to” your boss and your boss’ boss. And therefore you might decide to start your own company someday so you can do whatever you like. Well guess what? As an entrepreneur this list is much longer – you listen to your board, your team members, the regulators, your customers, your suppliers. Not because you need to, rather because you should. Good advice and ideas could come from anywhere, and as a founder you would do well to not bask in the glory of your own intellectual arrogance while taking important decisions. By wanting to start up, you surely didn’t mean you want to start a promoter-driven ‘lala’ company, did you?

Sorry to bring down your castle in the air, but ideas are dime-a-dozen. Really. Google was not the first search engine, Facebook was not the first social network, Xiaomi was not first smartphone maker, and WhatsApp was not the first phone-based messenger. These companies built great products on existing ideas. So when it comes to startup ideas, avoid falling into these two traps - a) being super-secretive about your idea to the extent of not wanting to even test it with enough people, and b) getting carried away with what you believe is a blockbuster idea and not focussing enough on execution.

Myth 5 - Laws of physics are so 90s. Today’s successful businesses are built on laws of capital

Here’s a simple question - are you genuinely adding value to your customer’s life such that she will happily pay for your products or services? If not, it’s only a matter of time before you die, no matter how much capital you have raised or are about to raise. Fancy business models, over-the-top marketing, steep discounts, hasty mobile app, and other such popular paraphernalia are together like an expensive ‘management seat’ at a private college that dad’s (read investors’) money can buy the kid (read the startup) initially. But without a clear value proposition grounded in fundamentals, this ‘kid’ is bound to fail.

We’ve all been in those 2 AM discussions with friends where billion dollar startups get built inside the fourth glass of whiskey. Almost all of them are forgotten thereafter. Choosing the right co-founder is a critical task. Most people will tell you, no less critical than choosing the right life-partner. In fact, the same prerequisites of mutual trust and respect, compatibility, complementarity hold. And like it or not, good friends may not always check these boxes for each other. Business intensity and scale can sometimes overpower the bonds of friendship. It happened at Facebook. It happened at Tinder. It happened at TVF. So choose wisely.

ESOPs have come to be seen as a legitimate wealth creation tool among candidates seeking a career in startups, thanks to the likes of TaxiForSure and FreeCharge who created value for their employees through this route. The risk that continues, however, is that of people falling for promises of large and quick liquidity as opposed to validating the fundamentals of their prospective employers. We have met several such candidates who negotiate on the back of another company offering a much larger “stake” without even having an informed point of view on the prospects or even the product-market fit of that company. As an early-stage employee you are investing your future into a company. It only makes sense to take a longer term view and evaluate fundamentals rather than a hollow promise.

Myth 8 - I went to tier 1 colleges. I am entitled to a senior position in a startup

There’s nothing wrong in asking for an appropriate role and reward for the contributions you would make. The wrong is in assuming that the contributions you would make are a direct outcome of the glorious names on your resume. As founders, we look for a high degree of self-awareness, intellectual humility, and a strong will in the people. As long as these qualities are in place a meritocratic culture still allows young recruits to grow in role, in designations, in benefits pretty quickly through such means like double promotions. In contrast, people coming in with a misplaced sense of entitlement often fail to contribute as per expectations and fail to do justice to their own potential.

Myth 9 - The regulators don’t get it. It’s okay. They’ll learn in due time

It’s true that many of the new-age business models often fall at the gray boundaries of regulations and struggle with interpretation of some laws. Companies like Airbnb, Uber, Homejoy have all been at the receiving end of this. Closer home, Shuttl, and ZipGo faced the heat too. It is also true that sometimes founding teams show a blatant and unnecessary disregard for even those laws that are clear. Not doing enough research at the time of starting up, not being thorough with taxes, not building suitable indemnities in contracts are some common pitfalls which no amount of evolution in the laws can absolve you from. There’s too much at stake to leave this part to chance.

Hopefully, you are a few notches closer to the ground realities of the startup world and yet still as excited to take a plunge into this wonderland.

Sidharth Gupta and Rahul Chaudhary are co-founders of Treebo, a tech-enabled asset-light budget hotel brand. Before starting Treebo, Sid and Rahul were Vice Presidents at Myntra leading multiple strategic initiatives for the Flipkart-Myntra Group. Prior to that, they served as Senior Engagement Managers at McKinsey & Company. Sid and Rahul hold MBAs from IIM Bangalore and IIM Ahmedabad respectively, and are graduates from IIT Roorkee.