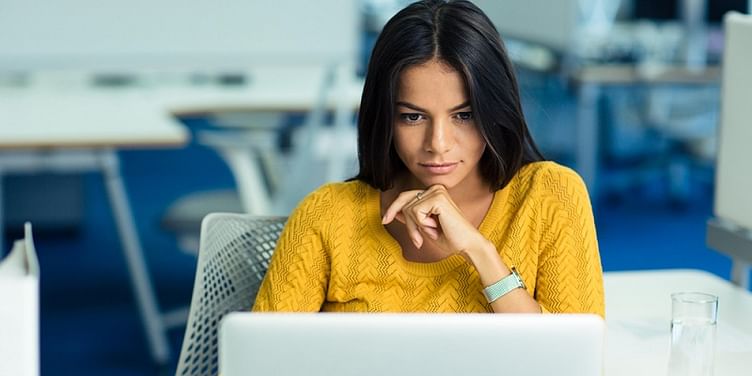 Women have been closing the gender gap when it comes to education. Research shows 45.9 per cent of all enrolled undergraduate students as well as 40.5 per cent of all enrolled PhD students in India today are women. On the other hand, the labour force participation rate of women has been falling – from 37 per cent in 2004-05 to 29 per cent in 2009-10. In 2011-2012, women comprised 14.7 per cent of all urban workers, a small increase from the 13.4 per cent in 1972-73. To give a clearer view of the larger picture, if India can increase women’s labour force participation by 10 percentage points (68 million more women) by 2025, India could increase its GDP by 16 per cent.

Many organisations have been working towards helping women join as well as re-join the workforce. Employers are also recognising the importance of diversity and at the same time, are seeing women who are getting back to work after a break as a viable group when it comes to hiring. When women have had a break after having a baby or for taking care of an elderly family member, the organisations mentioned below act as mentors and help them step back into the corporate space.

It has been a year since Bengaluru-based JobsForHer was founded by Neha Bagaria with the vision to reverse female brain drain from within the Indian workforce. JobsForHer has organised a mega Diversity Drive from March 7th to March 11th to coincide with this Women’s Day. Top companies across India like Sapient, Target, MakeMyTrip, Reliance, Mindtree and Mantri developers will be participating in the drive. With this drive, JobsForHer is also opening up its portal beyond Bengaluru and moving to a pan-India mode with a focus on Mumbai, Delhi and Chennai.

JobsForHer.com is currently seeing a traction of 50,000 visitors per month with approximately 2.50 lakh monthly page-views. In its first year in lean-startup mode and operating out of Bengaluru, JobsForHer is already associated with more than 750 companies, including Citibank, Future Group, GE, Godrej group, Kotak Mahindra Group, SnapDeal, Unilever and several other SMEs as well as startups. They offer job opportunities ranging from full-time, part-time, work-from-home, to freelance opportunities and also work with companies to provide returnee internships.

Chennai-based Avtar I-Win was the pioneer in the field of organisations that help women restart their careers, having been set up in 2005. Dr Saundarya Rajesh, Founder of Avtar I-Win, believes that equality often does not work in the gender space in corporates, due to the various unique issues that working women face in India. They facilitated the hiring of around 450 women employees for the Future Group way back in 2006. Saundarya says,

Forty-eight per cent of Indian working women under the age of 30 take a break, 60 per cent in STEM (science technology engineering and math) jobs take a break in the first 10 years of their career. These women often struggle to restart their career. When it comes to labour force participation of women, other Asian countries, for example Sri Lanka, do better than India.

Sairee Chahal co-founded Noida-based SHEROES.in in January 2014. SHEROES curates corporate jobs as well as flexible and work-from-home jobs for women in India. SHEROES has been building a community of working women, helping them find mentors and resources. They focus on helping women who are seeking a career along with maintaining a work-life balance.

SHEROES had raised Rs five crore of funding in an angel round and offers a diverse and large range of opportunities for women to pick from. These include opportunities with women-friendly employers, flex-friendly formats, mompreneur programmes and partnership programmes. The SHEROES Community gets access to career resources while SHEROES Mentors engage actively to help women attain career success on their own terms.

HerSecondInnings was founded with the principle that just helping women find a job is not enough and women professionals have to be empowered at all levels. Often when a woman is getting back to work after a long break, there is a lot of confusion in her mind about the best fit for her skillset and experience. Women might also prefer to shift to a more attractive or appropriate field at this point due to personal interests or convenience. Over 2,000 women have been accessing the portal for job options as well as for coaching to help develop their skills as well as better understand their options. There are e-coaching sessions as well, which women can attend online.