The story of a startup building products for senior citizens 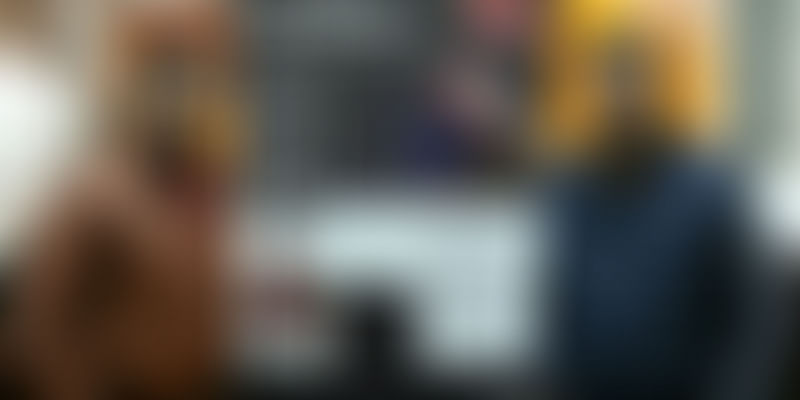 When Rahul Gupta turned 50, he started thinking about senior citizens. Rahul is a part of a large extended family circle and has witnessed the struggle of elderly people, with many of their basic needs remaining unfulfilled.

A few years ago, while he was working with a private telecom company, Rahul decided to quit his job and start his own venture. The staggering senior population offers a huge space for startups providing solutions to this particular age group. Rahul and his colleague, MP Deepu, were mulling over a couple of ideas and decided to build a startup that was going to be fulfilling and with good social impact.

Last October, Rahul and Deepu founded SeniorWorld, a platform that caters to the overall needs of seniors. It has introduced 'easyfone', a phone designed especially for senior people. The startup is also slated to introduce many other products, such as clothes, bathroom mats and other elderly-friendly products.

“Probably the want of creating a more senior-friendly ecosystem for myself when I would enter the 60-plus group led to the creation of this startup,” jokes Rahul.

The idea is to enable senior citizens to live more active, engaged, independent and fulfilling lives. Outside of providing products and services, Seniorworld also provides content and engagement avenues for senior people. Its Facebook senior community continues to grow at a good pace and now has a community of over 33,000. “This is possibly the most engaged community on Facebook in India as per the benchmarking that we were able to do with tools provided by independent providers.”

Talking about his flagship product, Rahul says that easyfone has been designed with the twin objective of enhancing independence as well as safety for seniors, two things that are important to them. The phone has raised, back-lit keys, eight photo contacts for easy dialing, an SOS button that triggers a siren call and SMS to five contacts, giving out location and medical information, magnifier, torch and many other services.

“While more and more seniors are adopting smartphones, a large number of seniors, especially in the 70+ age group, struggle even with basic mobile phones, because of age-related issues. We have seniors spanning the age group of 65 to 95 who are using the easyfone; and for some seniors, this is their first mobile phone, which is hugely liberating for them and very heartening for us,” says Rahul.

Rahul says that the response has been very encouraging in four months’ time, with monthly sales growing by 35 percent month on month.

The platform is currently self-funded and the investment in the company has been close to Rs 1.5 crore so far, which was spent on team building, product development, promotion and easyfone inventory. The current team size of the venture stands at 11.

“We continue to make investments, as more people are joining in the coming months. We have more product launches coming up in next three months in the technology and wellness space. From a revenue standpoint, our target is to hit a run rate of $1 million by Dec 2016,” says Rahul.

According to a rough estimate, it is a Rs 35,000-crore segregated market for these products, which is set to grow at a CAG of 29 per cent to Rs 96,000 crore in the coming years.

In the past few years, many companies have entered the segment. Startups like Goodhands, Senior Shelf, Pramati Care, SeniorWorld, and Silver Talkies cater to all the needs of the senior population and have been founded by ‘younger’ people after their bad experiences related to care for their elderly relatives.