Her one-of-a-kind French dessert may be smoother than ice-cream, but Sharmeen Indorewala's journey had its lumps and slumps 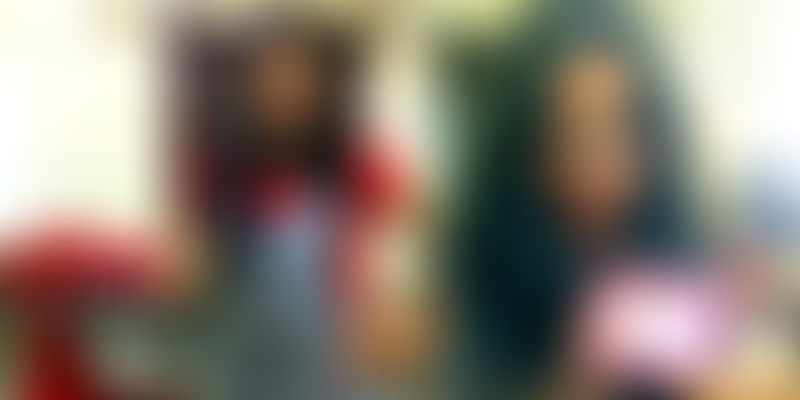 “It is the unsung hero of French dessert– and it deserves a lot more credit. It’s far creamier, smoother, and richer than ice cream, and it’s been around longer than ice-cream, too! The beauty of parfait is that it doesn’t need any fillers to make it taste better, it can be devoured and enjoyed as is. It’s so beautiful to just sit down with a tub and gobble it up…” rhapsodises Sharmeen Indorewala.

I was convinced in that very first minute of our conversation, that I was meeting a woman who is absolutely infatuated with what she does, which is as it should be.

Sharmeen owes a lot of her passion, and liberated and candid nature, to her parents and upbringing with that ‘Bombay state of mind’. “We give very little credit to our older generation, but for me, my gateway to having dreams and chasing them was built by my parents. While my father always encouraged us to find the best in us, my mom herself was a very successful designer. It’s funny – she never really cooked, and always asked us to stay out of the kitchen, fearing we’ll burn it down!”

The now seasoned chef’s kitchen debut was when she was 18, and it was rather disastrous, she recollects. But she found herself enjoying the experience, and the kitchen kept calling her back. This same newfound hobby led her to obtain an International Chef’s Diploma in Mumbai, following which, she joined the first crop of chefs satiating Mumbaikars’ appetite for cupcakes and cookies in 2008, all of it self-learnt and self-perfected – mind you.

“I felt there was a limit to how much I could learn off of the Internet, but my curiousity about desserts had no limit,” she says, on what drove her to The Patisserie Program in France, to hone her skills.

Upon returning, she joined a startup restaurant in the heart of Mumbai– Nico Bombay – where she was thrown in the deep end from the get go. “We curated the menu, decided recipes and even trained under a chef who had worked with Angela Hartnett , herself a protégée of Gordon Ramsay (of the Masterchef fame).”

“Post this experience, I was ready to venture out on my own.”

Finding the parfait time to startup

She decided to take a sabbatical to conduct research. Her initial idea was to create a line of French pastries or ice-cream, as she thought this would be more scientific and challenging.

But all that while, she kept the experimentation going at home, and found herself making one dessert repeatedly due to popular demand from friends and family – parfait. “I had made parfait while at Nico’s, and people there had lapped it up. A point came where I was researching ice-cream on the computer, but making batches and batches of parfait at home, until my house and I came to be associated with parfait! People helped me reach my ‘aha!’ moment, asking me why I wasn’t simply selling parfait, since I was so good at it.”

Parfait wasn’t very popular in India, and its closest substitute- though not close enough- was ice-cream. But even when it came to ice-cream, there were very few premium dessert brands in the city at the time that served rich and pure ice-cream that weren’t made with powder, or filled with preservatives, according to Sharmeen. “No one really served the real deal. Parfait is really simple, yet needs to be handled delicately. Parfait literally means perfect in French; it must turn out with the exact consistency you want, even if the ingredients that go into it are really simple and natural- like, eggs, cream, chocolate, or fruit. I wanted to take that experience to people. I wanted to serve people something that was really unique.”

Parfait has never been something that was made and packaged and sold, it was always whipped up and served fresh at a restaurant. But the prospect of changing its format to take it to more people was tempting, and worth mulling over.

Sharmeen also noticed that people were getting increasingly health conscious. So, serving them something that was gluten- free and without stabilisers and artificial chemicals became the core principle of her business.

“It would become an expensive dessert to make and to sell, but people appreciate the purity and naturalness of it,” she says This also turned into Sharmeen’s first real challenge. “It was a challenge to build a brand that was preservative free and natural, because that would mean the vendors from whom I sourced my ingredients would have to have the same values as me – that they would have to give me jams or purees or creams that were completely preservative free. Sourcing good ingredients was a big part of my business and I had to get it right,” says Sharmeen.

The lumps and slumps no one tells you about

Everything had to come together at the same time – sourcing ingredients, finding a place, finding the right kind of people to work for you. There are little bumps and hassles that no one talks about, that are an entrepreneur’s reality. And as a woman entrepreneur, these challenges come with layers.

“When you’re dealing with workers for a small business factory, they don’t come with formal training or a professional work ethic. They leave at the drop of a hat.

Being a girl, the whole experience is daunting because for them to take you seriously you have to work a little harder, so they don’t think of you as a bored housewife just doodling around. Packaging was even more interesting for me, because the man I appointed, much like anyone else, was only used to taking orders from men. He wouldn’t adhere to timelines, or even take my tone seriously, no matter how sternly I spoke. It took me a while to establish my authority in my business.”

But everything did come together. Even as she braved bureaucratic offices for permits, or staff that had to be trained painstakingly for three months, Team French Parfait Company was roaring with business from the very first day – thanks to a special little idea. “We sent some samples to the Brown Paper Bag office, and they loved our products. We got a really good review even before we launched. And on the first day itself, we had orders!

Through events and stalls, the buzz kept multiplying, but what Sharmeen treasures the most was interacting with her customers and seeing their faces lighten up. “It was a very personal thing for me, this dessert. Press is great, but customer feedback is what makes my day. I feel happiest when people like what they are eating.”

They ended up selling 2,000 tubs in their first year, which was unprecedented. “Our physical as well as digital presence increased through events. They also started selling online through Scootsy, Mingo and Big Basket, and physical outlets like Nature’s Basket.”

Today, they sell at least 300 tubs a month, and are growing dynamically with a 20 per cent growth rate. Sharmeen’s focus now remains on upping the manufacturing rate such that her delectable smelling 800 square feet factory in Bombay Central runs at optimum capacity.

Calling yourself an entrepreneur is a very used and abused term.

“Being a woman entrepreneur is a whole different ballgame. Dressing and talking a certain way can still be intimidating to certain people who aren’t educated and inherently misogynistic. But that is changing, and there is so much more acceptance – especially in Bombay,” she feels.

Her hack to negativity is simple- believe in yourself, but do not cow down under the undue pressure placed on women to excel and be perfect. “Don’t take yourself too seriously!” is her mantra. “Ten entrepreneurs may fail, but the real story is, that ten have tried.”