Visakhapatnam, 'The Jewel of the East Coast', readies itself to welcome summer tourists 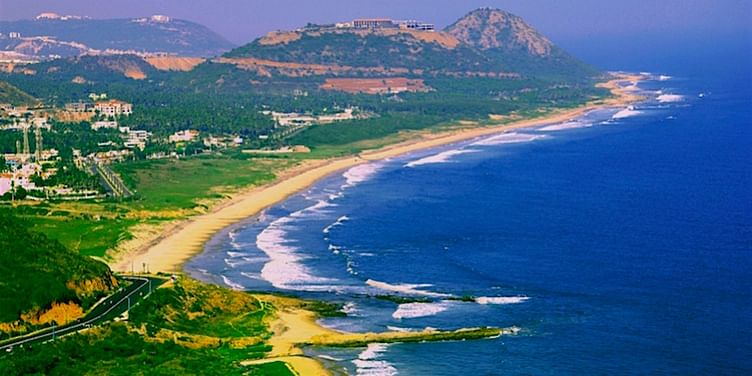 The AP tourism department will promote Visakhapatnam as the city of hills and beaches to attract tourists from various parts of the country and the world. The newly developed Thotlakonda beach in the city will be open for general public soon. Three more beaches in the city will be ready by March. The tourism department has identified four beaches – Sagarnagar, Yendada, Thotlakonda and Mangamaripeta for development. They have given top priority for Thotlakonda beach. The 2.4 acre beach will be ready for the general public shortly. District Tourism Information Officer V.S. Lakshman Rao said that the tourism department has spent almost Rs 1 crore for Thotlakonda beach. It will include a park with sprawling landscaped lawns and four spacious food courts, washrooms for men and women and other basic amenities.

According to Deccan Chronicle, tourists from various parts of the country have often been disappointed with the existing beaches. RK Beach and Rushikonda beach in the city have failed to attract visitors. Hence, the Mangamaripeta beach will be developed with water sports and other facilities. Two firms, Livein and India Extreme, will develop the water sports facilities, including speed boats, scuba diving and water scooter rides and the time line for that has been set by March 31.

Visakhapatnam is nestled between the Eastern Ghats mountain range and the Bay of Bengal. It is often referred to as The Jewel of the East Coast, The City of Destiny and the Goa of the East Coast. The city is named after Visakha, the God of valour and war. Visakha is the son of Lord Shiva and Goddess Parvati and also considered to be the ruler of planet Mars. The city was first ruled by the Kalinga dynasty, which was later conquered by the great emperor Ashoka around 260 BC.

Visakhapatnam’s beaches, parks, museums, temples and it’s proximity to areas of natural beauty, have helped the city to become a significant tourist destination. Some points of interest in Visakhapatnam are the Kailasagiri and VUDA Park, Kursura Submarine Museum and Vishakha Museum, Kambalakonda Wildlife Sanctuary, Araku Valley, and Borra Caves.