How 3 Indian women and their startups conquered the Bay Area 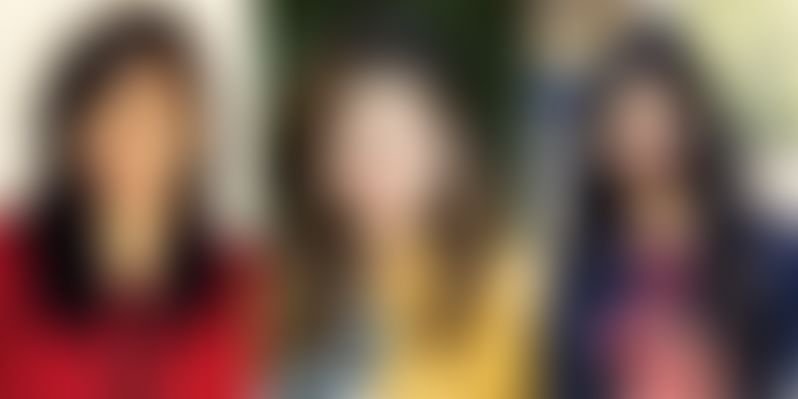 There are stories of successful women entrepreneurs emerging in India. There are several others wanting to start their own companies. They would find these three women inspiring - Trisha Roy, Rituparna Panda and Yosha Gupta, who went to the USA to find their dreams. Their success in creating a market in the USA and around the globe has helped them get noticed by 500 Startups, a California-based accelerator. In fact, these startups were handpicked by Dave McClure and his team as businesses that could go global.

Two years ago, Trisha was furnishing her house in the US, when she found out that drapes and custom made window treatments were very expensive. Some of the customised drapes were as expensive as $10,000. She went back and made a few phone calls to her family members who ran textile units in Kolkata and Delhi, to figure out why drapes were so expensive in the US. She then figured out how the supply chain for high quality cotton and linen worked. With this as a base she began to work overtime and created Barn& Willow.

“There are multiple traders in the supply chain who buy from factories and mark up the cost by the time they sell to a retailer in the USA,” says Trisha. In the retail world, the mark-ups can be more than 250 percent when they are sold to the consumer.

She realised that if she could cut these three or four layers of middleman, she could solve a business problem in the USA. However, she decided that she would not just sell drapes, throw pillows and panels; she decided that to differentiate her business she would have to offer customised designs and service to win consumers. For that she had to tie in supply chain at the earliest. She met a manufacturer in a trade fair and began sourcing cotton samples from a factory in Tamil Nadu. The best quality linen she sourced from a factory in Belgium and got the raw material stitched to order in a factory in Delhi. From India the product gets shipped to a warehouse in California and from there the product is delivered across the USA. Guess what! The product mark-up is only 60 percent.

“This was the disruption that made our business grow,” Trisha says, adding that her experience in building this company came from her stints as an employee with PayPal and eBay. Her first order for Barn & Willow was fulfilled in December 2014. Now her company does monthly revenues of $50,000 and the business is growing by 45 percent. With such growth 500Startups seeded the idea with $125,000.

Like Trisha, Rituparna too had a story to tell out of her experience in the USA. Fulfil.IO was born to help small businesses migrate to cloud and mobile technology. In 2012, Rituparna finished her engineering and started work in a boutique consulting firm, before realising in 2014 that small and medium retailers, all over the world, do not have the platform to manage their inventory when selling on multiple channels. She went about building a system that could replace the old ERP systems and could use the cloud to track inventory and orders on multiple platforms, both online and offline. Rituparna, Co-founder of Fulfil.IO, says, “This was an opportunity and it was not easy. If we could only convince SMBs to use an efficient tab-based multi-channel tracking and fulfilment system which could break legacy IT, then the idea was here to stay.”

So Rituparna quit work in early 2015 and began building the product with three other co-founders. The first lesson she realised was that the only way the product could be successful was if it was tested in the USA. According to a report by IDC, the consulting and research firm, about $161 billion was spent by US-based SMBs to transform their IT infrastructure in 2015. She was right to pick the US as her first market entry.

Fulfil.IO was only a couple of months old, in mid-2015, when Rituparna made a trip to the States. She and her other co-founders found a tool manufacturer whose business was integrated upstream - and supplied downstream to retail stores and e-commerce platforms. The manufacturer could not get a single view of his entire inventory going into multiple channels and, in the process, the company was losing money over inventory being sent to channels which were not profitable. “Our product gave the manufacturer insights into his entire business on a single dashboard. The integration took a couple of days because all that the manufacturer had to do was transfer the data from multiple IT systems into ours,” she says.

Their friend Yosha focused her business on becoming an affiliate for e-commerce companies and in the process created a fa-t growing couponing company.

Yosha started Lafalafa out of Hong Kong in 2014. She had a simple narrative to her startup: if she became an affiliate to e-commerce companies, then she could forego most of her commissions to consumers who buy coupons from the Lafalafa site, and increase conversions for online shopping platforms. The objective was also to increase customer traffic on the app, because of the savings that her company offered. The online e-commerce market in India is expected to cross $100 billion in the next four years and the affiliate marketing industry contributes 15-20 percent to the GMV. “The opportunity is huge even with the competition in this segment,” says Yosha. Companies like MySmartPrice, CouponDunia, Grabon, Cashkaro, Pennyful are her competitors.

She got picked by 500Startups because the business was focussed on mobile and the adoption was growing rapidly. Seventy percent of Lafalafa’s traffic came from the Android app. “We are focussed on personalisation and targeting so that we can recommend more relevant offers to our users and drive conversions,” says Yosha. The company is also moving into offline business models, where in-store coupons and cashback will be a natural evolution. The company has tied up with 500 plus online brands, including all the top brands like Flipkart, Paytm, Snapdeal and Shopclues. 500Startups has invested $125,000 in the company.

What did they learn at 500Startups?

Being the only three women-run startups from India in the Valley there is a lot they have learned by working with the best. Dave McClure meets them at least once a week and his team guides them with the following.

Time for Indian women to shine globally too

It is never easy for women from the developing world to crack it in western markets. To make it worse, their home markets too are not yet ready for their ideas. But some women dare to dream. Take millionaire Anousheh Ansari, for example. She did not know a word of English when she immigrated to the USA from Iran in the early eighties. During her admission to school the authorities suggested she be demoted to Grade 9, from Grade 11, because of her lack of knowledge of the English language. But Anousheh did not want to waste two years because of her temporary disability. She took 12-hour English classes during her summer break to start school at Grade 11, and that tenacity made her successful in the long run.

In under a decade Anousheh sold a telecommunications startup for $750 million, in 1997, and to make it even more audacious, she travelled to space for 11 days. This is what Indian women should aspire to do. We have had a generation of women-run businesses or women serving as top management executives in companies. ICICI Bank’s Chanda Kochar, Axis Bank’s Shikha Sharma, IBM’s Vanitha Narayanan and Omdiyar Network’s Roopa Kudva are perhaps the best-known examples. Surely this era will be about young Indian women who will run their startups and make them into global companies.