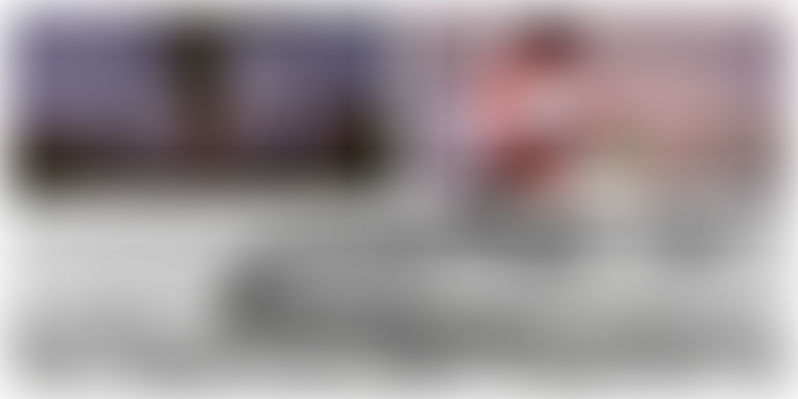 Cinema might be seen as entertainment for the masses but India has seen many a gifted filmmaker who has elevated the visual medium to an art form. They have used their films to make an in-depth probe into the nature of man, dissect the nuances of interpersonal relationships and also used the medium as a commentary on social and women’s issues. Everybody, from the intelligentsia to the common man, sits up and takes note when an issue is showcased through a thought-provoking script and eye-catching cinematography. Here are ten filmmakers who have made the nation proud through their work.

Satyajit Ray took Indian cinema to unprecedented heights, which culminated in an Oscar for Lifetime Achievement, conferred on him on his death bed in 1992. A true prodigy, he was a writer and illustrator par excellence. But he is most celebrated for his filmmaking prowess in bringing the silver screen to life with the beauty of the Bengal rural milieu in Pather Panchali, along with the innocence of childhood through the characters of Durga and Apu and the tragic reality of poverty. His female characters, in movies like Devi, Mahanagar and Charulata, defy stereotypes and are a haunting combination of vulnerability and strength.

Bimal Roy was a pioneer of realistic cinema that dealt with social issues. The classic Do Bhiga Zameen portrays the struggles of a poor farmer and his family grappling with famine and struggling to save their land. The story is relevant even 60 years after it was made as farmers today too continue to face the same struggles.

Though he has a repertoire of interesting movies, Ketan Mehta’s Mirch Masala stands out as a powerful statement on tyranny and oppression. The film showed how in the span of a moment tables could be turned and the oppressed could rise up. Pitting the enigmatic Smita Patil against Naseeruddin Shah, the film has an iconic ending that could be as much about feminism and the strength of women as it is about classism and social inequities.

Winner of the Dada Saheb Phalke award in 2005 for his contribution to Indian cinema, Shyam Benegal too started his career in advertising like Satyajit Ray. His first feature film dwelt on the feudal system prevalent in rural Andhra Pradesh, and the vulnerability of women to sexual exploitation in this backdrop. Manthan has a theme of rural empowerment and is set against the backdrop of Gujarat’s dairy industry. A fictionalised version of the White Revolution of India (Operation Flood), which led to the genesis of Anand Milk Union Limited, or Amul, Manthan is unique because over five lakh rural farmers in Gujarat contributed Rs two each and became the film’s producers. The film went on to become a huge box office success and is a cult classic.

Born in Karachi, Pakistan, Govind Nihlani’s family migrated to India during the partition. His first directorial venture, Aakrosh, is dark and violent, typical of his style in later films, like Ardh Satya and Tamas, where the anguish of oppression and injustice is expressed through a violent outpouring. The protagonist in the story, played by veteran actor Om Puri, hardly speaks through the movie and the film ends with a chilling sequence where he brutally kills his sister to pre-emptively save her from sexual predators and looks up at the sky and screams in his frustration, rage and sorrow.

A poet himself, Budhadeb Dasgupta’s films are also imbued with a sense of lyricism. Bagh Bahadur is about a man who paints himself as a tiger and dances in a village in Bengal, while Tahader Katha is about a freedom fighter who finds it impossible to accept reality after years of idealistic dreams during a lengthy prison sentence.

Another master from Bengali cinema, Ritwik Ghatak has dealt with themes of partition and the trauma of being a refugee in his films. The partition of Bengal between India and Bangladesh was a personal trauma for him and he captured the pathos of being uprooted from one’s home in his films. Meghe Dhaka Tara is listed in the book 1001 Movies You Must See Before You Die.

Deepa Mehta has been much appreciated for the portrayal of strong women, especially in her Elements trilogy – Fire, Earth and Water. Fire dealt with issues like unhappy marriages and homosexuality in the patriarchal society. Earth dealt with the communal strife in the backdrop of the partition of India and formation of Pakistan. Water had themes of suicide, misogyny, and the ill-treatment of widows in rural India.

Aparna Sen’s movies stand out for the well-etched female characters. Her 36 Chowringhee Lane shows the loneliness of an elderly woman, while the protagonist of Sati deals with superstition and gender issues. Paromitar Ek Din explores the bond a woman shares with her mother-in-law even after the breakdown of her marriage, Mr & Mrs Iyer is a love story in the backdrop of communal riots and 15 Park Avenue deals with psychiatric illness and familial bonds.

Winner of 16 national awards as well as the Dada Saheb Phalke award, Adoor Gopalakrishnan is one of the most famous names from Malayalam cinema. His Elipathayam or ‘rat trap’ is about the disintegration of the feudal system, where the abuser finally becomes the victim. Nizhalkuthu is set in the Travancore of 1940s with the last hangman of the Travancore dynasty struggling with remorse since he feels the last person he hanged was innocent. Themes like the moral intricacies of punishment and justice, with realistic, gripping cinematography forms his style. Adoor Gopalakrishnan is a filmmaker who has not made compromises for commercial success and even had no music score for one of his films.