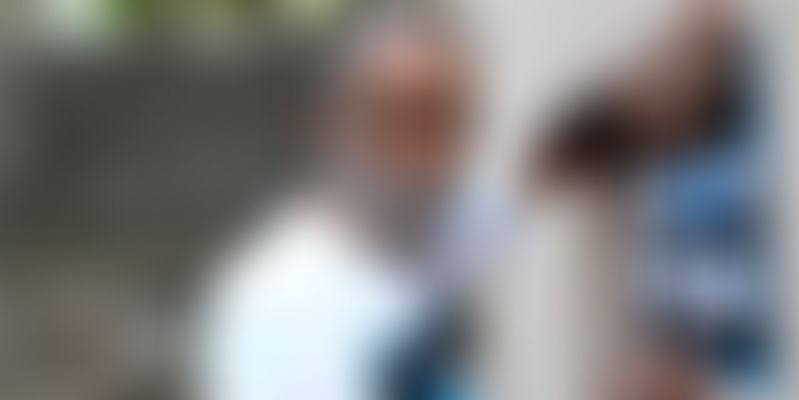 80-year-old Aabid Surti is a national-award winning author, cartoonist and artist. He has 80 books to his credit. On every Sunday morning he visits the topmost floor of his apartment complex in Mumbai’s Mira Road district. He rings the doorbells of all 56 apartments in the complex, asking residents a simple question: “Do you have a leaking tap in your home?” Aabid is accompanied by a plumber and a volunteer. The plumber gets to work, plugging leaks in the homes of those who answer with a yes. Aabid apologises to those who say no. Over the years, Aabid says, his efforts have helped save 10 million litres of water – and also won him fans and followers.

“I was always troubled by leaking taps,” Aabid told BBC. He says he grew up on the pavements of Mumbai where, as a child, he saw his mother queuing up at 4am for a bucket of water. “I saw people fight for each drop. This childhood memory keeps haunting me whenever I see a dripping tap.”

In 2007, Aabid came across a newspaper report which said that if one drop fell per second from a leaking tap, each month 1,000 litres went down the drain. “I couldn’t get that image out of my head, of someone pouring down 1,000 bottles of water into the gutter.” So he formed the Drop Dead Foundation, a one-man non-governmental organisation, with the tagline “save every drop, or drop dead”. He hired a plumber and started going around fixing leaking faucets in people’s homes free of cost.

“When you honestly set out to do good work, the entire universe is there to back you. Not only that, God becomes your fund raiser,” says Aabid. Just days after he decided to set up the foundation, he received news that he had won a Hindi literature award which came with the prize money of Rs 1,00,000. “My costs are low. I pay the plumber and the volunteer Rs 500 each. And I spent some money on getting publicity material, so the money lasted a couple of years,” he says. “And whenever my finances are about to dwindle, God pokes the right person and I receive a cheque without having to ask.” Now, says Aabid, the plumber and the volunteer refuse to take any money from him.