Meet Amir Hussain, the captain of Jammu and Kashmir para cricket team, who has no arms but lots of guts 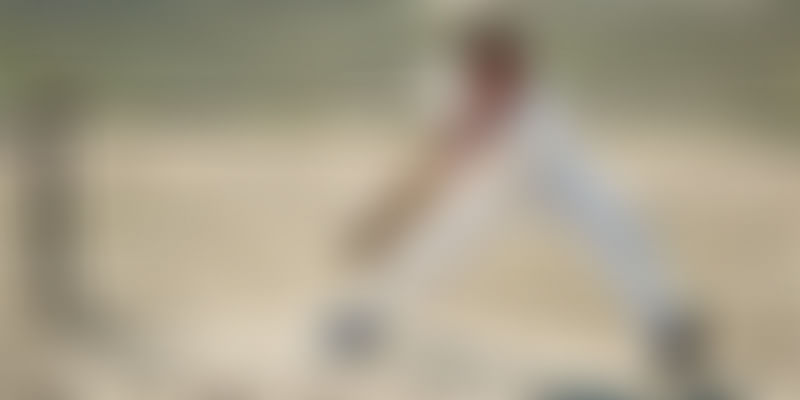 Is it possible to play cricket without arms? Amir Hussain Lone of Wagam village in Jammu and Kashmir, not only plays the game but is the captain of the Jammu and Kashmir para-cricket team. Amir lost both his arms at his father’s bat manufacturing sawmill in 1997. Amir was just eight-years-old. He was fiddling with the switches of the sawmill when both his arms got caught in the conveyor belt. Both of Amir’s arms were severed on the spot. “I met with an accident in 1997 at our sawmill when I was reading in Class II. There was nobody at that time. I had gone there to drop the lunch for my brother and while playing got entangled as a result of which both of my arms got amputated,” said Amir. An avid fan of the legendary Sachin Tendulkar, Amir has overcome gigantic obstacles to realise his dream of playing cricket.

According to NDTV, Amir bats by holding his bat between his neck and chin. He bowls with his legs. Amir’s favourite shot is a flick off his legs towards square leg, a shot played with elan by his idol. While bowling, the 26-year-old uses his right foot to grip the ‘cherry’ and deliver a loopy leg spinner, which many able-bodied aspiring cricketers would envy. “I am a great fan of Tendulkar and want to play like him for the national team. He is my inspiration,” said Amir.

“I had to face a lot of struggle in life, but never gave up,” said Amir. With determination Amir started playing the game and after many tries succeeded in holding the bat and throwing the ball. “I adopted various techniques to overcome the challenge of being armless,” added Amir. While following his love for cricket, Amir started his battle to be independent. He learned how to use his feet to write, to bathe, to shave and even to change clothes. “He is not dependent on anyone. He does all his work by himself,” Amir’s father, Bashir, said.

Today, Amir is a shining example for all differently-abled people in his area though the journey was not a smooth one. “My grandmother played an important role in persuading me to go to school. She used to spend whole day with me and did not allow any negative thoughts to creep into my mind. When a teacher asked me to stay at home instead of coming to school, she gave me confidence and support,” Amir said. It was during his college days that a teacher spotted his talent for cricket and recommended him to join the para-cricket team. The years of practice paid dividends as he rose to become the captain of the state para-cricket team.